We drove around the roundabout at 9th S & 11th E yesterday to look at the somewhat controversial whale sculpture. I liked it. It’s quirky, whimsical, and colorful and we could use more of that.
(Photo from the Salt Lake Tribune) 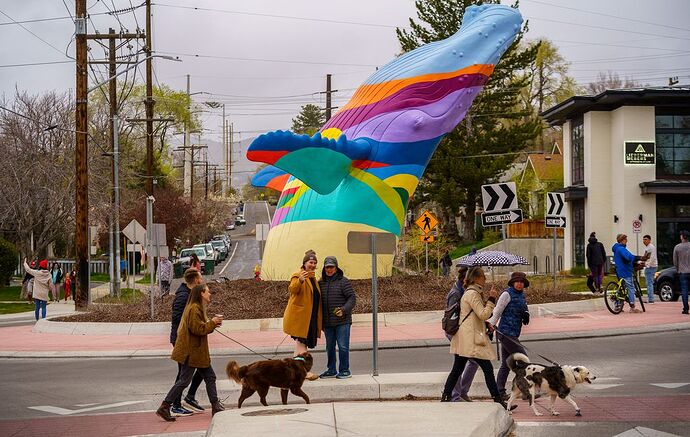 I also laugh at the people in the Trib’s comments complaining that it blocks their view of oncoming traffic. So what? It’s a roundabout. You don’t need to see the oncoming traffic, only the traffic approaching from your left.

I can imagine how the people complaining about it would have reacted in Barcelona when Gaudi was designing the Sangrada Familia (a building that brought my wife to tears with its beauty) or Park Guell. Now, those things bring a unique character to the city. In my view there’s nothing wrong with this art and it makes the area more interesting.

Just read that article. What are your thoughts on its orientation? One of the people in the article likes it, but thought its orientation should be turned 90 deg.

I thought that was a crazy complaint. Seemed selfish.

I’m indifferent to it although my tendency is to be a fan of public art. I think a legit gripe is, “What does it have to do with… anything around here?” Kind of like seeing public art in San Diego showing the red rocks of Moab or something. But Salt Lake has always been kind of schizophrenic that way… so maybe it fits.

That’s things so ugly and out of place that it just might work.

It should’ve been a giant brine shrimp.

Which brings up visions of teenagers getting high and then going inside.

“Dude… we’re inside of a whale! Wait… is your name Jonah? This is all so, so… amazing!”

It should’ve been a giant brine shrimp.

In honor of the Saltair FC Fightin’ Brine?

In honor of the Saltair FC Fightin’ Brine?

“The Brine Shrimp that Ate SLC”

I finally saw it in person yesterday. People have taken to placing garden gnomes around it. I’m typically a fan of public art and really have no problem with this, but there is definitely something kind of off about it and not in a good way.

And I’m okay with art I don’t personally like, or art that challenges or even perplexes me. But it is just kind of a big, “Huh?” thing for me. It’s kind of oddly situated, with really the best angles not viewable from typical driving corridors (it is the center of a roundabout). Even though it is permanent it feels like it is temporary.

The other time I felt like this was in St George recently where they do have temporary art installations in the city square. There was an old propane tank sculpture that also felt like, “Huh?”

Maybe the community contributions of the garden gnomes will redeem it, but what I think is we have a case where the art actually isn’t really that good but everyone is kind of afraid to admit it. It’s kind of like because it is weird and out of place that we really should like it… but because the natural public art haters are upset about it we feel like we should defend it?

Another controversial piece of art in Utah that got similar outrage going was the Utah Tree back in the day. I actually love it and if you ever stop it is pretty interesting and inspiring - even if it doesn’t appeal to my natural taste in art - and it is another ‘out of place - what does it have to do with Utah’ piece of art.

I think if you’ve experienced both you’d get what I’m talking about.

But the good news is since it has been installed the snowpack in the mountains has greatly improved. So if that is all it takes to justify the whale - let’s put more up.

I like it a lot. It is whimsical and fun and brightens the area. Concistsnt with the personality of the 9th and 9th area. That it elicits a response of “huh” is part of the point.

I like it a lot. It is whimsical and fun and brightens the area. Concistsnt with the personality of the 9th and 9th area. That it elicits a response of “huh” is part of the point.

I get that, but it isn’t a good huh. It is an indifferent huh - is that really the point? I know this isn’t a popular thought. I honestly went expecting to like it far more than I did.

Like I said before, it should’ve been the giant Brine Shrimp that Ate SLC.

Or a seagull doing a breach like a whale!

Hmmm. Reminds me of when the full-sized steer was removed from the roof at Murray’s Meat Market 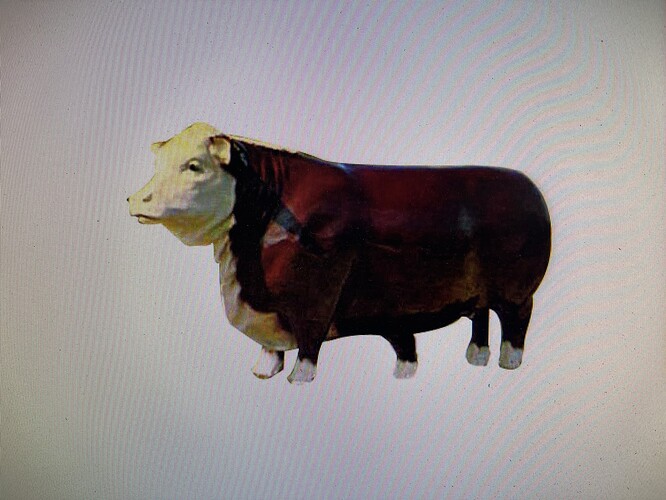 He Rocker–the Whale now has its own twitter account, and has more than 1500 followers. You can take up your complaints directly.