Pretty excited to see our Utes get a 7 seed in the NCAA women’s tournament this year. They really had a great end to the season and played Stanford hard and kept with them for 3/4, before tiring in the PAC tourney. The University of Utah women's basketball team is heading to the NCAA Tournament as a 7-seed against Arkansas in the first round.

For those that didn’t see, the Women’s team beat Arkansas like the proverbial drum yesterday. If it wasn’t for a couple of garbage time three pointers against the deep end of the Utes bench, Arkansas would have lost by 30.

Gylten with 11 assists, McQueen with 20 points.

All here should really watch this team. They are really fun and nearly scored 100 points. They run a fast paced offense, lots of motion and the picks they set, wow. Yesterday, they had so many open looks it was almost scary. A total of 15 three pointers made, most of them wide open. I said it before, this is a fun team to watch. Those of you who are lamenting the men’s team not doing anything for several years, should be watching this team.

Next game in Austin against the #2 seeded Longhorns at 3:00 PM MDT (5:00 PM EDT) on the flagship ESPN. Set your schedules or DVRs as appropriate. 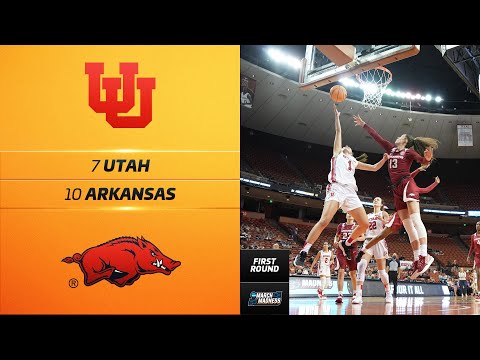 Somewhat insightful preview here from a Big12 media guy. Except for this part:

How They Got Here: Texas won the Big 12’s automatic bid. Utah received an at-large bid out of the Mountain West.

Utah received an at-large bid out of the Mountain West.

Yeah, that is pretty bad and reflects the attention that is spent generally on Women’s b-ball. In your link, I also read that Utah last was in the sweet sixteen in 2001 but I could have sworn the Utes made the sweet sixteen in 2009 and lost to Maryland. But a quick google shows that they did indeed lose to Maryland in 2009, but it was in the 2nd round.

That 2001 team was really strong- probably best in program history and actually should have gone deeper than they did. There were some other really good teams throughout that decade in Elliott’s final few seasons as HC.

There were some other really good teams throughout that decade in Elliott’s final few seasons as HC.

I loved the Krommenhoek and Bills led teams of the late 90’s. At the time I had the pleasure of helping Coach Elliott here and there with the team and her personally. Good person. Elliott had such good teams a lot, but could never get over that hump in the NCAA tourney.

Oh, and some Sunday schadenfreude for everybody. BYU got upset by Villanova. As far as hatable players go, that Harding for BYU is right up there.

And Juddy blamed the ball being used for the tournament for their loss. Said it caused them to miss shots.

And Juddy blamed the ball being used for the tournament for their loss.

WTF? How was the ball different? What did he say was different about it?

It’s a new ball, but everyone is using it obviously

Well, the run has ended in a somewhat disappointing fashion. I think they can certainly hold their head high for a great accomplishment this season with a young team.

Texas is really good, and it is hard for me to remember their missed shots, there were so few. Texas also played great defense and the young Utes got sped up and a bit out of control in managing the Texas press. Texas, coming in, was a team that created turnovers and it was a key for Utah to do well to handle that defense, and the Utes just didn’t.

I really like the team’s fight to the end despite being a bit overmatched.

Congrats to the team for a great season!

2006 Utah made it to elite eight, losing in OT to Maryland (who ended up champions)

A good effort by our ladies this weekend, comfortably beating Arkansas, then running into Texas who was just too much for us. Thought the Longhorn coach displayed a lot respect and class to our coach and players during the postgame handshake.

2006 Utah made it to elite eight, losing in OT to Maryland (who ended up champions)

Yep, you’re right. That was the game I was trying to think of earlier this thread. 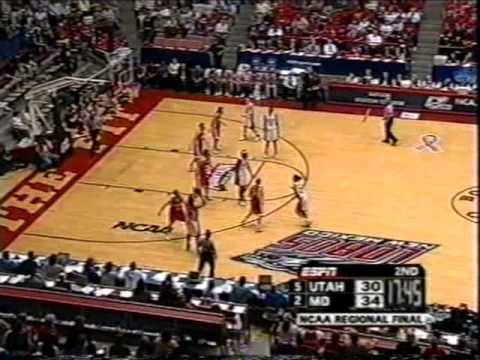