Who here has made the switch to Google Fiber?

If I were to rank ISPs that I’ve had based off pricing and reliability it would be this:

Google - it has never gone down once in two years. The price is just a flat rate, no surprise mystery charges. They did have to charge a tax that they notified us about well in advance. No throttling, no ‘burstable’ speeds and all that other nonsense. The installer showed up, did exactly what we asked with minimal intrusion and set up everything. Most of all (and this is actually related to a elderly neighbor’s Google, not mine), calling customer service was a breeze.

Xfinity - My personal experience is that I would have to reboot a few times a year. If I ever had to call customer service it was a total nightmare. Completely awful. There are websites dedicated to this fact. And of course billing nightmares where you’d have a reasonable rate that would jump up to a crazy amount and only the threat of cancelling would move the needle. I hated the customer service nightmare that was always Xfinity so there is no price that would get me back.

CenturyLink - The installer actually ran the service into my house through a cracked open window. No I’m not making that up. When I called to complain they told me it was temporary and that he’d be back the next day to finalize it - never showed up after maybe 20 calls, I ended up fixing it myself. The service went down with wind, rainstorms and what not. Also customer service and billing nightmare… and if you ever wanted to upgrade they’d require you to buy new modems and then try to charge you an install fee, even though you’d have to do it yourself. I’d usually just buy the modem versus leasing but then I’d notice on my bill that they were charging me for a leased modem - and their modems are garbage. Expect them to fail in about a year.

…ger be acceptable to shut a service down for hours at night.They did let me speak with an agent when I cancelled my service, and only then offered me some promotions that would lower my bill close to what it had been prior to the recent price increase. Of course, by then I had gone to the trouble of installing a replacement option, and had no intention of considering them further.It’s a commodity. I now have two of the three major services physically connected to my home. If I ever need to, I’ll have CenturyLink Fiber run to the home, as long as they do it to my specs. From now on, I’ll plan to change anytime I’m unhappy with my current service. From everything I’ve heard, Google will be better than anything I’ve ever had, so I don’t expect to have to change anytime soon. We shall see…

CenturyLink is AWFUL, service, products, etc are all bad. Our other option, Optimum, isn’t much better. I miss the days when we had Xfinity/Comcast, just to give you an idea of how bad our ISPs are.

I would love for Xfinity, Spectrum, Google, any other ISP to come to our area, create competition and force the ISPs to create a better infrastructure. As it sits now, neither CenturyLink nor Optimum have a reason to upgrade.

One thing that probably contributed to my stability with Xfinity is that I own my own modem. Yes, it’s mostly about saving money in the long run but I also suspect it isolates me from any surprise firmware upgrades and having my wireless bandwidth leeched by their hotspot services.

If Google needs me to switch to their mesh hardware as part of the install I’d say “no thanks”. I recently went through the trouble of running cat-6 ethernet through my house so I could put a wireless access point on each of the three floors, wired all the way (via a couple of switches) to a single router. No more dead spots, no more wailing housemembers begging to reboot the wireless router. The problem with a mesh is that your wireless signal is relayed among the devices until it gets to your ISP modem. Good solution for larger homes, but not great.

Circling back on the streaming subject, I found that most if not all streaming solutions allow you to pause subscriptions or pay a-la-carte per month. Considering that I saved over $100 dropping cable TV, I can easily switch to most streaming services to binge one show, then move on the next month, and still save a bunch of money. Some times I can cheat with a trial month and cancel before paying.
So far:

I did lose my HBO streaming included with Xfinity, but I’ll revive it some day to catch up on my stories. I’ll let them queue up so I can binge in 30 days and then cancel.

I’m still saving a buttload of money, especially considering that I had this streaming strategy before I cut the cord. I might add a TV service later for the sports.

Still waiting for Google Fiber to be an option where I’m at. Due to WFH and being in a tech job, Xfinity is my only option right now. Ugh.

I thought I was the only one to still say that.

I thought I was the only one to still say that. 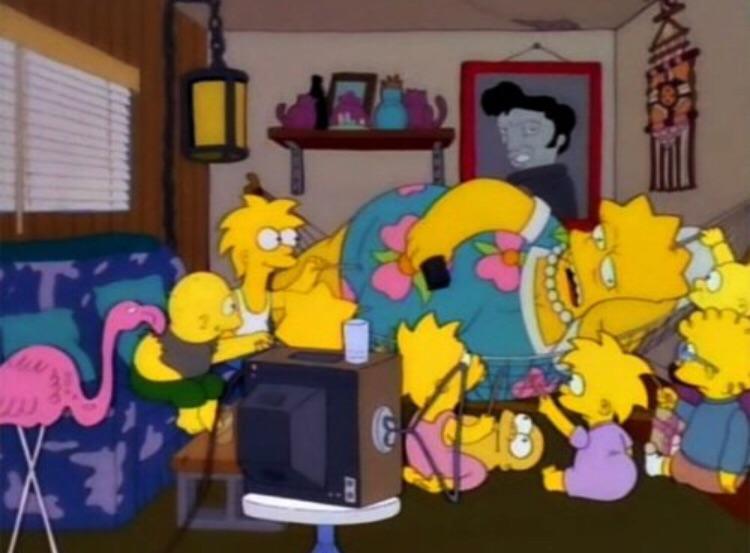