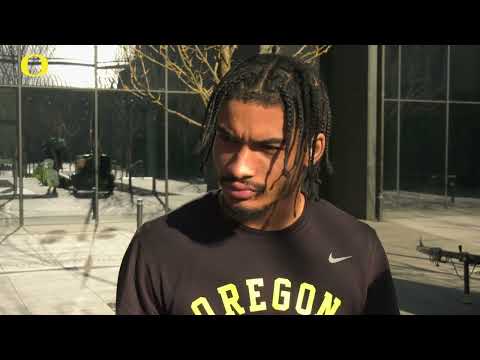 Just before, he basically also admits to faking an injury (part of the game plan, but he’s ok)

Can you trust him? I’m not sure I would.

He didn’t seem like it was intentional or contrived and just came out in the course of an interview. Just talking without thinking too much.

But could be all a setup. Just don’t think so. Listen to it. He also inadvertantly says his faking an injury was coached. Either he’s a really good actor on Lanning needs to restrict who can interview.

Gotta win this one - regardless of whoever shows up to play QB for Whoregon on Saturday.

The line moved from Oregon -1 to Utah +2. So is Nix out? Does anyone know for sure. I’m surprised Utah is favored.

If Nix plays it means Scalley might not need to be concerned with the QB run game as much, can dial up pressure to force the ball out quicker, not let routes develop.

If it’s the 2 @ QB we’ll see what he has on escapability and the run threat. That might actually be more of a wildcard, but we should be able to force mistakes with a less experienced QB.

The 2019 D was the pinnacle of being able to really mess with QBs and making presnap and early play reads less of an impact, because Burgess and Blackmon could play both positions and both could cover really well. This defense maybe doesn’t have the same number of draft picks in the same class, and has taken some big play shots, but we move around a lot to keep the QB guessing, and at this point in the season Scalley can dial up any package he wants.

How strong is the revenge factor for the Ducks vs the let-down of getting bounced out of the CFP hunt? If we can get up early it would help the crowd convey their anxiety to the players. It would be nice if the post-game reaction was all about how Utah is in Oregon’s head.

I don’t trust any line showing us favored at Autzen. Never. That place is even more of an advantage than RES (which is saying a lot).

That being said, we can win. But the Ducks are way better than they played last week and they have painted a giant bullseye on tomorrow with a lot of angry memories from last year.

College ball is all about emotion and while our team has some, I have no reason to think the Ducks won’t have more tomorrow.

But if Nix is lacking some mobility we have a good chance. Plus luck.

Just wish the game was being played at 4pm here

I think the whole thing is a snow job to get us to use practice time to prepare for two different QB’s.

This is a huge game. I hope we win. That won’t guarantee a berth in the CCG (still have to beat Colorad9), but it gives us a big leg up.

That’s right folks, it’ll be a shutout after Whittingham puts our cheerleading squad in for the final minute. The Ducks will march it all the way to the goal line only to be picked off by the 5’ tall 90lb cheerleader in the end zone.

No mercy for Uncle Phil.

Yeah it looks like it will be a one-pointer, even though we are all about Utah by 5.

Here’s some analysis of Bo Nix’s skills and style by Max Browne. We won’t know if Nix is going to play until we see him walk out on the field, but it’s interesting to see the tools the guy has–when healthy. 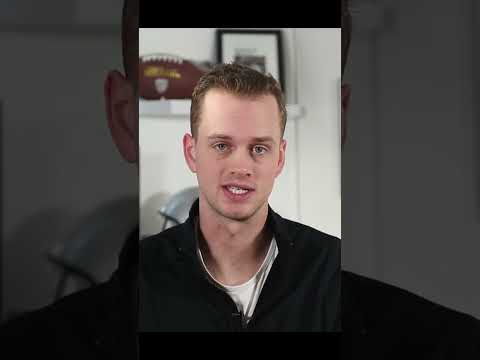 Those rat bastards at Gameday unanimously picked us to beat the Quack Attack in their house today.

Somebody sacrifice something to undo the hex now!!!

…and on a related note, the Beavers and Scummies kicked off at noon on the Deuce today,

Ducks have our number this year. Nix is meh, but Autzen…

Nix is meh, but Autzen…

This is my biggest concern, as we have looked like a very different (worse) team on the road this year. I think the crowd plays a big factor tonight, remains to see if we can handle it.

I’m guessing a close one into the 4th that could go either way. I’ll say 34-31 Utes, but it wouldn’t surprise me to go the other way.

I think the only result that would surprise me would be a Utah blowout, a la last year

I hope we win this game, I really do. But if we do lose, I’m gonna take solace in the fact that we are bowl eligible and will still get a decent bowl, so there’s that. And if we win, we get a shot at a really big bowl.

I think my hope for this game is reasonable: We duke It out with the Ducks for the first half (with no slow start), and it’s pretty even at halftime. By then we’ve shown we can hold our own (but not dominate) at the line of scrimmage on both O and D, and our pass rush has at least made their QB (whoever it is) a little uncomfortable. Meanwhile, our O-line has allowed Rising to do his work most of the time. And–critically–we’ve beaten them up with our run game, with Thomas pounding them repeatedly, and the other RBs filling in now and then with finesse running.

Midway through the 3rd quarter Oregon’s players are getting tired and we start pulling away.

Hey, it could happen!

I think we should punch them in the mouth like it’s 2015 and keep going.

Hey PAC12, I will pay for any streaming service that promises not to make me miss the 1st quarter of every game they televise in the later time slots.