Most overrated restaurants in SLC?

Every time I’ve eaten at R&R it’s been fantastic. I’m not hugely picky about my bbq though, so maybe it’s just terrible and I don’t have much basis in comparison.

I like Banbury, Market Street, Red And Blue iguana, The Mandarin, and Maddox. Maybe I’m just pedestrian in my tastes. Or maybe all of these places are popular for a reason. I’m fine with going along with the crowd as long as the food tastes good to me.

That’s all that matters.

I saw above Red Rock mentioned. It isn’t on menu but ask for their Kobe Burger, it is crazy good. I took my son for that once about 5 years ago and he still thinks it is the best burger he’s ever had.

It’s usually on their specials menu. I like their French onion steak sandwich more.

maybe instead of a listing of best restaurants, we need a list of best meals to order at a particular place.

I don’t know about Rio Grande, but those other two takes are spot on.

…The fact of the matter is some of these jobs are just terrible jobs that only got worse during the pandemic. Even before the pandemic, retail workers were often treated terribly by customers and management. Many of these workers were deemed “essential” and forced to work while others were presumably staying home and staying safe. What does it say about our society when our “essential” workers are the most poorly paid and often living on the edge of poverty? For years we have seen the income gap in this country grow seemingly unabated. Productivity has improved, and top levels of management and stakeholders have enjoyed huge improvements in wealth with very little allocated to workers. And we are surprised when no one wants to work these jobs anymore? We are reaping what we sew.

Just a helpful note for clarity’s sake: you mean “sow”, as in planting seeds. Damn English can be insanely tricky unless you read/write a helluva lot, and/or study several foreign language s like I have, so that you end up learning a lot more about your own native vocabulary - expanding into words you understand but have never personally used. And a lot of our old anglo-saxon irregular verbs really confuse things. Excellent example: Past tense of “slay”, isnt slayed, it’s “slew” (Samson slew the Philistines.

How many of you are familiar with the verb “to fray”? It’s been back-formed into a noun (into the fray) but still retains the core concept of a struggle so wild everything comes unwoven, etc. Old-timey phrasing will use the expression “it was fraught”, which is a past tense of Fray. But not many native English speakers will tumble to that epiphany and put the two together.

Of course we’ve all seen the current linguistic PLAGUE sweeping English (undoubtedly due to stupid young girls too lazy to use proper English when texting) involving the use of an apostrophe when making a plural word. Hells bells, pluralizing was always one of the easiest things to do in the language, with the only complexity coming when converting a Y into IE before adding the S. But now we have College graduated people (some are Master/Doctor level) spreading that disease all over, and as a linguistic-minded polyglot it makes my head ASPLODE. I’m a pretty mellow person, trying my best to emulate Christ’s example of being peaceful and forgiving, etc. But Raging injustice & mistreatment of the vulnerable now has a challenger for what can turn me into a VIolent “Wrath of God” minded person! HAHAHAHA!

A ways back in the thread there were complaints about Maddox. Being a Brigham City boy who went through school with the founder’s daughter, I found that surprising. Yesterday we picked up fried chicken, cole slaw, corn bread, and onion rings on the way up to visit my mother in her care center. The chicken was, as usual in my memory, perfect. Moist, not overcooked, and a properly seasoned not-greasy skin. Same with the onion rings. From take out order to delivery to the car was maybe five minutes.

So, in short, I have no idea what you guys are talking about.

I always liked Maddox. We’d stop there on the way to UU v USU games.
Plus, their CB Maddox Chicken in Layton is fantastic! (I don’t eat meat any longer, but they were one of my favorites)

A ways back in the thread there were complaints about Maddox. Being a Brigham City boy who went through school with the founder’s daughter, I found that surprising. Yesterday we picked up fried chicken, cole slaw, corn bread, and onion rings on the way up to visit my mother in her care center. The chicken was, as usual in my memory, perfect. Moist, not overcooked, and a properly seasoned not-greasy skin. Same with the onion rings. From take out order to delivery to the car was maybe five minutes.

So, in short, I have no idea what you guys are talking about.

their little drive in attached to the restaurant is solid too. Although Peach City in Brigham City is slightly better IMO

Another old haunt as a kid. Heck, they still have car hops. A couple of months ago after seeing my mom I had one of their burgers. Top notch. Back in the day, our little ward barnstorming basketball team The Gentiles used to go there after long nights of playing hoops among ourselves or after games at various ward/stake houses for a shake. The chocolate/banana shake with fresh bananas was a go-to item.

OK, well I think everyone who likes Maddox can eat small children in Hell with Satan.

Seriously, though, I used to enjoy the stop on the way to Logan. The last 3 times I did, within the past 5 years, I’ve been disappointed.

Sorry if I tossed dirt on fond memories of yesteryear.

Ill say this…if I could go to Maddox, place an order, have it and be on my way in 5-20 minutes, itd be ok. For me its the process of calling ahead for a reservation and then still waiting for 45 minutes in an overcrowded area that does it for me.

I almost died after a dinner at Maddox. I made the mistake of ordering the T-Bone dinner; and was so overloaded by the steak I had meat sweats for a week.

RUT ROH RAGGY… Banbury Cross in for a world of bad press: 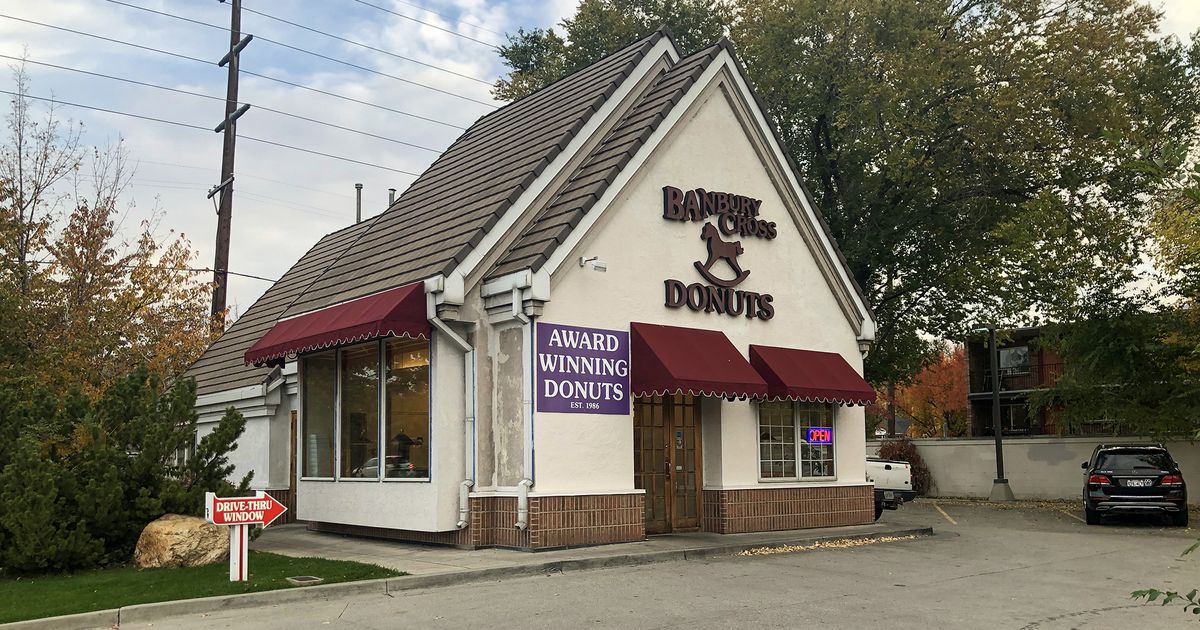 A beloved Salt Lake City doughnut shop is getting scorched online for a sign it posted blaming government assistance for its lack of staff.

A ways back in the thread there were complaints about Maddox

My “complaint” was that I went there and they were out of chicken.

So help me out fellas on the Banbury Cross thing. I get that it is bothersome that they said this… but I don’t see it much further than this. They’ve got a different opinion than me, but man people act like they found out Banbury was injecting human blood in their jelly donuts.

I think they’d be wise to stay out of politics, I don’t like the message, but I also wouldn’t refuse to shop there over this. The reaction to a stupid sign doesn’t seem proportional to its offense.

Their owner has come out and said it was an employee who put the sign up without authorization.

They took it down as soon as they found out, and they do have a policy of staying out of politics, just for what it’s worth.

I’m not a conspiracy guy, but…

Yeah it seemed like a major backpedal after he got caught saying stupid stuff that jeopardized his business. I don’t believe him at all. He’s just proven to be a whiny, entitled, ■■■■■■■

I’m not a conspiracy guy, but…

But I also think it’s just as likely it wasn’t the owner based in evidence.