Most overrated restaurants in SLC?

Yelp’s list of the 10 best restaurants in Salt Lake City.

I think I have heard of two of those? yeah as Yelp is 100% subjective opinions with nothing neutral to mitigate them, I dont pay much attention to it… I wait for personal word of mouth.

I married into a family that loves to go there but I have to say that Maddox is overrated. Its ok. But I dont get the appeal in driving up there from the valley.

We stop at the drive in on the way to Bear Lake. It’s fine for what it is. Never been in the dining room though.

The outfits are gone. The food is so-so and way overpriced. The draw at La Caille is the beautiful grounds there.

All the Gastronomy (Market Street etc) restaurants used to be fantastic. The New Yorker, MS, Oyster Bar, The Italian one nearby, and the Chinese one up by the U on 1300 East. They were all consistently good, but they started going into decline, closing one by one, and then when the owners died, they just went to $#it. It’s like everything there is just from frozen pre-made stock. Even the clam chowder is watered down. It’s truly sad.

THe clousre of the Market Street Broiler by the U shocked the hell out of me. It was my fave Seafood place ever. and that setting was amazing. the Chinese one was called China Star, and didnt last terribly long… its a Bagel place now? The Italian one was Baci Trattoria, and was my fave easy night out place. I would actually sit at the bar-like section in front of the Pizza oven to relive my glory days in Napoli… (this was YEARS before Settebello existed)

Since Colosimo sausage is no longer a thing ( they shut down a few years ago) GOod luck!

Actually, The “McColosimo” stuff was what got shut down. You can still get real Colosimo sausage at Colosimos Standard Market in Downtown Magna. About once a quarter I go in and load up on Brats, Mild Italian Sausage, and kielbasa.

I dont think the term “restaurant” can be applied to Chuck-a-rama. It’s been nothing more than a giant feeding trough since my evil stepmother worked at the Ogden one in the 70s

That was a sarcastic dig at loyter, not something to be taken seriously.

Not sure if it is still busy but my wife would add the Mandarin in Bountiful. As an actual Chinese she can be allowed to judge that it is actually not the best Chinese food in town. My brother went there once on a slow day and was disappointed by the blandness.

Chinese cuisine in Utah took a major hit with the closure of Maple Garden in Ogden.

This talk of food troughs reminded me of this: 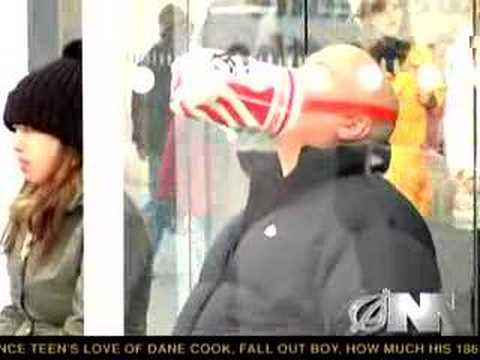 25th and wall, union station. We get take out there once every couple of months or so.

But they don’t mind taking government handout themselves.

Not sure if anyone would say The Desert Edge is overrated but their food really sucks. I mean, it is truly terrible. I ordered a sandwich there recently and was reluctant to pay for it. Total garbage.

The one thing I’ve enjoyed there is the chicken sandwich on ciabatta, just a couple of days ago. I was in a hurry and needed to grab some food at Trolley, so I went to the Desert Edge kind of dreading the food I’d get. I was pleasantly surprised. Really enjoyed it.

Definitely crossing them off my list of places to ever try.

Color them off my list of businesses to do business with.

I’m the exact opposite. Red Rock has mediocre food and beer, I’d much rather go to Squatters.

Taco Taco is pretty decent. They have a Cauliflower Burrito I really like
Seasons Plant Based Bistro is fantastic, even for non-vegans