Dairy Cougs vs. Another Type of Cat Chat

Anyone watching tonight’s game? I’m rooting for the cow-tippers up north. I know its schadenfreude, but I’m hoping they play inspired football and de-claw TDS. Rowwrrr! 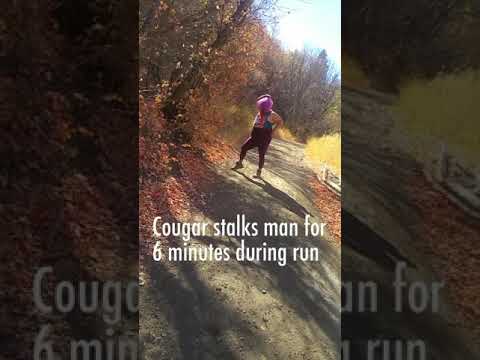 Addendum: Any chance for a game thread to chat about what goes down?

Let’s make this thread the chat.

I’ve always liked the Aggies, hope they can pull it off.

But I’ll add, I’ve watched about 10 minutes, and even though the aggies just scored they look baaaaddd.

It’s an indictment of the Utes but I think BYU is a paper tiger.

Thanks so much!
Good college game going. Agies have Spunk. BYU seems rattled.
What happened to Romney?

Which Romney? He realized his parents named him Gunner?

Algiers is the real deal. Can’t believe he was a walk on.

Oops, well that was fun…

BYU lost 3 O lineman going into the year, and are down 2 more today and are blocking unbelievably well.

I was told you need time to gel. I’m
confused?

Wow! Those end-zone walls look like a hockey rink.

I have a summer home (and old farm house that needs a lot of repair) near Paris Idaho, and over the years have stopped on the way to Paris for a Friday night Aggie (almost always vs Ute’s) game and have always enjoyed seeing a game in that stadium.

Just checking in tonight and am very disappointed to see that the REAL Cougs, beat the so-called Dairy Cougs.

I remember that my parents, grandparents, and in-laws and their parents who all remembered the good old days, considered Utah State the real Utah rival, and so don’t quite agree with calling anyone in Logan a Coug.
.
Regardless, the team I would have rooted for lost tonight

I just got back home from the game in Logan.

I really enjoyed my time in Maverick Stadium. It may be small but there is not a bad seat in the house there. We were up in section 220 in the cheap seats and we still had a great view of the entire game. I was a little disappointed in the Utah State student section. They weren’t nearly as loud as I expected them to be.

It was good to see the third string quarterback come in and manage the game well enough to win a game for us.

What happened to Romney?

Romney took a hard hit towards the end of first half. They pulled him out in the second half for a concussion protocol and let the third string quarterback come in and win the game.

We were up in section 220 in the cheap seats and we still had a great view of the entire game.

It really is a nice Stadium and a spectacular way to spend an early fall evening. It’s colder than SLC, and certainly Provo, but still a beautiful way to spend a late September Friday evening watching in-state football. Anyone who has not taken the opportunity to do so, is encouraged to try it.

Bring a Jacket, a stadium blanket, friends or family with which to snuggle, a small flask, if you’re so inclined, and expect to have a great time. My last time there was 2008, the Sugar Bowl season. I don’t recall the score but Utah won by what seems like a lot. The Aggies beat us there since then (not sure what year), but I’ll be in Logan for any future USU vs UoU game, if we ever schedule them again.

It was the real rivalry, or so I’m told…

Really wish we still played the Aggies once in a while. Used to quite enjoy the biennial trip to Logan. Great times. Friendly fans who made us feel welcome, and great views of the Cache Valley from the East side seats.

Back before Lavell Edwards took over in Provo (which before my time) and BYU rarely beat either the Utes or Aggies, the “Battle of the Brothers” was considered the marquis in state game.

The roadie to Logan was a fun trip. They have a good game day thing going on, too.

Why not dump the East Provo contract for one with USU? Other than it would totally piss off the Legislature and probably result in a State Funding cut in retaliation…

I was under the impression (I should check) that USU has more games with both the U and TDS. That TDS’s “rivalry” with USU is longer than ours.

Why not dump the East Provo contract for one with USU? Other than it would totally piss off the Legislature and probably result in a State Funding cut in retaliation…

So let’s talk about the cooooooogs for a minute. BYU is on the precipice of a special season… far more legit than what they had last year with some decent wins on their schedule so far. Here is what I still don’t know though, are they actually any good?

BYU hasn’t trailed yet this season, they come out strong and seem to fade in the second half allowing their opponents to surge back. So ranking their best wins:

(Countdown to wing nut coming to correct my characterizations here). So this is not a group of world beaters here with some pretty bad teams here. On Utah State I liked the QB Bonner, but they were terrible - their defense looks like it a bunch of college dads trying to relive their glory days on the Emery high football team 25 years ago. Yes BYU lost their second QB but the only reason to not hand the ball to Algeiers is for him to catch his breath after running another 60 yard run. This game should not be as close as it was.

I know the transitive rules of football don’t apply but they might be a little useful here to look at the rest of their season. So who do they have ahead?

And of course Wazzu, Idaho State and GA Southern are left - should be 3-0 on that, but Wazzu may surprise? Probably not.

Right now BYU is ranked #13 - but from what I’ve watched of them and past similarly ranked Utah teams… I don’t know if that is a warranted ranking. And as far as scoring margins go, I get that Kalani is Whittingham lite and that is the type of football they play - but for the life of me I can’t understand how teams as bad as UCF and Utah State have been able to move the ball on them in the 2nd half.

I could be wrong and they win out, but of those four highlighted games I think the best they can expect is to go 2-2 and it is very very possible they go 0-4.

We shall see, and I’ll be interested to see how Utah does after the utter devastation that has happened with the loss of two teammates in less than a year. Do we bounce back? I can see it going either way - inspired play for their fallen teammates or justifiable deflation. I’m just focusing on supporting.

I really wanted to Aggies to win, just because that would have been huge for them. I love their fanbase and as mentioned if I had a second team it would be them. Just a fun place when it comes to sports and the campus community.

Good write-up. I appreciate you taking the time to put your thoughts down about my team. BYU is 5-0 & we have not trailed in any game this season. We are winning games with our first second and third string players. I am cautiously optimistic that we will win next week and I like our chances playing at home against Boise State.