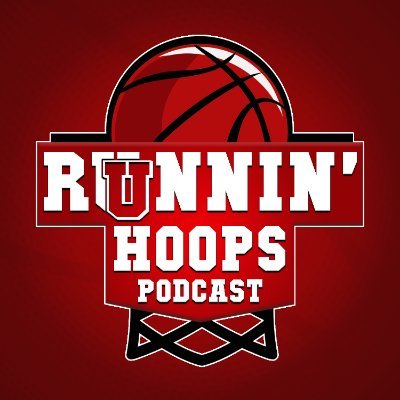 ‘23 Matt Reed’s recruitment is starting to head up On3 caught up with the big man recently to talk about what he’s learned and where he will be going READ | https://t.co/DaK5X9Sxe2 https://t.co/2su3FZh7WB

Hopefully we get him and it turns out better than our old Matt Re[a]d.

That’s exactly what I’m worried about applejack. Maybe something changes in the next year but the new staff have missed every single target and that is bad. I don’t get the blind optimism by some people on the board.

That’s exactly what I’m worried about applejack. Maybe something changes in the next year but the new staff have missed every single target and that is bad. I don’t get the blind optimism by some people on the board.

Didn’t we just land a commitment a few days ago?

Calm down. I’ll tell you when you should be concerned. It’s way too early.

Is this your field?

You sure about that? There is no way Coach K loses 8 in a row this year. So far the only data we have shows bad coaching and terrible recruiting. Maybe it will get turned around but it’s not looking good.

Edit: I want to clarify that I hope it gets turned around. I want Smith to succeed.

Look, if all we wanted was winning seasons, Krystkowiak would still be here. If we have to suffer some pain for a while to rise above reliable mediocrity, I’m happy to endure that. Smith inherited a nearly bare cupboard, had little time to recruit, and now has had his best player out for most the Pac 12 as well as other injuries and problems.

It takes more than 2-3 good players to win championships and go deep into the tournament. You need a system, buy in, chemistry, defensive ethos, especially at Utah.

The coach needs more than 2 months to get it done. Also there are many examples of basketball coaches who were very successful after 3 years of struggling. For that matter, there have also been a lot of bad talented basketball teams.

You may just have to trust me that it takes time, and a lot of blood sweat and tears and patience to build something great. I’m sorry there’s no instant gratification. If that’s what you want go drink a whiskey.

However, I note that Krystkisk finished 8th or lower in 5 of his 10 seasons, including his last 2. His last team was not good and almost the whole team transferred, which wasn’t unusual even when he didn’t get fired.

Calm down. I’ll tell you when you should be concerned. It’s way too early.

OK, do let me know when the time is right.

I am not aching for Kryskometh; firing him was a no-brainer that happened 4 years too late. Living on the NIT bubble is not what you want from a coach.

And yes, Smith had a bare cupboard to work with. No doubt about that. This year was going to be a waste.

But I, as you know, am a futurist. And nothing about the future of Utah bball excites me. Colin Chandler, a die-hard Ute fan growing up, was a lock; he was a four star recruit who might change the trajectory of a struggling team. Then he visited the Virginal Vallehallah for one weekend and BAM, he signed with them. We have players from last year’s squad playing major roles for Texas and Arizona (who, btw, have better conference records than we do). And the recruits are not there.

Maybe C. Smith has a plan, and I pray that he does, but I’m worried.

Those two players are playing, I wouldn’t say Pelle is playing a major role.

Timmy is doing what he did here, but to a lesser extent. His stats are down other than FG% (And turnovers. His assists are down, turnovers are the same)

All that being said, too many people act like these 19, 20, 21 year old kids made their decisions in a vacuum. Where the coach was the reason they chose to transfer, and that if Smith were great they would have stayed.

That’s a really big leap, and one that’s likely inaccurate. Spend enough time around college athletics and you learn transfers are just not simple. It’s possible Smith had a role in their electing to transfer, or it’s possible he really never had a chance to keep them. To pretend their leaving reflects on him is silly to me.

Now 2-3 years from now, there’s more reason to believe he has some influence, although we all know some guys leave because they think they’ll have something amazing somewhere else.

As for recruiting misses…blaming Smith for Chandler is short sighted. Until the last two months, there seemed to be a juggernaut down there. Suddenly that’s no longer the case, kids chase glory, and Krysko killed all Utah glory. It’s going to take a couple years to get the back, if not more.

It’s really stupid to worry about things you can’t control, especially things that don’t affect your health or welfare.

We agree Krystkowiak had retired in place and it was time for him to go. Harlan hired the guy who everyone agreed was the leading target.

What else do you want?

Pope is probably the most formidable rival coach Utah has had in my lifetime. I said that when they hired him. That doomed Krystkowiak and will make Smith’s life harder whatever else he does.

The fact that Chandler is destined for a two-year mission and won’t play until 2024 was a buzz kill anyway.

Utah has a long road ahead to respectability. Get used to it.

The ones we should be mad at are Krystkowiak and Hill. Not Smith.

The transfers are on Krystkowiak. No glue between the players. No pride of school. He had to retool every season whether or not he was fired.

I don’t blame Allen for transferring to Texas. It’s a great school in every respect. Were I his parent, I’d have said Go to Texas! I doubt he had that opportunity as a HS senior. Let’s be honest.

But if Carlson hadn’t missed essentially every game that mattered and we had Allen this would be a completely different season, I submit.

Totally agree with this last sentence. Plus the other injuries we had where crazy. This team is a good 4 and a scorer off the bench away from being significantly better which at this point is all I hope to see.

Also not being involved at all in NIL is killing us. AD needs to pull his head out.