Which Runnin Utes Can Win Us Some PAC 12 Games?

Got around to watching the USC game, my goodness we are bad.

Which players can win us some games?

Maybe Bam Olaseni can ball. Certainly could grab a few more rebounds and be more disruptive defensively than Carlson, I would think.

Got around to watching the USC game, my goodness we are bad.

Which players can win us some games?

I disagree with you. That was just one game that was a bad matchup for Utah. USC has elite length and athleticism on the perimeter and inside, which makes their defense very difficult to score against if you are a team who relies upon perimeter shooting and inside scoring (like Utah). Remember, that USC team ALSO beat BYU by 26 points, and now I understand why. They’re a damn good defensive team and an above average offensive team. They took away Utah’s ability to score at the rim AND from the perimeter. However, to find a silver lining, Utah’s defense was also actually pretty good as well. They held USC to just 64 points, which is one of the Trojans’ lowest scoring games of the season.

Moving on, Utah’s next four games are all at home, where they have yet to lose a game so far. I think if the Utes keep playing the level of defense they showed against the LA schools on the road, their shots will start to fall again in the friendly confines of the JMHC. According to ESPN’s basketball power index, the Utes are actually FAVORED in 3 of their 4 upcoming home games (Oregon State, Stanford, and Cal), with the only one they’re not favored in being against #21 Oregon. They’re also favored in their next two road games @ Washington (who sucks something awful plus Utah already destroyed them) and @ Washington State (where Utah traditionally has played extremely well). The LA road trip is likely the most difficult road trip in the conference this year, as both teams look like NCAA Tournament caliber teams. If Utah can get all four of their upcoming home games, including a minor upset against Oregon next Sunday, they’d sit @ 8-3 (5-2 Pac-12) before their next road trip at the Washington schools. Teams are never as bad as they look at their worst nor are they as good as they look at their best. Based upon ESPN’s BPI projections, I still think that the Utes are actually a pretty decent team, and they have a decent shot at finishing in the top half of the Pac-12. I project them to go 17-7 (14-6 Pac-12), which is actually quite reasonable. They would only need to win all of their home games (10-0) while winning 4 conference road games to get that, the most likely of those road victories coming @ Washington, Wazzu, Oregon State, and Cal respectively. They could even get there if they were to lose a home game (likely vs. Oregon, Arizona, one of the LA schools, or Colorado) by pulling an upset or winning @ ASU if and when that game gets rescheduled. That’s not that bad of a season actually.

Which players are going to play well enough to win 10 home games and 4 away games?

All of them. You are letting your viewing of them struggling against USC in the second half of that game skew your judgment of the quality of the team as a whole. Timmy Allen and Alfonso Plummer are both really good players, while Mikael Jantunen, Rylan Jones, Branden Carlson, Ian Martinez, and Pelle Larsson are good complimentary players. For you to judge how they are going to play going forward based upon one game @ USC is pretty short sided. Utah consistently plays better at home than they do on the road (as most teams do), and I think you might be pleasantly surprised after the next four games where they are at. If they are sitting at 8-3 (5-2), based upon those winning percentages alone, they’d be on pace to go 17-7 (14-6). Just because USC was able to beat the Utes by 18 doesn’t mean that the entire rest of the teams in the Pac-12 will be able to do that. And it’s only NINE home games and four road games because they’ve already played and won a conference home game (against Washington in the first game of the year).

Well, the first NET rankings of the season came out today and we are at 120. Cant say im surprised, but i was hoping we would be closer to where we are in kenpom (60’s).

At 120, our path to the ncaa tournament is basically a fluke.

Three possibilities: Either Larry has been told to not worry too much about this year due to covid and next year will be the ‘all-in or youre out’ year, he didn’t learn anything from 2014, 2017, or 2018 where his scheduling was a big factor in our not making the tournament, or he doesn’t care.

There was no urgency to add games when it was possible. USU, SUU could have been added or even prioritized over Idaho or ISU. And here we are. 5 straight years.

This myth has been going around for years, and it’s not true. I’ve looked at those years, and schedule alone would not have put us in the tournament.

Our path this year is the same as always - we need to get 12 or so conference wins with 3 of them coming against USC, UCLA, Arizona, Colorado, or Oregon. In my head I know we aren’t going to make it, but in my heart, I’ll keep holding onto our chances until we have 7 conference losses.

On a related note, the NCAA tournament criteria have been dumb forever, but it is especially dumb if they hold onto normal criteria this season when everyone’s Nov/Dec schedules were decimated by covid.

It never ceases to amaze me how many NCAA problems have easy solutions that can never be implemented due to the lack of any leadership. In this case, it is beyond dumb to select our tournament teams for March based in large part on how everyone played back in November and December.

College basketball should start in January (if we want to pretend that we still care about the athletes being students), and should mix conference and OOC games continually up until selection day (in April). This mix should include plenty of major/major games and plenty of major/mid crossovers.

College basketball should start in January

Agree with what you said except for that piece. I love the December games. Mix in conference games in December with good OOC games and it’s great. College basketball fills the gap between football conference championship games and bowl season (in normal years).

We went the rounds on this back at UB5, and I am not surprised to see you jump in here to argue something I never said.

When you put anchors on your schedule in the form of teams that are sub 300, it weighs you down. We have multiple of those every year I mentioned. And its not like the teams just were a bust; we knew going in that they would be there. You want to play directional alabama once per year, fine. But when you start adding those in, over and over, you drop quick. Your margin of error shrinks to almost nothing.

Your 12 wins in conference requirement only happens because of a bad non con. You replace a couple of these annual dogs with teams that typically show up in the 100s or even get a top 100 game, and 11-7 and a top 4 finish in the Pac-12 should have your right there comfortably. I mean seriously, what other 11-7 in conference teams have missed the ncaa’s?

I can agree with everything else you said about college hoops as whole.

We went the rounds on this back at UB5, and I am not surprised to see you jump in here to argue something I never said.

I looked at those years. I assumed we’d beat the 200 level RPI teams like we did the 300 level teams, and our RPI did not boost us into the “make the dance” category. Obviously, that swap doesn’t help our tournament profile in other ways either.

It’s true that adding more top 100 teams could have improved our stock those seasons, but that would require winning the games, something that we didn’t do consistently in those seasons.

In the end, it was our play that doomed us and not our scheduling. I am, of course, a believer in scheduling quality OOC games. It’s better in many ways. Larry has done alright, but he could have done better.

I think we made the tournament under Larry when we had the personnel for it except for once. We really should have made it in Kuzma’s junior year. He was first team all Pac-12, and he was good, and that’s the kind of team that should be making it.

Agree with what you said except for that piece. I love the December games. Mix in conference games in December with good OOC games and it’s great. College basketball fills the gap between football conference championship games and bowl season (in normal years).

But you are forgetting that I’m also implementing a 16 team football playoff that will occur mainly in December! You don’t need that bridge anymore.

It’s awful to allow a sport to interfere with two different semesters when starting in January would be just fine.

I’m interesting in opinions on which players are capable of winning PAC 12 games. Somebody said “all of them”…is this true?

It’s true that adding more top 100 teams could have improved our stock those seasons, but that would require winning the games, something that we didn’t do consistently in those seasons.

BTW, I found one other team, Stanford, that went 11-7 in conference and didn’t make the tournament in the last 8 years and their OOC wasn’t even .500. A few teams have made it at 10-8. 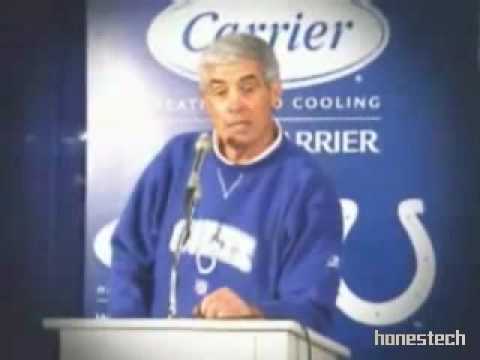 Sorry moose. I digress. I dont think anyone is happy with the way that things are going in ute hoops land lately, even long time larry defenders like myself. C’est la vie. I do like sancho’s approach of holding out hope until its gone. Ill try to get there, but hahaha, I dont know.

To your point, I think this core needs some work, but I think Fonz, Pelle, Ian, Rylan, Branden, Mikki and Timmy can have a role on a winning team. Like I said in another thread, big 6 game stretch here which should tell us a lot.

Our game tomorrow vs Oregon State has been postponed due to COVID-19 testing results & contact tracing within the Beavers program. 📰 bit.ly/38gM13l https://t.co/BAJ4uBIxyU 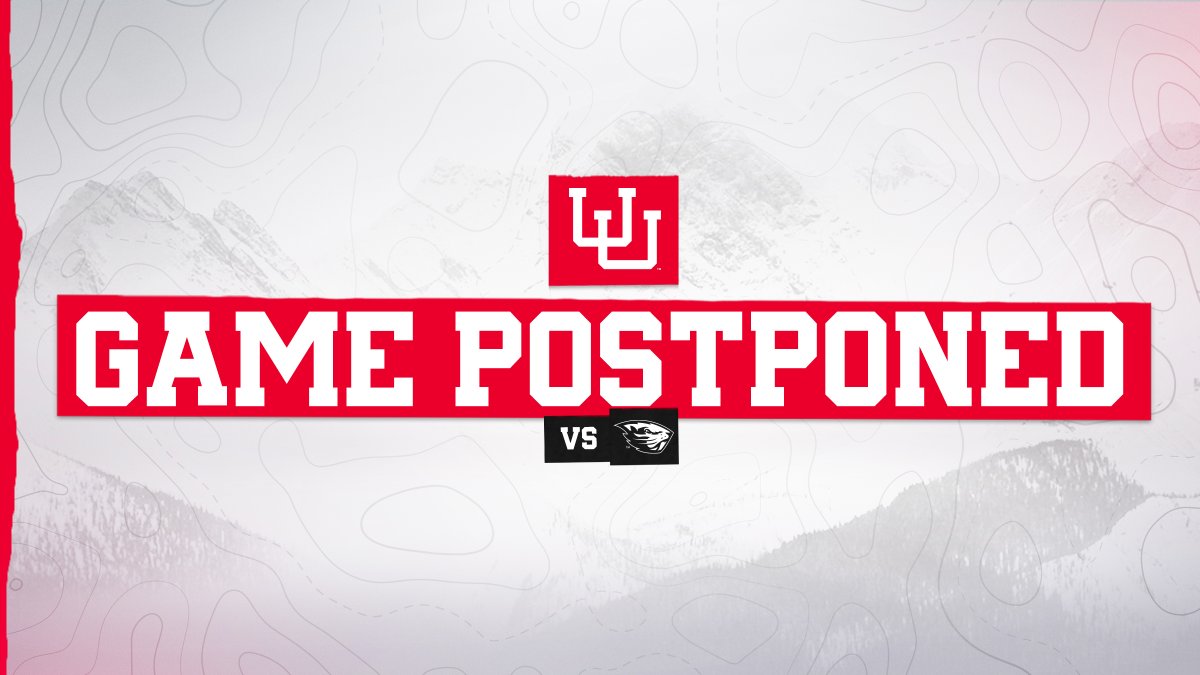 I miss tourney games at JMHC - Vivint isn’t the same. I think all college games should be played in college arenas.