May not get a team in the CFP, but the conference season is always entertaining. 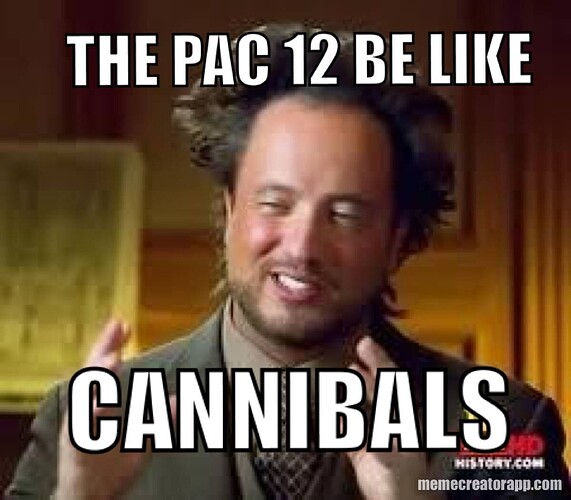 May not get a team in the CFP, but the conference season is always entertaining.

Almost as if the CFP is too exclusive or something. Anyway, who cares? Maybe that win by Utah over Wazzu was a little better than people are willing to give credit for? Washington State is 2-0 since they played Utah. In fact, had Utah not beaten them, the Cougars would be 4-2 right now and 3-1 in conference. They still have to play BYU as well. So does USC (in the final week of the season). Eff BYU and their arrogant “we’re Pac-12 South Champions” bullcrap. They’ve proven NOTHING. If Utah beats ASU next week, they’d be in sole possession of 1st Place in the South w/tiebreakers against both ASU and USC. Utah’s a controversial call being overturned at SDSU in 3OT’s from being 4-1 right now.