I am looking for suggestions on sights to visit in the Pacific Northwest for vacation. Figured we would stay in or near Seattle with a stop in Portland along the way. Yes, it would be a road trip. Probably looking at July or August. TIA

Are you looking for city oriented things or nature or both?

Oregon coast in summer is incredible.

From Seattle, nice to take a ferry west to the Olympic peninsula with your car, then drive up to Port Angeles, then take the ferry to Vancouver Island (Canada, gotta have a passport). Victoria is a gorgeous town, Buchart Gardens are really cool, especially if a flower lover is involved.

Drive up as close to Rainier as you can get, same with Mount Hood outside Portland, or even Mt. St. Helens north of that, the one that went “boom” years ago. But we see enough snow, just seeing volcanic peaks with snow may not be that cool.

Seattle is pretty big - Lake Washington to the east of it is nice. Lake Union north of it has / had seaplane flights.

Down by Portland, the Columbia River is kind of startling, for those of us from the desert. Astoria is historic - where Lewis & Clark got to on their incredible trek.

Kind of hard to go wrong up there in the summer. (Winter? Nah thanks, where’s the airport?)

If you go to Victoria, you can also take a ferry directly from Anacortes WA to Victoria. It winds through the San Juan islands, so it’s a bit more scenic. This assumes you are taking your car, since it will drop you in Sidney which is about 20 miles from Victoria, but also closer to Butchart Gardens.

Around Portland, Multnomah Falls seems pretty mandatory. It will likely be crowded, but worth the stop,
Up near Hood River, there is a cool museum at an airfield with old aircraft, cars, and motorcycles that is fun to walk through (WAAmuseum.org).
The Oregon coast is amazing. From north to south, I’d check out Astoria, Cannon Beach, Tillamook (factory tour and cheese and ice cream shop), Depoe Bay, and Newport. .

Oregon just released their 22/23 Vacation Guide. It is very well done and I highly recommend it if you are considering heading in that direction. You can order it on the internet and it is free.

Around Portland, Multnomah Falls seems pretty mandatory. It will likely be crowded, but worth the stop,
Up near Hood River, there is a cool museum at an airfield with old aircraft, cars, and motorcycles that is fun to walk through ().
The Oregon coast is amazing. From north to south, I’d check out Astoria, Cannon Beach, Tillamook (factory tour and cheese and ice cream shop), Depoe Bay, and Newport. .

I recommend the falls from Portland up to Hood River, then, hit Full Sail brewery for reasonable food and brew with great vista of river activity. 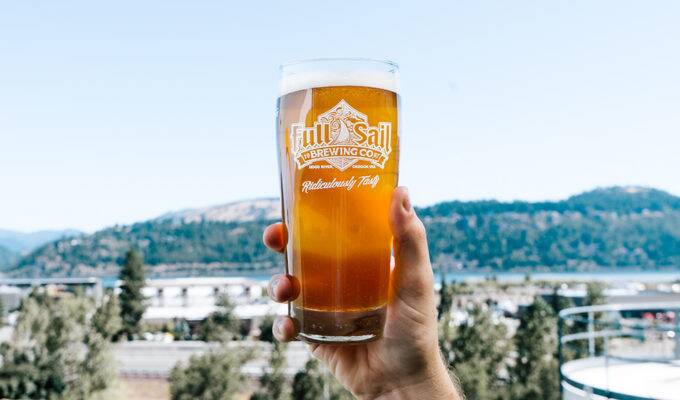 Then we drove to Mt Hood’s Timberline Lodge which was truly astounding accomodations and scenery. They still have over 100" base of snow

Timberline Lodge on Mt. Hood in Oregon offers one of the most exciting and unique high-alpine mountain experiences in North America, a destination offering skiing, snowboarding, mountain biking, and lodging in a historic hotel.

The Astoria Column in Astoria, Oregon

Pike Place Market in Seattle is a must visit. Desolation Pass is nice. There are some cool shops and restaurants up at La Conner. Not sure if they still do tours at the Boeing plant in Everett but that might be an option.

Depending on what route you take to get here: Bend and Hood River, OR are both nice stopovers. Also the entire PNW coast is spectacular…too much to name. Hit the Olympic Peninsula if you can.

A couple underappreciated sites in/near Seattle include Snoqualmie Falls and the Ballard Locks. If you happen to be here in early August, Seafair Weekend fest is really cool… features the Blue Angel jets and boat races on Lake Washington.

There’s a great little Italian restaurant right in the heart of Seattle you’ve got to check out. All you can eat breadsticks and salad. It is called Olive Garden - tell them that I sent you and they’ll treat you just right.

It is called Olive Garden

I have to wonder if Rocker or Newbomb actually ghost-wrote that viral review a few years back.

"Anthony Bourdain spoke up for me at a time when people all over the country were making great fun of the column I write," said Marilyn Hagerty.

In honor of Bill Walton, I have to point out Voodoo Donuts, in multiple locations in Portland (maybe elsewhere, too).

As a young guy in PDX explained to me, the Voodoo business model is to sit around and get baked, and think up new donut ideas, and see which ones become popular. That’s how they came up with the bacon and maple syrup donut.

The young guy also told me about his life changing experience, one he said could change civilization for the better: he was camping in the Oregon woods to achieve enlightenment.

“Alas, I ran out of food before weed and shrooms, but was led to fresh water by squirrels, and was barely alive when I stumbled back into town to find a place with the most amazing nachos in all of human history. Imagine my astonishment when I found this place had multiplied all across this great land, and even beyond: Taco Bell”.

True story regarding my snarky Olive Garden recommendation above. My former employer told me this story of his brother arriving at BYU a couple of years after he left. He gave his brother the advice that when dating he should find a nice restaurant, go and slip the host a $20 beforehand and ask them to recognize you and give you ‘preferential treatment’ when you arrive to impress your date.

So when he got to Provo, as an 18-year-old kid he found a fancy looking restaurant he’d never heard of, Olive Garden, and attempted to do this. The jokes never ended after that. More humorous is to think of the 30 other new kids to BYU who probably did the same thing.

But in truth, having bought grilled cheese sandwiches at fine restaurants (off-the-menu no less, and when the kindly chef went the extra mile to have three different cheeses on it – only to be received with a barely concealed wrinkled-nose of the world’s most stubborn and picky child, who only attempted to hide her disappointment because of fear of death from her parents); and, having bought grilled cheese sandwiches at disgusting dives (to her complete delight), I’ve arrived at the notion that if YOU like it, it is good food. Who cares what anyone else thinks?

Which is also why sometimes Taco Bell just hits the spot.

I’ve arrived at the notion that if YOU like it, it is good food. Who cares what anyone else thinks?

Bingo! To hell with the food snobs.

if you go to plke market go the donut shop near the fish throwing and get a a dozen mini cinnamon and sugar right out the fryer. They go north of the street past the fruit stand to the Chinese take out and get a humbow roll. ( pork baked in the roll. they are usually hot. they are very good) then walk down a bit more and watch them make cheese .

Living in the Northwest, there’s soooo much to do here. But I’d second and third the nominations for Astoria. Cool history with the Lewis and Clark sites, a funky hipster little downtown with fun shops and genuinely good food options, plus it’s getting to the point where it probably won’t rain every day.

As an aside, I lived in Moab, Salt Lake, Tucson, Las Vegas and Kansas City, and the hottest day I ever experienced was a summer day last year in Astoria.