Stanford graduated some pretty good players and went out and had a GREAT recruiting class. They were a common preseason pick to ‘exceed expectations’.
They struggled out of the gate, but have been better lately as the team gels.

Carlsen Loves playing them… He’ll have a 10 blocks, 13 rebounds and 24 points in a Utah win

Oregon getting crushed in Tempe tonight

54-54 score tied with 2:35 remaining. Where is everyone one? Carlson is getting it done!

first game i have seen them this year

i am not usually this much good luck

Excellent comeback to win and break the road loss streak. Could have folded and did not. First road win in 371 days!

first game i have seen them this year

i am not usually this much good luck

Should we start a Go Fund Me so you watch all the time?

was just excited the last 10 minutes of the half wasnt a scoring drought.

I missed it! (No, this does NOT mean I should stay from watching them.). Nice to see a road win!

The best part…we are now a full two games out of the cellar.

Let’s pick up a win at Cal on Saturday.

was just excited the last 10 minutes of the half wasnt a scoring drought.

well it was for Stanford

Great win for the Utes. Love this teams fight and attitude. It hasn’t been the year we or they hoped for but they are fun to watch. 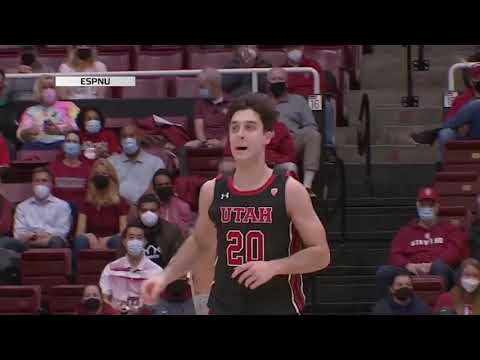 Since @sancho doesn’t post much here anymore, on his behalf I’ll just note it is always a great day when Utah beats Stanford… the Harvard of the West but not Intermountain West.

Watched the second half. Stanford seemed in control, and I think they went up 9 a couple of times. The Utes kept playing and were there at the end.

Now that you mention it he has gone dark. Too bad, nobody has the white hot hatred for Stanford as him.

Ok let that be the first of a long 15 game winning streak. Go Utes!

well it was for Stanford

kinda fun to be on the other side