The dumpster is not on fire, but it is emitting a little bit of smoke. I don’t want that. I want them to be just above mediocre for 4-5 years, good enough for Helton to keep his job. 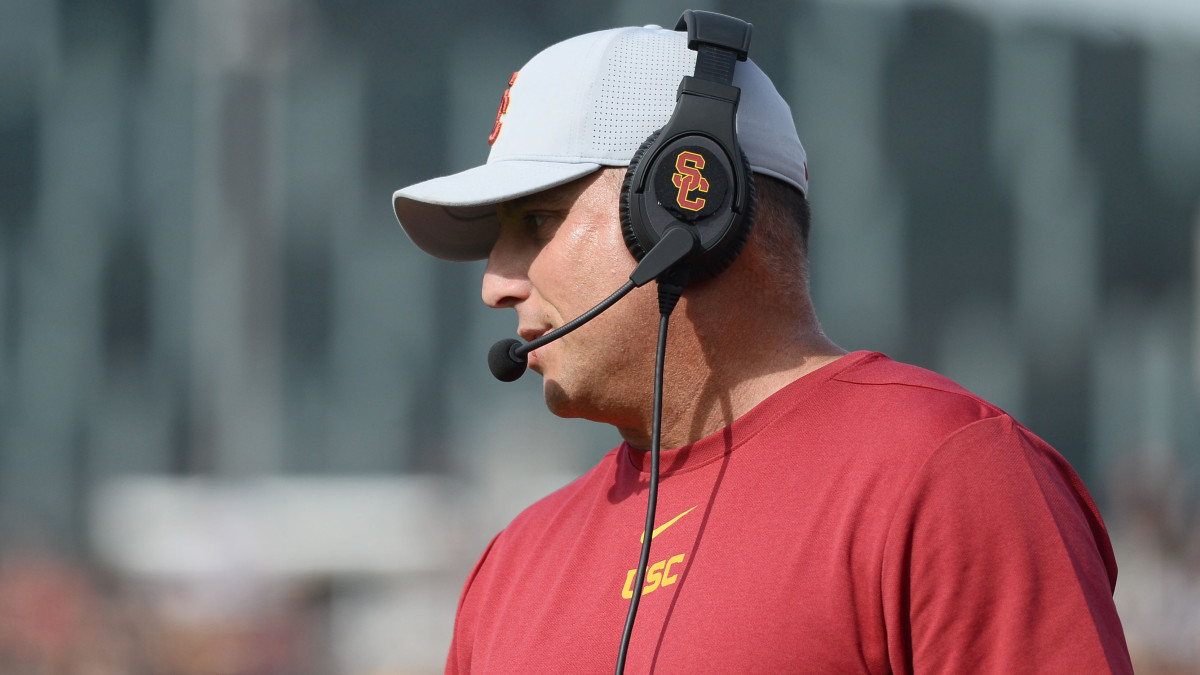 Clay Helton's Trojans currently have the worst recruiting class in the Pac-12.

Km inclined to think they aren’t ready to pay his buyout yet. This news isn’t going to help him any.
Like Kyle said nobody puts a fence around their state and keeps all the top talent home

This goes to show how media can slant a story. They are so low because they signed fewer players, I think they’re third in average ranking.

Ok, There are still a ton of 4 and 5 star guys who haven’t committed they can land in February.

They probably won’t, but they can.

USC is going to kick our butt recruiting wise when they are allowed to pay their players in a year or two. Many people seem to have no idea how this is going to ruin college football.

Players being paid appropriately for their time and effort is going to ruin college football.

Players being paid appropriately for their time and effort is going to ruin college football.

No one here is saying that. In fact, I haven’t seen that argument made anywhere.

Umm. Actually, Ultimate said exactly that in his post above.

Umm. Actually, Ultimate said exactly that in his post above.

BFK set up a straw man by altering Ultimate’s statement to “players being paid appropriately for their time and effort is going to ruin college football.” That’s not what Ultimate said, and I don’t anyone has said that here. If your best tactic is ridicule, you’re better ridicule what someone actually said.

Fixed it for you so it would show how you twisted his statement.

One clarifying note: The discussion is not about paying college athletes for their time and effort. It is about allowing them to profit from their name and likeness.

So, if this change is not handled well, it will change college football greatly, perhaps for the worse. I think the NCAA and the participating schools and conferences are smart enough to avoid unwanted results. For example, in recruiting, programs like USC, Notre Dame and maybe even the Tuscaloosa franchise will simply tell recruits how available big, lucrative endorsement deals will be for them. “Hey, we can’t promise anything, but we have a lot of devoted alumni at Disney. You’ll be amazed at the opportunities you’ll have.“ Somehow, that has to be regulated.

On the other hand, if we were talking about paying players appropriately for their time and effort, doing that probably wouldn’t do any harm at all. That’s probably why Ultimate Ute didn’t say it would, and why nobody on this board has said it would. As always, the devil will be in the details. For example, In the context of allowing compensation for name and likeness, how will “appropriately“ be defined? I choose to believe and hope that this will be worked out in a way that the sport is not hurt badly, if at all. But it is reasonable and intelligent for fans to worry about it.

So you want to regulate what a man can earn off his name and his efforts. You know, the name and efforts the (predominantly state run) universities profit off of for eternity without having to do more than give them a roof and education. Cool! I hope your recruits don’t read the board.

It’s the conflict of interest in modern college football… the desire to maintain some kind of amateur-like feel to the game while simultaneously maximizing revenues in order to be competitive. I like college ball because of the former and everything I least like about it relate to the latter. But the latter is winning.