The way too early season prediction

The guys just had 2 weeks off to head home and fill up the tank. They are back this week to start the grind of the season. Here are my predictions based on what I heard about the summer workouts. One man’s opinion in Aug. a lot can change by Nov.

I think we go 7-2 in the pre-season. We lose one we aren’t supposed to and one close one to a P5 school.
I think we go 13-7 in conference play. That puts us 4th or 5th with a 20-9 record. After the run the Pac 12 had in the tournament last year I think we get a few more teams in the big dance including the Utes. Obviously, we then make a cinderella run to the Final 4 and the rest is history.

If history repeats itself with Coach Smith run teams, we will be one of the top teams in the conference defensively. This team has the makings of a great defensive team. That keeps us in a lot of games. We have a bunch of upper-classmen. Although most are new to the system, it should make the transition easier.
Scoring night in and night out is my biggest question mark. Who is going to be the go-to guy/closer. Who will the offense be run through. Will it be inside out with our bigs or more perimeter-oriented. FWIW last year Smith ran everything through Queta.

I’ve heard Carlson has improved his game in the post and is our best pick and roll pick and pop option. I have a feeling we will see a lot of that this year. He has made big strides from last season. Dusan has been getting most of his minutes at the 5 spot. He is a force.
Riley will be what he has been a steady vet that gives you a little of everything.

With Both and Marco we get the slasher shooter combo (Marco’s form is … something). Both of them are not great passers but have flashes of potential on that front. They are catch and go guys.
Both will be the get majority of the backup pg min with Marco filling in at times. Which is does not say much for our pg position. That is a lot of pressure on Rollie. The staff seems to think he’s up for the job. I think he could he will be a big surprise to the conference.

Jenkins is not a primary ball-handler. Great at scoring not at getting others involved. Him coming off the bench could be a perfect change of pace to Marco/Rollie. Like 6th man of the year good if he buys in. If Lazar steps up having shooters like Gabe and Jaxon with an athlete like Bostyn would be really fun to see coming off the bench.

Lazar missing the summer puts him behind on a lot of the defensive concepts. Which typically euros struggle with out of the gate. If he picks those up quick he might fight for more PT.

We are super thin at the athletic 3 and 4 spot. A young 3/4 type player to develop would be nice. Bolt and Thioune will get some run. Defense is going to need to be a priority for them.

What are your thoughts and predictions? 78 days till college basketball starts, I can’t wait! Go Utes!!

If it happens, I’ll take it.

I figured .500 in a first year would be a positive.

You’re probably right but a man can dream!

Replacing about 4/5 the team means pretty much some rebuilding years. Going to be patient, have rather low expectations and hope to be surprised.

I think–unusual at times for me–that just like the official Ute web site you added the Covid year as counting against eligibility–
for example Riley Battin is still only a junior -as is Both Gach. So Both’s non-Utah year never happened, actually just does not count against him.

Not sure about Dusan–but Utes only have 0 or 1 senior. 1 scholarship in hand–so all the recruiting means this is still a 1 year roster.

I just put what it should be based on years played. If they get another year great! With the NCAA I’ll believe it when I see it.

David Jenkins has been shooting the ball really well in practice. I could see him pushing Both our for a starting spot. The starting line up needs some shooting.

Agreed. Jenkins is a scorer–hopefully enough to offset loss of Timmy Allen.

That means either Marco or Both does not start. Marco played a ton of minutes at USU & knows the system, but is somewhat undersized for the wing. Still I would expect him to start.

For a change it looks on paper as everyone on the roster can play. Hopefully early season will shake out who sits.

Not much love here from Jon. Bulletin board material is always a good thing! Go Utes!

Some video from practice:

Not much love here from Jon. Bulletin board material is always a good thing! Go Utes!

I dont blame anyone for picking us low in the conference pecking order. I doubt that JR did a deep dive onto these (I dont blame him; I wouldnt either, thats a lot to ask) but a few thoughts…

a) I think its easy to say that since Utah lost its leader in points, rebounds, assists, and steals in Timmy Allen and didn’t replace him with anybody close to that in the portal and therefore, we are going to take a step back. I think there is some legitimate concern about where our offense is going to come from. On the other hand, we were at our best when Timmy was getting everyone else involved, in addition to using his talent at scoring. I think we were at our worst when Timmy became a guy who just wanted to get his.

Again, I think the criticism or observation that there are questions about where the offense will come from is fair, but I also think there are things that Anthony brings that Timmy did not. Im not saying hes an upgrade, but I do think he will be a welcome addition.

b) Rollie is going to be the starter at the point. Take it to the bank. 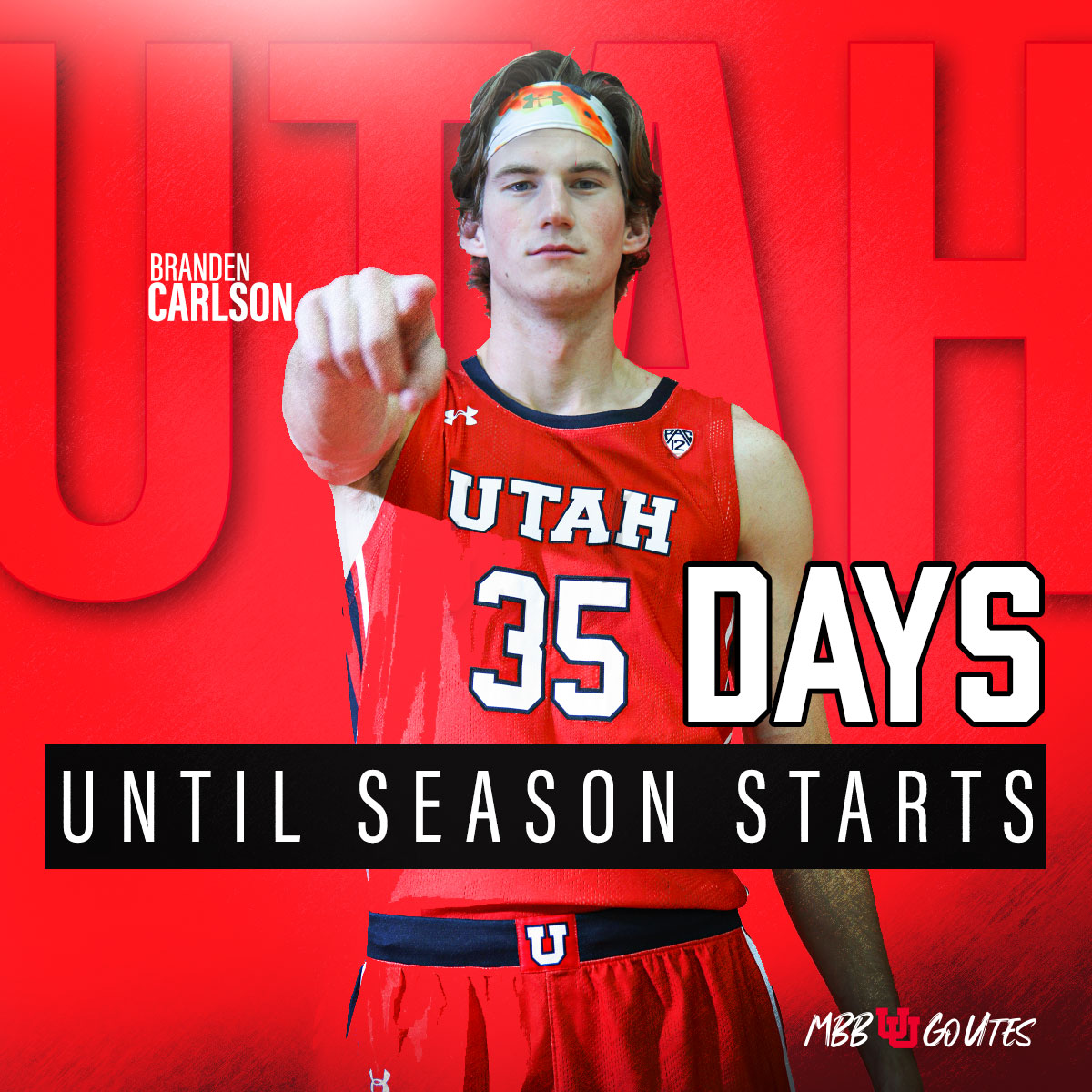 I have no idea how this team will be and hope Smith makes good progress in year 1. If I counted right, this guess would be 16-14 (9-11) in conference, which would be short of the tourney (their goal), right? I see you have a W @ TCU but no road wins in conference until the last NoCal swing. Sounds about right. 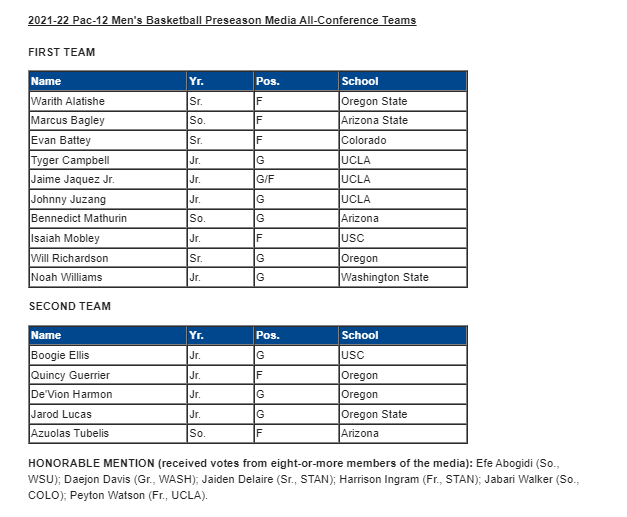 @JonRothstein
Brad Underwood tells me that Utah transfer Alfonso Plummer is the best shooter that he's ever coached. Will play a big role for the Illini. Deep range.