The U has renewed their agreement with the Ute Tribe

For the first time this year, the agreement will require the school to teach all first-year The University of Utah students about the tribe at freshmen orientation.

This is a really good thing for the school and students. The Ute Tribe has a rich history as a people of this land we all call home. Having students getting a taste of that at orientation can help them learn a respect for the Utes as a people other schools who have Native American mascots never consider. Thank you Ute Tribe for making this a part of the agreement.

As I’ve said before, I’m ready to be done with it. I’ve moved most of my wardrobe to interlocking U, with others I refer to them as Utah, I don’t want a new mascot (although I guess technically its not our mascot, the hawk is), I think we can just be Utah or the U (screw you Miami, there is no U in Miami or Florida). I’m over it.

As I’ve said before, I’m ready to be done with it. I’ve moved most of my wardrobe to interlocking U, with others I refer to them as Utah, I don’t want a new mascot

If the day ever comes, a mascot will be necessary. The only great option I’ve ever heard is Red Rocks. It’s unique, local, and lends itself to cool design. Thanks to gymnastics, it’s already ours in a sense.

There are many bad options I’ve heard, and Hawks is close to the top of that list. It’s not even remotely unique, and it’s local only in the sense that every part of the world has hawks. It doesn’t lend itself to good design (see all of the 1,000,000 bird of prey teams in existence in professional, college, and high school levels).

I vote for the Moose. I could be convinced to go for the Crickets.

I vote for the Moose.

It’s okay. Moose is my spirit animal, and I love moose. As a mascot, better than Hawks but worse than Red Rocks.

The only answer is the Utah Raptors. Be known as the Raptors, but the logo and mascot is… 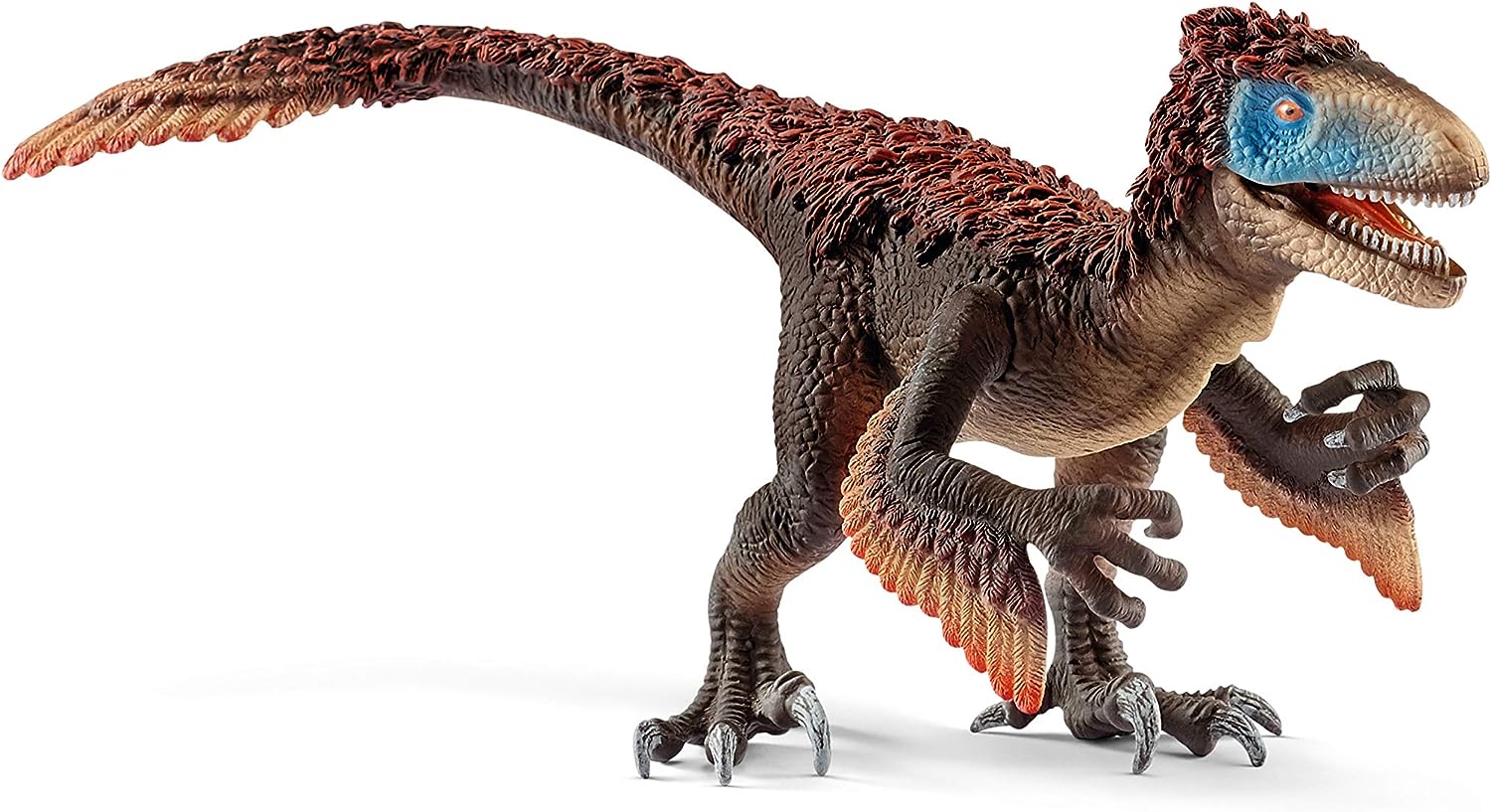 2000 pound, partially-feathered badass with a giant ripping talon and the ability to rip your face off. Best of all, some dude from our little brother down south was the discoverer of the first Utahraptor bones near Moab, so they can claim superiority while we laugh at them yet again - a well-designed Utahraptor logo would sell tons of merch.

I love “Utah Cutthroat”. It shows homage to our native species and Mormon history.

As I’ve said before, I’m ready to be done with it. I’ve moved most of my wardrobe to interlocking U, with others I refer to them as Utah, I don’t want a new mascot (although I guess technically its not our mascot, the hawk is), I think we can just be Utah or the U (screw you Miami, there is no U in Miami or Florida). I’m over it.

I quite like the interlocking U’s as well. It is the only logo that Club teams on campus can use. I have a few Club Swim items I have purchased to support my son’s team and the designs are all quite good. I don’t mind if the Interlocking U logo gets expanded use.

I love “Utah Cutthroat”. It shows homage to our native species and Mormon history.

Yeah, and the act the Cutthroats use after a great play is a slash across the throat.

Great. We can get an unsportsmanlike penalty or technical foul on every score.

Not if we are the cutthroats.

I’m perfectly happy to remain the Utah Utes. The Ute tribe has zero problem with it whatsoever. I live and work on and around the Ute reservation (Ft. Duchesne area). The town is plastered with University of Utah stickers. EVERYTHING here is red. There may be a few Ute tribal members that take issue with it, but the vast majority love it, and they wear UofU gear pretty much 24/7.

If and when the time comes that the tribe is no longer okay with it, it needs to go, but as of this moment in time, being associated with the University of Utah is a part of their cultural identity. It’s not going away anytime soon.

That’s great to hear. Hopefully, we’ll always be Utes. Unfortunately, I think much of the pressure to change will not come from the tribe itself but for people who think the tribe should be offended.

I’ve never liked the Raptors as a mascot name. The Toronto Raptors jumped on that name in the popularity of Jurassic Park, and it’s always seemed dated and forced.

I’ll be perfectly honest, I don’t get the love for the interlocking U logo. From a design standpoint, it’s straight garbage.

It looks like a third grader designed it in MS Paint and finished in about 5 minutes. It’s plain, it’s boring, it’s cheap-looking and it is completely devoid of personality or interest. Worst of all, the U spent quite a bit of time eradicating it from the collective memory not that long ago, replacing it with the far better Block U, only to jump away from that when it was finally gaining traction.

I understand the reasoning behind moving away from the drum and feather. The interlocking U, however, was not the way to do it.

Block U beautiful, interlocking U ugly.

A few years ago I went to a high school basketball game in Driggs Idaho featuring the Teton Redskins vs. the Salmon Savages.

I call them the Utes because it’s the team name and I’m a fan. That being said, if I pretended for a second I was a fan of another team, I wouldn’t be impressed with a team named after modern people.

Team names are suppose to represent something to form an identity around. If you name it after people then you are identifying those people as singular, which Utes are not. Some are cool, some are dicks, some are smart, some dumb, some are honest while others are scoundrels. Same thing with Notre Dame, The Irish is a dumb name when you realize you can’t form a singular identity around a diverse group of people.

USC on the other hand are named after people but Trojans are ancient people who have defining characteristics that can’t be undermined by living people and their diverse characteristics.

To me it’s not a matter of being offensive or not. It’s that when people ask, what’s a Ute? A dumb My Cousin Vinny joke is all that could follow that question because any other answer would be either a stereo type(good or bad) or the more typical answer of a history lesson of the Ute Tribe in general, which would only serve to diminish the diverse individualism of Utes living today.

I’m happy that the tribal leaders feel respected and embrace the use of the name and I’m proud that the U shows them respect. It’s also nice that scholarship money is provided to the tribe. All of that aside, I just don’t think “Utes” is a good name for a sports team.

My problem with the block U is that we should have went aggressively after ESPN as soon as they started using it. Had we eradicated it from popular generic use by ESPN, then I’d be all for it, but since we didn’t, it’s forever compromised. The interlocking U on the other hand is singular to us. I’m a little perplexed by how either is aesthetically better than the other, neither has a great deal of complexity.

I do have a bit of love for the block U due to the fact that I have a picture of my grandpa in his track sweater that is sporting the block U, but like I said, interlocking U is our opportunity to secure and protect a trademark that is not subject to outside influence.

The concern I have with all things Ute related is that we remain always subject to extortion by the tribe or outside SJW types. I’m glad that on average members of the tribe like the connection. However it’s not the members that create the extortion because the name and logo belong to them not us. I’m for being done with that, and owning our own logo and mascot outright before the partnership that we now have devolves into extortion (if it hasn’t already).