The 21 best hot dogs to eat in Los Angeles

If you’re here and feeling like you want a fancy hot dog. Of these, I’ve had dogs from Pink’s, Carney’s and The Stand (the latter is an excellent burger and hot dog chain in L.A.). 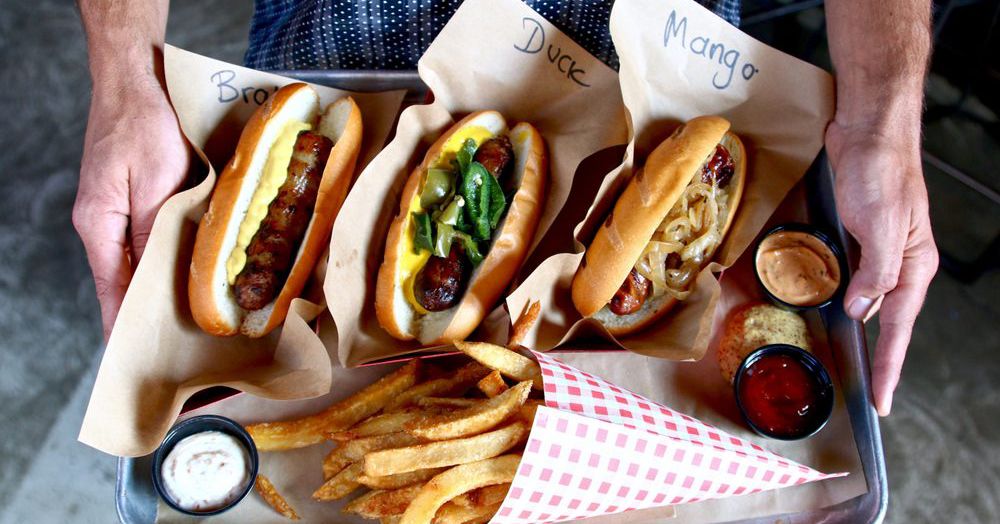 The 21 best hot dogs to eat in Los Angeles

I’ve had Pinks, Carney’s, and Cupid’s.
I love a good dog.

Cupid’s was a favorite after school treat. Man they were good.

The last time I was in NYC I searched and searched for one of those classic Manhattan dogs, and I couldn’t find anything memorable. The hot dogs at Yankee Stadium were KILLER. On that note, Dodger Dogs are not what they once were, not by a long shot. One of the greatest disappointments of my life for sure.

There was a place on broadway downtown (SLC) that I think was called “Good Dog”. It didn’t last long, and I think what I heard was that the owner had a cocaine problem which led to its closing. It’s too bad because I think SLC really needed a place like that. There is that one hot dog place (can’t remember it’s name) on ?main? that I think is absolute garbage and is totally overrated.

I would like to try a genuine Chicago Dog someday.

I kind of miss hot dog carts. I was lucky enough to have a great cart outside of our office building in Edmonton. I miss having a good hot dog for lunch. Don’t get me wrong I love taco carts and eat tacos quite often. I do miss my Fat Franks though.( https://www.fatfranks.ca/ ) We stopped by my favorite cart when we were in Edmonton last summer and my son has asked several times if we can go back again on our next visit.

I have had J Dawgs a few times here in SLC and they are not too bad but they are not as good as a good dog from a cart.

The Sonoran dog at the Mausoleum is pretty good eats.

The DodgerDog and 9 innings is still the best.