I think many of us suffer from a minor mental disorder in which we cannot relate to other fan bases in a healthy way because we spent 40 years hating on BYU and being hated. We sometimes behave as though every other fan base deserves our derision, when in fact the best sportsman respects his competition. Thank goodness the recent domination is putting that rivalry in the rear view mirror.

(Disclaimer: please do not assume I am really making light of the plight of those unfortunate enough to suffer long term consequences of real trauma. One of the saddest things about war is even the soldiers of the victors have to deal with killing others. That doesn’t come easily to most people. Some people get over trauma well and others suffer a long time, and I don’t know why)

I thought we reserved that for the OC?

I used to have a white-hot hate for anything BYU. If I noticed a BYU bumper sticker or someone wearing a BYU hat or shirt I immediately felt disdain for them. I don’t have that same level of intensity anymore. I’m not quite at an indifference level yet, but I’m trending that way. Maybe it simply just the affects of aging or maturing, the recent win streak, or maybe its the result of Utah moving to the PAC-12?

I think its reflected in threads about BYU on Utah message boards. They’ve decreased. It used to be 10 years ago, every other thread was BYU related. I believe were starting to develop great rivalries within the conference that matter more. From day one I think there has been more excitement/intesnity facing Arizona, UCLA and Oregon Basketball, ASU, USC and UW football than anything inside our state.

This conference is damn fun to be in.

You are correct to an extent. Now that we are approaching a decade in the PAC-12 we should see this mindset continue to die out.

Sadly there’s a segment of Utah fans who will never be able to let go of BYU, no matter what, but being in the PAC coupled with Utah’s domination of the “rivalry” over the last two decades has led to a lot of current fans and the younger generation of Utah fans not caring as much about BYU. The next generation of Ute fans - fans who right now don’t remember a Utah loss to BYU - aren’t going to care about BYU, they’re going to care about beating USC and ASU and Oregon, and going to the Rose Bowl.

…eing in the PAC coupled with Utah’s domination of the “rivalry” over the last two decades has led to a lot of current fans and the younger generation of Utah fans not caring as much about BYU. The next generation of Ute fans - fans who right now don’t remember a Utah loss to BYU - aren’t going to care about BYU, they’re going to care about beating USC and ASU and Oregon, and going to the Rose Bowl.

I agree but I still would rather play them every three or four years, so that we can schedule other one to ones with remarkable OOS programs and other in-state teams as well, to spread some of the financial gain we receive towards other institutions and give them a chance to best us if they can.

What happened to our rivalry with USU? Always a very worthy opponent.
Maybe it would be more fun too, if we just knew that we will meet again on the pitch and proceed with our own individual challenges and goals.

I thought we reserved that for the OC?

I think most Ute fans have moved on. While it’s still fun to watch byu lose, for the most part we don’t care one way or the other.
Last week’s game as an example, normally I would love seeing Boise beat byu but I was glad to see byu beat the potato zoobs. That probably has to do with Sitake being in Provo as he’s an easier guy to like than bronco ever was.

That probably has to do with Sitake being in Provo as he’s an easier guy to like than bronco ever was.

I think this is it right here. Bronco is/was aloof and an easy guy to make fun of with his various sayings and beliefs. It was very evident that him and Kyle didn’t get along. Sitake on the other hand coached at the U and is generally seen as a good guy. Him and Kyle are friends and so it’s easier to like him and not have such a hatred towards the Y.

My dislike of BYU has never been about the players or coaches. Well, I can’t say never, Roger, Randy, and Robbie Reid, Nate Cooper, and Max Hall are exceptions. And Max was just at the very end of his career.

But it’s mostly been because of their insufferable fans. I know it’s common to say their is 10% of a fanbase that gives the rest a bad name. With BYU, it was closer to 80% in the 80’s, 50% in the 90’s, 20% in the 00’s, and around 10% now. The decrease coincides with their descent from dominance to mediocrity, and Utah’s ascent to BCS games and competing in the PAC-12.

I have said in the past that I now view them as I have always viewed USU or Weber St, slight interest but mostly apathetic. But if I end up watching part of a BYU game, old habits creep back in and I find myself rooting against them.

Roscoe Mendenhall was a supremely unlikeable coach, and he coached his players to play ‘at the edge of the rules’ or however he put it. Plus his teams were the pranciest teams I’ve ever seen - in the sense that I’ve never seen football players jump around like they would. Still remains one of the weirdest things in football. I think everybody knows what I’m talking about. BYU at that time was like the Cobra Kai of football.

Sitake has cleaned a lot of that stuff up - so honestly I don’t mind the Cougs so much as a team or their coaches. Then again, they lose to us all the time, so I guess that is a factor.

Truth is, most of the fans I know in my neighborhood and through work etc are just fine. The real insufferable ones are on CougarBoard, but that place is just a magnet for their weirdest fans. I’ll note there are a sizable amount of them though.

My dislike of BYU has never been about the players or coaches. Well, I can’t say never, Roger, Randy, and Robbie Reid,

Here’s a tender, humanizing story on Roger Reid from the Des News. 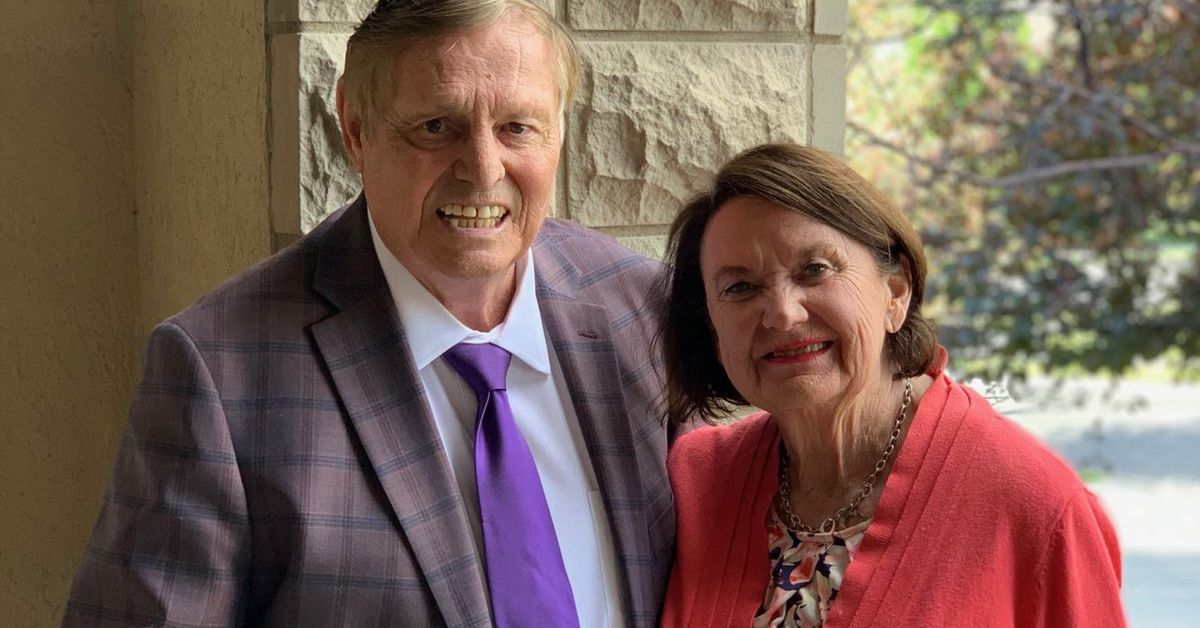 In autumn of life, Roger Reid feels blessed caring for the love of his life

Former BYU basketball coach and two-time WAC coach of the year spends his days caring for his wife Diane, who suffers from Alzheimer’s