I hope everyone has an opportunity to watch our new NIL focused TV program Talkin Utes on KUTV every Sunday night at 11 pm. We’ve received very positive feedback from last week’s inaugural show! Tonight’s guests are Dalton Kincaid and RJ Hubert! We are the first university to create a specific NIL based show for athletes. I hope everyone enjoys it!

Since there was questions about this I’ll bump it back to the top. There isn’t an algorithm with this platform of what content shows (just FYI) but if we get a number of new topics or comments on a variety of topics it can drop fast.

I understand this is endorsed by the school and KW is involved, is that correct?

We are the first university to create a specific NIL based show for athletes.

What does this mean? Is this is show discussing NIL issues? Or is it a show simply talking about Utah football that the players are now getting paid for because of NIL? The latter might be interesting (though not really my thing) but if it’s the former? Hard pass.

Look, NIL is now part of college football. That’s the reality, it’s the way things are going to be moving forward, and there’s not a damn thing any of us can do to change it. I personally happen to think it’s going to destroy the sport. When 25’ish teams from around the country can simply buy all-star teams with dump trucks of cash (and we’re not likely to be one of them), it significantly decreases my interest in the game.

So as much as I love Utah football, I have exactly zero interest in watching a weekly show that discusses NIL even further. Nothing personal against you, just my $.02 on the whole idea.

Happy to clarify. The show presents 2 Utah football players each week, 1 from the offense and 1 from the defense. The show’s content is to provide new insights into each of the player’s histories etc mostly off of the field so the fans can get to know them better. For example, last week we interviewed RJ Hubert to learn more about how a kid from the desolate area of Moapa Valley NV found his way to Utah. Great backstory opportunities to get to know these players! We also discussed Dalton Kincaid’s love of golf and the similar mental states that both sports require for success. Did you know Kincaid loves Coke slurpees and has his own slurpee machine? In the previous week we discussed Cam Rising’s hobby of gardening. And finally, did you know CPIII and Micah Bernard actively challenge each other on who’s the better roller skater, a hobby they took up during Covid? The show DOES NOT DISCUSS NIL as a topic. It instead provides a truly unique opportunity to learn incredible backstories that regular sports media never get to. Each player that participates secured an NIL deal for their participation. We’ve been working on this concept for 6 months and the show is led by boosters like myself and great advertisers that want to affiliate with the Utes. That’s a nice, clean way to structure NIL’s in my opinion. The University and KW appreciate and support this private sector effort, but it’s led by boosters and KUTV. We hope to roll the concept forward to men’s basketball, women’s basketball, gymnastics and skiing in the future. I hope you’ll watch!

I wish I could watch, but being on the east coast, impossible to watch local TV. Is there a youtube channel or something similar where the show is posted the day after we could access?

When you said that that it’s an “NIL focused program”, my eyes immediately glazed over and I moved on (as happens every single time NIL is mentioned). As you talk about the program, you may want to focus less on the NIL aspect and more on the fact that the show is a chance to get to know the players better. Just a thought, as I suspect I might not be the only one.

I’ll try to give it a look, and appreciate you putting it together.

I wish I could watch, but being on the east coast, impossible to watch local TV. Is there a youtube channel or something similar where the show is posted the day after we could access? 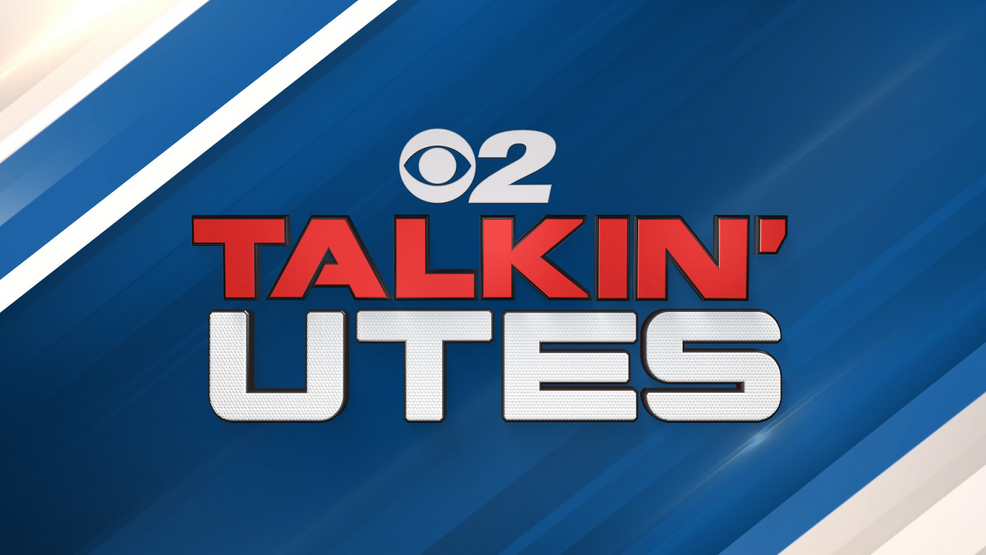 (KUTV) - After catching 16 passes for 234 yards and helping Utah edge USC 43-42, Dalton Kincaid joined DJ&PK on Talkin' Utes to discuss the win, his decision to

I mention the NIL benefit here because it’s important for the Ute fan base to be reminded that people like myself are working our ■■■■■ off to try to keep the Utes competitive in this new arms race. Otherwise the general public thinks nothing is being done, which couldn’t be further from the truth. The NIL wrinkle isn’t discussed in the show either. We’re proud it’s a nice, clean, long term pillar of support that should provide benefits for years to come.

I apologize @GhostofBarrySwitzer; I watched the show last Sunday after seeing your mention of if being an NIL opportunity for Ute players. I loved the show and will continue to watch. Its another great way to support the NIL Ute effort and enjoy becoming familiar with a pair of Ute players each week who we would likely not otherwise hear about. I meant to post complementing the show, and forgot.(The other option, as previously mentioned is the @Steggys_Mixtapes produced podcasts posted here each week.)

For those who are not familiar, KUTV has a long history of doing an extended late evening sports program on Sunday evening following the local news. David James, who I consider one of the best local sports casters, has done these for years, always researches his guests and topics thoroughly, and knows how to conduct an interview in a professional manner.

I stopped watching the show a few years ago, as it drifted too often toward BYU sports, but with a focus on Ute players, I’ll watch regularly. Two other thoughts:

Awesome, Narfute, thanks for the link. Would have never thought to look there for it. Just watched both shows.

last week we interviewed RJ Hubert to learn more about how a kid from the desolate area of Moapa Valley NV found his way to Utah.

One of my sons was good friends with RJ’s sister - really good kids. He’s really a stand up guy.

RJ ripped up the HS leagues in southern Nevada & southern Utah, whoever they played. And we saw that talent especially on the 70 yard INT return vs Oregon State or the pick 6 earlier vs SUU(?).

As soon as I found out Hubert was going to be a Safety, I knew what Scalley was thinking, and it’s been gravy for Ute fans.

His speech at halftime to the D was as instrumental in that win as the obvious highlights of Rising, or Kincaid or Vele, Bernard, etc. They were getting thrashed, but they found a way to tighten things up, allowing the heroics.

…ne of the best local sports casters, has done these for years, always researches his guests and topics thoroughly, and knows how to conduct an interview in a professional manner.I stopped watching the show a few years ago, as it drifted too often toward BYU sports, but with a focus on Ute players, I’ll watch regularly. Two other thoughts:if you are not a night owl, go to KUTVs website and your be able to find a reposting where you can watch at a more convenient time (the NIL value is still there obviously as you’ll be generating clicks)I’ve religiously avoided watching anything with PK for a few decades now, but will happily make an exception in this case, both because of the NIL value to Utes, and because in the context, he’s not going to be given the latitude to create his usual nonsense.

It’s really too bad that PK is part of this. I worked with both DJ and him back in the day at KJZZ. While DJ prepares, does research, and actually reads his emails from the producers PK never did any of that ever. I applaud the effort to get these guys NIL money through this venue. I watched the one from last Sunday night but it’s doubtful I will be a regular as long as PK is involved. Sorry but I can’t stand that no talent hack.

I appreciate your comments, as you have actual experience with Kinihan, and I’m not at all surprised; whenever I’ve heard anything he did, it was obvious he shows up, ill prepared, and assumes that he can provide value by being the obnoxious a$$hole guy in the mix - their is a whole school of people who honestly believe that is a desirable skill and necessary role - and perhaps in reality, it may actually be - I know nothing of his actual ratings - but it NEVER has been in my book. All he ever does is drive me away from any program in which he is involved, in record time.

Gordon Monson is similar, perhaps not quite as bad - but again, I’ve been avoiding reading or listening to anything with either of this low-brow trouble makers for more than two decades, and the quiet had been delightful.

For the NIL value, and because I think (hope) he won’t be allowed to stray as far as usual, I’ll continue to watch - I’m eager to have this sort of info on our players available.

I’m also going to send an email to David James, letting him know, that he is likely actually losing some important portion of his core (die hard) audience for this particular program by allowing Kinihan to be involved. It probably won’t make any difference, but it never hurts.

Agree on all points.

I will try to send David James an email as well. He needs to know that people think Kinahandjob is a tool.