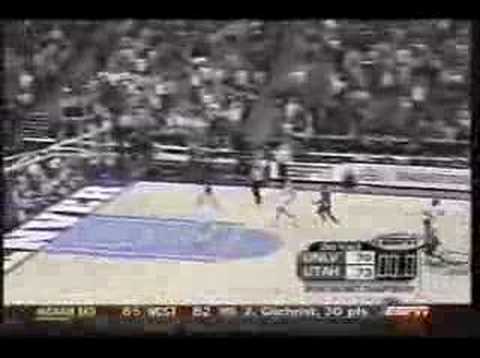 Nick was probably the best shooter to play for the U. I found this clip late last night on youtube and was reminiscing a bit. We all knew he was going to get the ball, and the play Rupp drew up was perfect.

One of his most memorable games was in a comeback victory over BYU where Utah overcame about a 15 point deficit and Nick was red hot from outside the arc.

That comeback over BYU was the first game after Majerus walked away for good.

Nick was probably the best shooter to play for the U. I found this clip late last night on youtube and was reminiscing a bit. We all knew he was going to get the ball, and the play Rupp drew up was perfect.

I was in West Yellowstone in a hotel with my wife and then 9 year old son, for a cross country ski race that we are all doing the next day (there were a LOT of Salt Lakers entered in the race).

When Nick hit that shot, you could literally hear people in many other rooms in the building screaming for joy at the relief of the win. I don’t recall the details of the game, but I remember that both my son and I thought we were not going to win until that shot. I think, wining that game was our only chance at an NCAA Tourney bid was well.

We were playing Alabama in December. At the time they were ranked #1. (Very unusual for that school.). It was a fairly close game, and somehow in the second half Alabama had not committed a single foul. Finally, with time running out and Utah ahead by a small margin, Alabama realized they needed to give Utah a bonus situation so they could foul to get the ball back. They committed 5 fouls in a row and we were now shooting one and one. With 12 seconds to go we were ahead by two. We got the ball out of bounds under the basket. There was no question that they were going to foul us as soon as the ball came in. It was also obvious that they were going to do all they could to keep the ball out of Nick’s hands. I said to my son, who was there with me, “Watch, we’re going to run an inbounds play just to get the ball to Nick.”

Sure enough, that’s what happened. They had to foul Nick immediately, and he made both shots in his automatic. In the closing seconds Alabama scored, narrowing our lead to 2.
On the inbounds they immediately fouled Drisdom, who hit the front end of a one and one, then Alabama missed a long shot and we won by 3.

Anyway, in the end Nick’s free-throw shooting was the key to the win, and it was interesting to see that we actually designed an in-bounds play (flawlessly executed, I might add) to make sure he was the guy at the line when it counted.

Footnote: It was December 30, during the holiday break, and the Huntsman was packed. The win was Utah’s 1500th all-time. Those were the days. 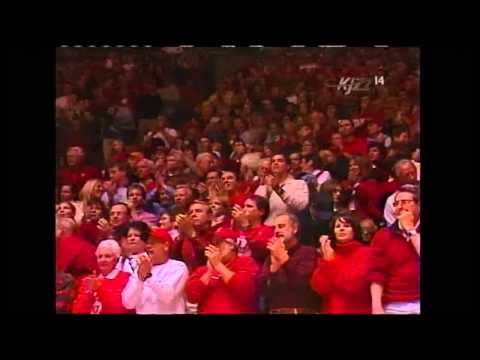