Question for those more knowledgeable about football than me

In my news feed on football and the state of Utah, I get updates about Zach Wilson. Some of the links are for obvious BYU homers, like the D-News or KSL. Then I get some stuff from ESPN or other national sites that just gush all over Wilson.

Can someone explain why the hype for Wilson is there? I just don’t see it. Perhaps I’m viewing him through my Crimson colored glasses, but is he really all that and a bag of donuts?

He has a strong arm, quick release, and can throw on the run. They are hoping for another Mahomes.

Good for Zach and he may blow up and be the next Mahommes in the NFL, but he has a high Ryan Leaf quotient in him. Pretty good chance he’ll be a bust. He dominated the dregs of college football and faded against even mediocre competition in general. He feels pretty risky to me.

This is true of all first round draft picks. What’s the success rate for a QB drafted in the first or second round. It can’t be that high.

The kid has some skills, but he had trouble against good P5 defenses in 2019. Since he didn’t have to play any of those in 2020, who knows if he developed.

Someone will make the pick and roll the dice.

Athleticism, arm strength to spare and his deep ball is about as good as it gets.

I might add that Trevor Lawrence is a once
In a generation talent, but after him my money is on Trey Lance. That’s a reasonably hot take right?

The kid has some skills, but he had trouble against good P5 defenses in 2019. Since he didn’t have to play any of those in 2020, who knows if he developed.

Someone will make the pick and roll the dice.

He was also throwing to a bunch of clowns and had a terrible offensive line. I think Wilson will be a very good NFL QB and he should have been a Ute. His parents though…I can see why Kyle was reluctant to offer.

He was also throwing to a bunch of clowns

Matt Bushman is not a clown:

Ranking the Top 10 TEs for the 2020 College Football Season

While the receiver corp was not rated highly, a couple of receivers put up some decent numbers:

Discover the current NCAA FBS Football leaders in every stats category, as well as historic leaders.

and had a terrible offensive line

PFF ranks every FBS offensive line from No. 1 to No. 127. Notre Dame tops the list, the Oklahoma Sooners just beat out the Alabama Crimson Tide for the No. 8 spot and Iowa rounds out the top 10.

he should have been a Ute… Kyle was reluctant to offer.

He was never going to be a Ute. As has been well documented and discussed Kyle never considered offering as we already had Tuttle, none of which had anything to do with Wilson’s parents.

No, not good points at all.

Bushman did not play a single down last year.

BYU’s Oline got worked on the pass rush against the couple good defenses they faced.

We signed how many QBs this year? Three. So apparently shutting down QB recruiting after one commit was a mistake because it’s definitely not being done anymore.

Obviously, I am impartial. The QB class is pretty solid this year. Would I put him as the #2 QB as I’ve seen others do? No. I think it’s a clear 1 & 2 with Lawrence and Fields. Remember the NFL is notorious for overthinking players and ignoring what most college fans have seen all year. Also, Zach Wilson has had injuries to his arm which would concern me.

Now, my bias will show. I would put Zach probably #5 behind Trey Lance and Mac Jones.

That makes sense. I didn’t watch Wilson. But I did see Fields, and Lawrence play, they played pretty well. They did have good teams around them too.

I guess my thing about Wilson is, that the last time the Utes played him, he was pretty much shut down. I don’t see him as a 1st rounder, 2nd and down? Yeah, but not 1st round.

Wilson might be the next Mahomes but chances are he’s closer to being the next Ryan Leaf.

I’m comfortable saying that Zach Wilson was a recruiting miss, but that is because he was a diamond in the rough, not because he was an obvious top level QB. But in saying that is an important point, the level of Utah football is such that even without Zach Wilson’s longstanding fandom, had Utah wanted him, they would have gotten him over BYU.

And it should also be noted that BYU didn’t really ‘get him’ rather he wanted to stay close to home and it was really his only choice to do so.

I’ll be happy for the kid if he tears it up in the NFL, I’m just saying right now I think he’s getting more credit than he is likely due.

It seems to me that he made good improvements this year and showed promising physical talents. I would wonder about experience against good defenses and having the mental side of seeing and reacting to defenses that makes great qb’s great. Maybe they think they can coach that, get him watching more film, seeing it on the field at practice and develop. I see a serviceable backup role with an occasional start be best for a longer NFL career, but more likely he’ll get put in too fast, not be ready, crumble, lose confidence, and flame out.

His mom will be really good for the Chunky Soup commercial business though if he does make it big. Although I think they are trying to bring more diversity into those.

His mom will be really good for the Chunky Soup commercial business though if he does make it big. Although I think they are trying to bring more diversity into those.

Quote of the week for UFN.

His mom will be really good for the Chunky Soup commercial business though if he does make it big. 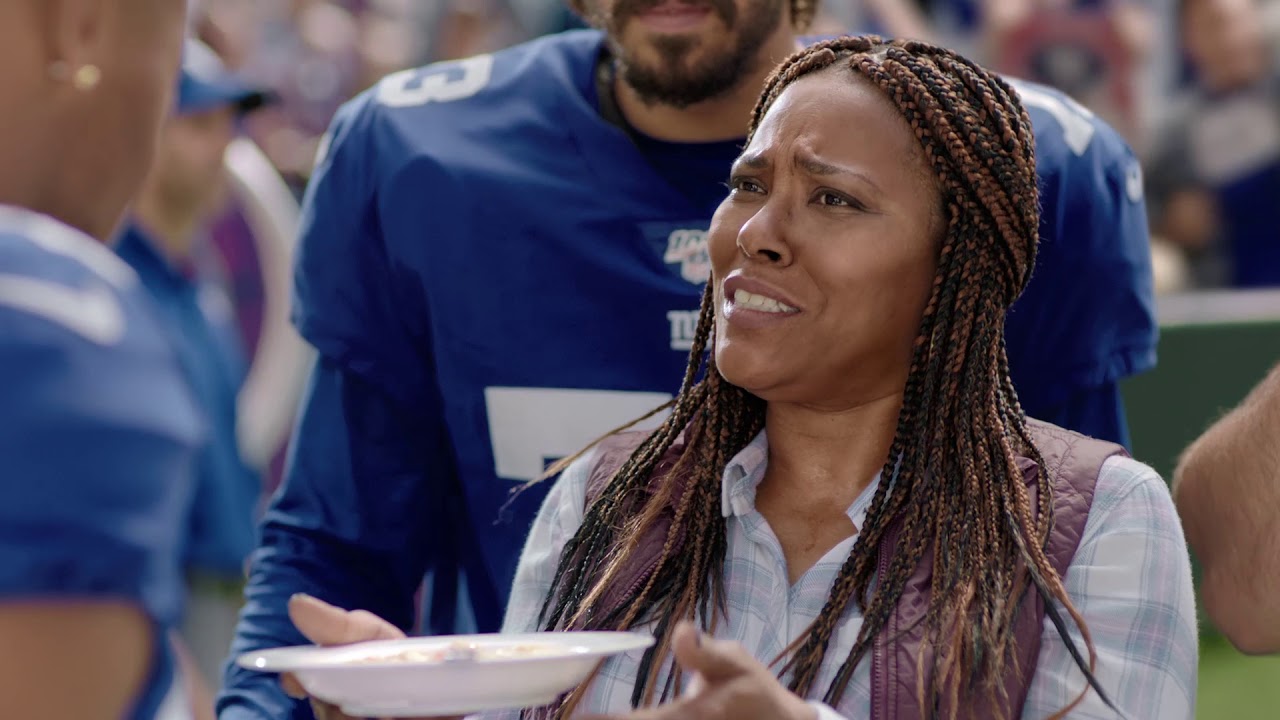