PAC 12 Offensive Player of the week

@Utah_Football
Bad Moon Rising! This is the first time in Utah history our QB has been named @pac12 Offensive Player of the Week in back-to-back weeks. WE SEE YOU @crising7 👀 #UBoyz #thiccboi7 https://t.co/XSp07k1KfR 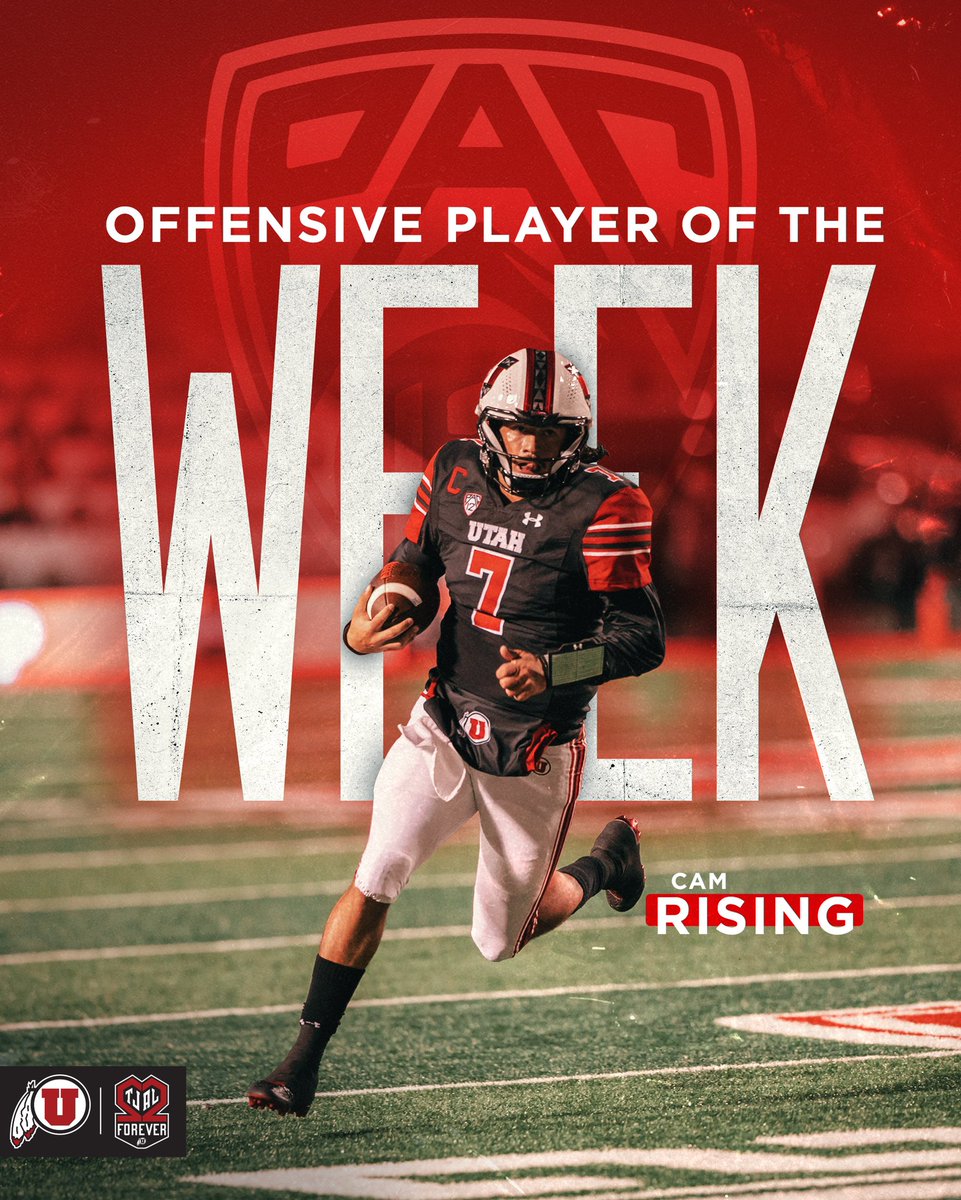 I am trying to think of a more welcome surprise we have ever had at the QB position. Alex Smith sort of emerged and progressed rapidly. Huntley was ballyhooed long before he got to Utah. Rising, in contrast, was a transfer from Texas who seemed promising but had never played a down of D1 ball. He won the starting job in 2020 but was out for the season after a few plays. Then Brewer narrowly beat him out in 2021 and we were all set to see Mr. Baylor 4-year Starter take over for this season.

Then boom! The San Diego State game and we were all sitting up and saying, “Hey! This guy really seems to have something special.” And now he’s the PAC-12 Offensive Player of the Week two weeks in a row.

He must be living right on and off the field, because magic is happening.