So Ainge blows up the Jazz and sells off the valuable parts; brings in a bunch of unknowns, underachievers, and expiring contracts; hires a guy who has never been a HC; and looks to tank the season making his future draft picks higher and lower the salaries against the cap for a possible future run at the title…

Then the team starts winning. Is it me, or are the 2022-2023 Jazz starting to look like the basketball version of the Cleveland Indians from the movie “Major League?”

I wonder if their coach gave them the opening season speech the character Lou Brown gave? 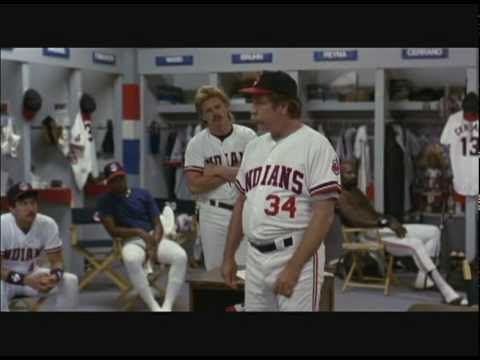 Wonder if Ainge had to call their new HC back so that guy could sell a set of tires first?

I’m not sure if you want serious responses to this post, or if you’re just having fun with the Major League analogy, but I’ll offer a serious response anyway. The housecleaning that Ainge has done is rather incomplete, for various reasons. The Jazz actually have some significant talent left on the roster, and the new coach is blatantly using it. No one has instructed him to do otherwise, apparently. It is a well known fact that teams tank, but players do not. These guys are playing to the best of their abilities, for whatever reasons, pride, the next contract, each other, etc.

Clearly the team could not get acceptable value for the remaining vets (Mike Conley, Rudy Gay, Jordan Clarkson), so they remain on the roster. These guys are good players, and cause wins to happen. Especially Conley is a winner, he knows how to run an NBA team. Adding Kelly Olynyk, another smart veteran, has not helped the tanking cause. In addition to these guys, the acquisition of young talents like Sexton, Vanderbilt and Beasly, and the surprise all-star level emergence of Markannen has really created a solid team. These aren’t world-beaters, but all are significant NBA contributors.

In essence, this team has about nine players who would be the 3rd or 4th option on any NBA team. That’s going to win you a lot of games in a league of teams that are either tanking, or are severely top-heavy (i.e. the Lakers and Nets). If the Jazz really want to tank, they’re going to have to dump the vets, especially Conley, Clarkson and Olynyk. At this point, I’m not sure they are willing and able to do that.

On the plus side, it’s fun to see them win. The team has good chemistry, and there’s lots of young talent to develop. Plus they have an assload of future draft picks. I’m going to enjoy the ride.

Having fun with the parallels.