Just saw that. So, we’d have three 4* QBs in the same class.

Also wonder what Costelli this about the latest transfer.

I just hope that one of these guys pans out and is an effective QB for a power5 team. I don’t expect Trevor Lawrence level of play but I’d really like a QB that can throw the ball with some consistency.

We’ll see how things go with these QBs.

The QB position at the P5 level is hazardous.

Does anyone think “Zach Wilson” would be mentioned in the same sentence as “Heisman” if he played in the PAC? Of course not. He’s a pretty good QB, but the PAC is full of all-everything QBs who struggled against defenses with talent, and defensive coordinators who know how to make a good QB look like a fool.

Matt Fink at USC last year was a 5 star… until he got supplanted by JT Daniels, and then (the now noodle-armed) Kedon Slovis. But Fink showed up against us, showed a seriously nice arm.

Stanford always has some wunderkind QB who we typically make look pretty damn average. Their QB Mills was doing a Bentley impersonation vs UCLA last night, with a Pick 6 on a “why didn’t he see that guy?” play, but Stanford won the game in 2 OT, in large part because of Mills getting the ball to Fehoko.

All this makes what Ty Huntley accomplish over his 4 years pretty damn remarkable, even when he was throwing 4 picks and being thrown around like a rag doll.

I was impressed by the potential Rising showed.

Let’s see how everything works out.

So Rising, Costelli, and Jackson will compete for the job? That seems like good news for us. Will they transfer again if they don’t get it?

This new transfer era in football is as dumb as I thought it would be.

This new transfer era in football is as dumb as I thought it would be.

The one-time option to transfer and play immediately will be pretty crazy.

After that, having to sit out a year will temper the transfer-itis, I think.

having to sit out a year will temper the transfer-itis, I think.

Even before the pandemic, though, the NCAA had started handing out waiver transfers like candy on halloween. We are now in a spot where any big recruit who doesn’t start as a freshman is a transfer risk.

We now have three 4-star recruits at QB. Two of them have transfered once. Does anyone think all three of these guys finish their college career at Utah?

That’s not likely to happen.

NCAA is supposed to vote in January on allowing one transfer without penalty in all sports.

I pulled this from a thread on Bentley (Bentley Does Not Suck), but it belongs here.

Given that Utah now has a commitment from Texas transfer, true freshman 4* QB Ja’Quinden Jackson, I don’t think Jake Bentley will return and I don’t think Drew Lisk will return. In the post game program on ESPN700, Scott Mitchell made a big push with Drew to return.

Next season, Utah will have:

Cam Rising suffered a shoulder injury, one that was determined to not be as bad as feared (thanks Ma-ake for an update on that). Peter Costelli needs time to adjust, while who knows, he could be the guy. Ja’Quinden Jackson we don’t know. The other two, not sure their level of progress or capabilities. None of them are tested, Rising only took 14 plays before being injured, while several have some knowledge of Utah’s offense schemes.

I posted the Utah QB line up, assuming Drew Lisk and Jake Bentley do not return, because it is packed with underclassmen. Just looking at the list, and I do think it important to have depth, but my fear is, my thinking is, something has to give. I thought when Utah was looking for a transfer QB, that person would be a junior or senior.

But that last thought begs an enormous question that I hope some of you will answer.

Looking at 4* rated transfers to Utah at QB, thinking among several others Tom Grady, Terrance Cain and Cooper Bateman, how have they panned out in your opinion?

Here is a SBNation/Block U article that looks at this same question up until 2015: 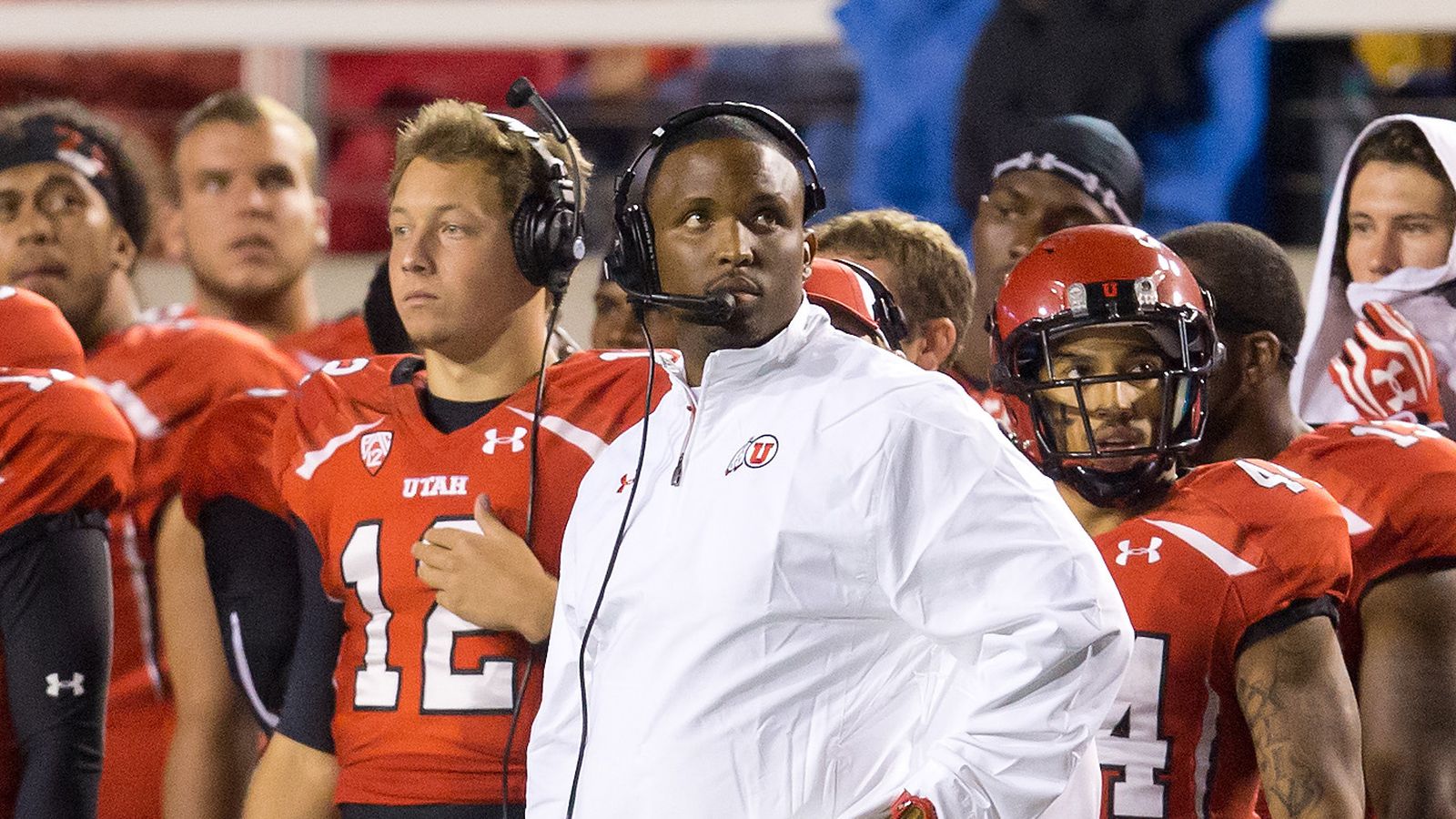 The 2015 football season grows closer and closer, and with every season armchair analysis begins. The position that is almost always the focal point of the team, and often a small sample of how...

That’s what I meant - maybe not clear.

Complete free-agency with no costs will result in a lot of movement, especially in FB with the numbers and the risk of injury.

How the recruiting goes with this (hopefully one year) scenario will be interesting.

Sancho’s right about the waivers, too. (I guess the Tuttle situation helped up clear up some dumb hazing issues.)

I guess the Tuttle situation helped up clear up some dumb hazing issues.

The rumor was Tuttle got an exemption to the one year wait requirement based on claims of hazing when he was here as a true-FR.

The rumor was Tuttle got an exemption to the one year wait requirement based on claims of hazing when he was here as a true-FR.

We are so mean.

Next season, Utah will have:

Save your health Qs: Charlie Brewer sets his aim at records

Yes, Charlie Brewer got hit hard in the Sugar Bowl. But stop asking him if he should keep playing. He's far too busy watching Joe Burrow prepping for Baylor's new offense.

All about Charlie Brewer, in a video that sounds like it was done by someone who thinks very highly of him–so highly that he loses credibility. 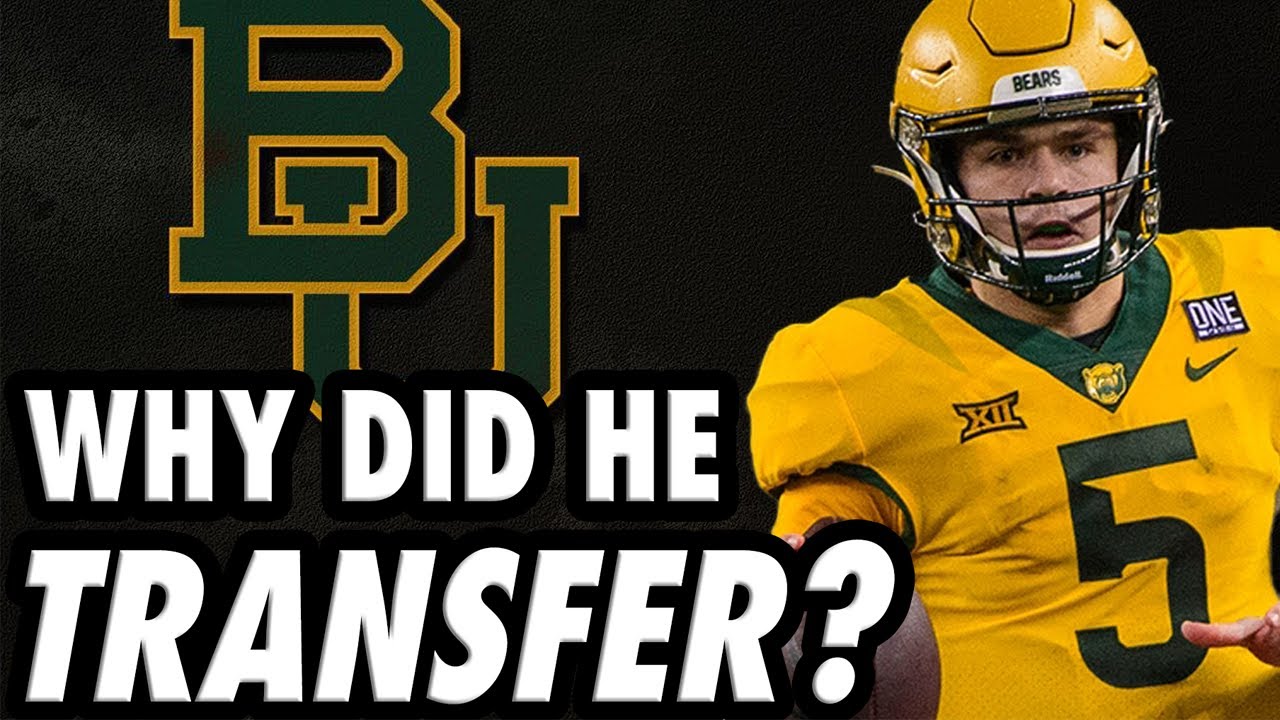 What I love about Brewer is his experience and age. Although, that’s also what I liked about Bentley.

We need to get our pass protection figured out. Any QB we bring in is going to get rattled and thrown off their game. I watched Brewer’s highlights at Baylor and most of them he has all day to throw. I doubt anyone can put together a highlight reel longer than four plays the last two seasons where our QB has had all day to throw.

What I love about Brewer is his experience and age.

I hope we give the job to Rising, Costelli, or Jackson. If you give it to Brewer, the freshmen will transfer. And then we’ll be in the same situation of needing to bring in a senior transfer again the following year. That’s how college football works now. Give it to one of the freshmen.