Look for some differences on the offensive approach in this game and the rest of the season.

“If you kind of look at the fourth quarter of the last game, I think that’s the offense that we have a good shot of being — playing fast, playing aggressively, wearing the other team down, and that’s, I think, going to be our offensive identity,” tight ends coach Freddie Whittingham said. “We’re not going to change as far as, you know, our basic philosophy and everything that we do. We’ve just got to put more points on the board, and that’s the focus going forward.”

This may say something about the defense as well. This year we can’t rely on the D to hold the opponent down or generate turnovers. Utah will have to put points up on the board. 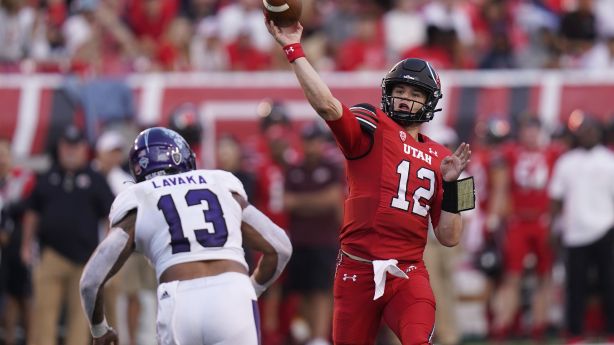 WSU may be on QB #2 (a walk-on sophomore) for the game on Saturday. 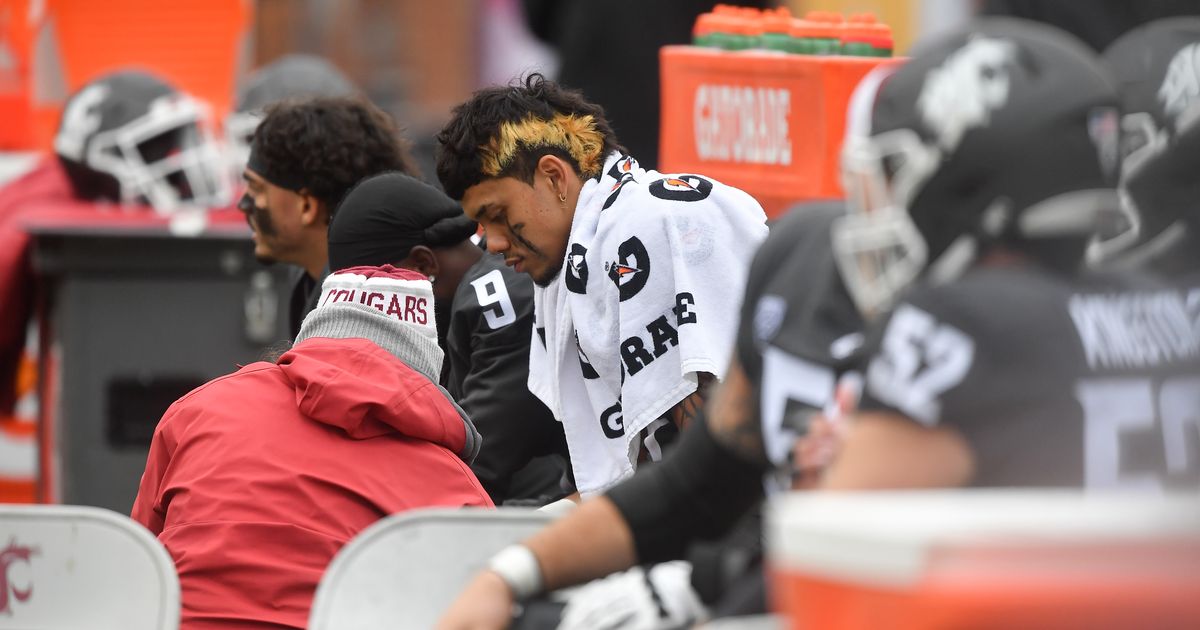 The other depth chart changed that jumped off the page was Braeden Daniels moving to RT in front of Bam. This may be a matter of getting the best 5 OL on the field at the same time, but… we’re in Game 4. The OL room has to be an interesting place to be these days.

Hauati Pututau got nudged out by Junior Tafuna inside, with Devin Kaufusi starting where Viane Moala had been, and the Pututaus (Hauati and Tennessee) being the 2s inside now. (That seems to be a partial explanation of how we got gashed in the 2nd half by SDSU’s run game.)

With Broughton being out, Faybian Marks is the 1 at Left CB, and vs Wazzu we may play some dime, since they don’t play TEs and getting a LB vs a smurf WR is a mismatch. My hunch is Zemaiah Vaughn #16 will get some snaps, possibly Aaron Lowe #22.

Josh Newman has a strong review of the SDSU game and the state of the team as we head toward Wazzu.

On the QB situation:

This is where we are. Brewer wasn’t great against BYU, but he regressed vs. San Diego State. He has played poorly in part because of an offensive line playing poorly, but Rising made it happen Saturday in a way Brewer has not. It is that simple right now. 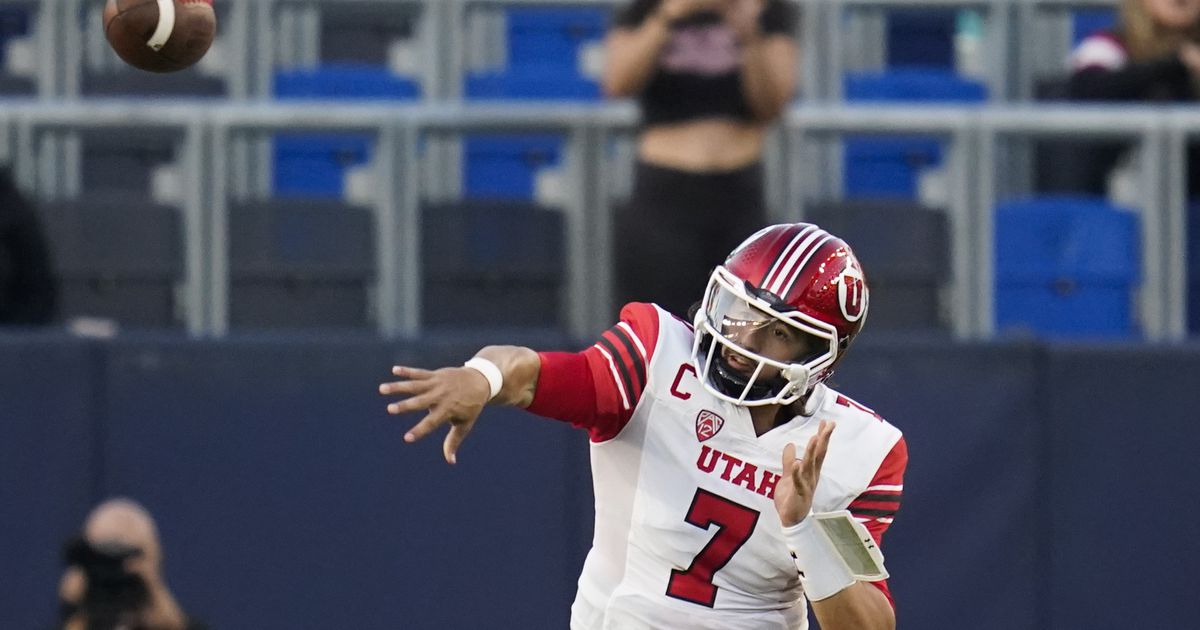 Cam Rising nearly saved Utah’s night. Can he help save the Utes’ season?

Cam Rising's arrival for the University of Utah felt like a reminder, that everything is still possible for these Utes

I think the problem for wing nut is for BYU fans in the years of independence, their souls and seasons were crushed at this point and so they think everyone is that way. Keep in mind these are people who still believe independence was an awesome idea. BYU looks good this year, but it really isn’t time to puff their chests yet (and brag about beating two ranked teams… when rankings mean virtually nothing). For the record they’ve been a turrible Arizona team, won their super bowl against a Utah team that went and lost to SDSU, and then just about lost a game to a questionable ASU. I’ll admit I am jealous of that record of wins, but few else are.

I don’t have high hopes at all… but we still have a lot to play for and if it is true we have all this talent and all of this struggle is puzzling and Rising is the secret spark to get things going… we might be in it.

If there is a time to have bad losses it is at the start of the season, not the end. So thinking pie in the sky just for a minute, maybe we never look back and have the opposite of most of our seasons of late (high expectations that get crushed in November).

But back down to reality - this might be a looong year. And so that is where my mind is, and I’m going to count each victory as… a victory.

after Saturday, I think one thing that’s been made clear is that Utah isn’t a program that can function with your traditional 3-5 drop back, stay in the pocket QB. Programs with great OL’s that keep their tight ends/RB’s in to block can do that. USC, Michigan, Iowa Penn St can exist with that style of play. Utah cannot.

Brewer probably wouldn’t be considered a true drop back passer, but clearly he has less escape-ability and maneuverability than Rising. That seemed to make all the difference in the world, late in the 2nd half vs. the Aztecs. I hope we shift our recruiting to more dual threat option QB’s for this reason.

Keep in mind these are people who still believe independence was an awesome idea.

They thought it was so awesome that they believed that all of the real power programs in college football were going to go independent as well. I remember a few of them came to this forum and said the it was only a matter of time until USC went independent.

I give it 6 months before it morphs into the two marquee programs actually left because the BYU invite was imminent and they refused to share the limelight.

What’s the key to Utah beating Washington State? I’d like to see Utah get the ball to #2. That kid’s pretty good. Good speed and toughness.

tweets have hinted that Brewer left the program

@JFurKSL
We have a depth chart and Cameron Rising is listed at QB1. Ja'Quinden Jackson is listed as QB2. https://t.co/ezUhRByEYj 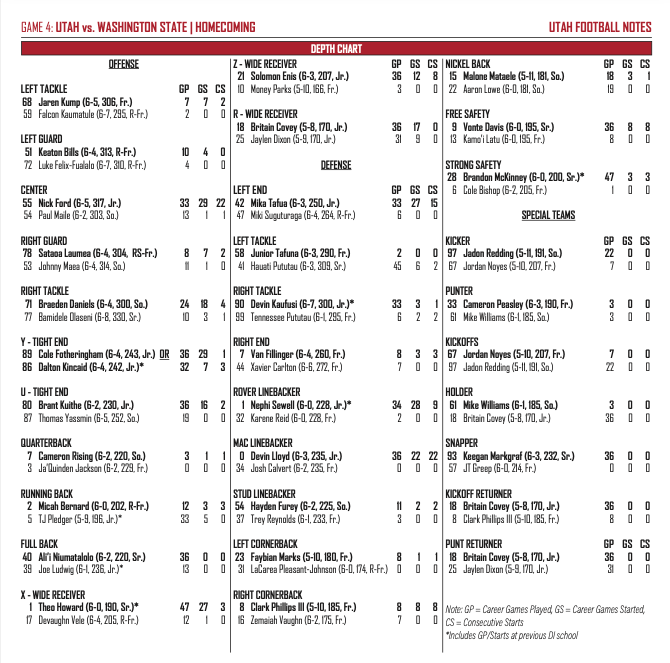 @JFurKSL
Charlie Brewer is no longer with the Utah football program. "Charlie has decided to move on and we wish him the best," per statement from Kyle Whittingham.
1 Like
salUTE September 21, 2021, 5:33pm #35

this probably belongs in the QB Graveyard thread…

Interesting that Jackson is listed as the 2.

This may be more of a reflection of the overall offensive identity we’re settling into this year than who’s a better QB, Jackson or Costelli. (Impossible to know from the outside.)

If it takes the threat of a QB run to get defenses on their heels more, fine.

It would be great if Jackson can get some snaps on Saturday (not out of necessity).

WTH? I started this new thread to get a game thread without all the BYU-centric crap and you merged them together???

I was about to say the same thing. This is crap. Those other ones might as well have been deleted.

WTH? I started this new thread to get a game thread without all the BYU-centric crap and you merged them together???

Figure Wazzu snatched defeat from the jaws of victory against the Gaggies…at home.

They feasted on a 1AA team that has to give away free beer to get people to attend their home games…at home.

They played a half, then got steamrolled by U$C…also AT HOME!!!

This is their first road trip of the season. They are 1-2 in their own house.

this probably isn’t unusual for most college football teams but Utah football has gone through a roller coaster of streaks over the past couple of years.

We’ve played 10 games since that point and have gone 4-6.

All hail the rise of thiccboi7