Lions and tigers and tech, oh my!

it’s just amazing how often we are assaulted at work. It’s becoming harder and harder in the medical community to not be distracted by the overwhelming care, maintenance and complications of tech society.
It must take a special breed of person - with extraordinary intelligence and zero compassion - to want to exploit the systems designed to protect and enhance the care of our most vulnerable populations.

University officials restored from backups, but they had to pay the ransomware gang to prevent them from leaking student data.

As mentioned I don’t get why the U paid the ransom as there are no guarantees the data was destroyed and the sensitive info was secured. Feels like a bad choice to me.

Ransomware is just nasty. I work for a software company. Lots of our customers have their instances hosted by our servers (which are quite secure) but other customers have their own servers running our software. Over the years a few of them have been victimized by ransomware and it has cost them time and money recovering. Usually it’s not been a matter of sensitive information, but a loss of functionality.

The trick of course is if you decide to pay up, do you know for sure you won’t be asked for more $$$$ down the road.

The payment was largely from insurance.

The problem is that the system is only as strong as the weakest link, so if someone opens a suspicious email or visits a questionable website, all of the reasonable security measures a company can take - especially a university that prides itself on being open to the world - are for naught.

Here’s a sobering reference point. IT Sec is one of several hats I wear.

One of my colleagues was at a barbeque in Palo Alto, bumps into a IT Security engineer from Google, they converse of the craziness of IT Sec and the growing threats, etc.

The Google IT Sec engineer mentions in passing that he’s been recruited to “switch sides”, work for the bad guys… for $10 Million a year.

That’s NBA / MLB money. Have to relocate out of the country, depending on what NSA/CIA find out, might not be able to come back to the US. But for a 25 year old whose girlfriend just dumped him… that might be an offer some of them take up.

This is an utterly insane reality the grad students and comp sci wizards at the U never imagined when they were pioneers in putting the Internet together, back in 1970, with their colleagues at Stanford & UCLA. 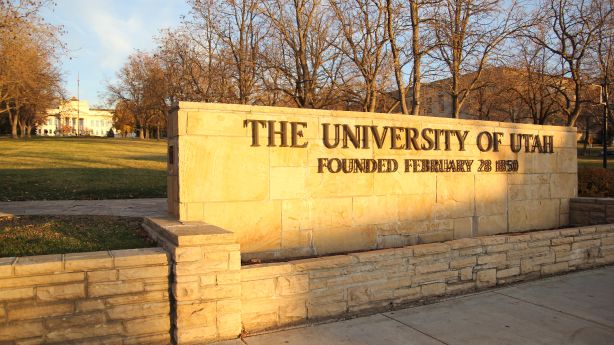 The University of Utah's College of Social and Behavioral Sciences was the target of a criminal ransomware attack in July, which the school ultimately resolved by paying the hackers.

So disappointed in the U; preventable cause, misguided solution.

What is the university supposed to do in this position if not pay the ransom?

What is the university supposed to do in this position if not pay the ransom?

What is embarrassing to me is that an organization as sophisticated as the U. allowed this to happen. I may be wrong, of course.

As mentioned, the security is only as good as the weakest link, and so this could have been the lowest level employee who clicked on a link that allowed the hack to happen.

Regarding @sancho question, there are a few reasons to NOT pay the ransom

As @stonguse mentioned, it sounds like the majority of this was paid by insurance, so there is that. And I suppose you can argue that it is 100% guaranteed they’ll leak student info if you don’t pay, and maybe 50/50 if you do. I wonder if that expense was weighed against whatever expense they’d assume by trying to protect the students with leaked data (and we don’t know what that is). There could be lawsuits, or it could be as simple as buying credit monitoring services for the affected students.

One thing I do know for sure though is I would not be publicizing that the U had paid a ransom, I wonder how that got out. I know it is a public entity, but…