It just gets sadder and sadder up here. 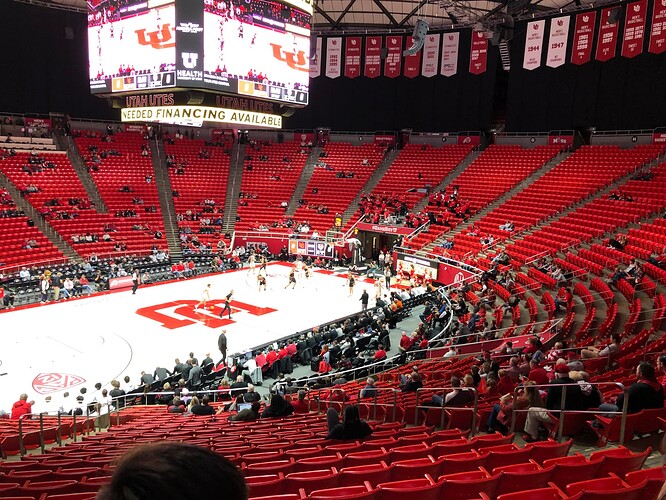 Idaho State must not be terrible. It almost won at BYU. Not a bad game to play this early. Brandon Carlson is a star.

It’s a simple matter of not wanting to watch a crappy team lose so often. I have faith Coach Smith will turn things around, but yeah, I’m not heading up to SLC to watch them play and potentially lose to Idaho St. I was at most games as a student with Poeltl, Delon, Kuzma, etc… and they were a lot of fun to watch, but recently it’s just painful.

Idaho State must not be terrible. It almost won at BYU. Not a bad game to play this early. Brandon Carlson is a star.

they will finish 1 or 2 in the big west

Sam Houston has some size. Given its win at Oklahoma, this game will be very interesting.

The final score is not reflected in the box score. Utes were +15 on the glass, shot 13 more FT, shot a higher % overall, and from deep. The only negative was -4 on turnovers. Despite the overwhelming numbers the game was a struggle until ISU got turnover prone in the last few minutes. The box score suggests this was a blowout.

When the Utes pulled away at the end, the lineup on the court for the last few minutes was Carlson, Madsen, Worster, Tarlac, and Ballsteadt. Nobody saw that coming.

Coach experimented with lineups. I saw Worster and Saunders on the floor together, but the reults were mixed.

Carlson, Madsen and Worster were very good. Luka was probably the best of the rest. Lazar continues to struggle. Exacte had a forgettable night. Without Keita, Baxter was the backup post.

Luka Tarlac fan club anyone? Quite a debut. He and Lazar are listed at the same height, but Luka is clearly taller and longer. He plays smart, is aggressive on D and on the boards, and is not afraid of contact. If he can shoot at all he’ll see a lot of minutes.

Sauders was good when he played under control, but at times he tried to play hero ball and got into trouble. I got the impression that his +/- was not good despite being the Utes second leading scorer on the night.

Holt only got 3 minutes. I’d like to see more of him.