I want to drink the kool-aid, but

Man, maybe Hope, who kept flirting with Georgia is now flirting with us. Perhaps it’s an ingrained sense of the football program seems to lose a WTF game, or whatever.

Kyle Whittingham finally led the Utes to a Pac-12 title and took down two-time defending champion Oregon to do so. In fact, Utah dominated Oregon not once, but twice. That could be a changing of the guard since Mario Cristobal left for Miami. Utah could very well be the favorite in the Pac-12 now, but Lincoln Riley’s arrival at USC certainly changes things. Still, Utah has one of the better odds to win it all next season so the Utes just made the list, looking ahead to 2022-23. Whittingham was cautiously optimistic about his team next year, following a close Rose Bowl loss to Ohio State, but we don’t have to be as cautious as the coach."

Here’s Hope leaving Georgia for aTM, or is it really us? 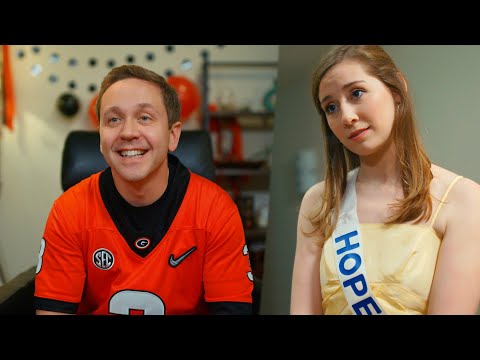 Drink it. Helps get through the darkness of basketball and baseball season.

I have to honestly wonder how many people that use that phrase were alive when Jonestown happened, to know just how horrific that koolaid drinking was… It always rubs me REALLY the wrong way when it gets tossed out casually…

Whoosh…Guess you’re not related to Drax. You must be fun at gatherings.

And just to pedantic… it was “Flavor-Aid” that was mixed with the cyanide.

Jonestown Massacre: What It Meant To ‘Drink The Kool-Aid’ (groovyhistory.com)

Bleeding hearts of the world unite.

I dont think ANYONE cares about the brand name… we all know waht the horrific reference is.

Whoosh once again. Can’t you ever enjoy a thread or are you just a PITA in general?

I have to honestly wonder how many people that use that phrase were alive when Jonestown happened, to know just how horrific that koolaid drinking was… It always rubs me REALLY the wrong way when it gets tossed out casually…

I was alive and remember it. I think it’s fine to use as a euphemism…no problem with anyone using it anymore than someone saying their team got massacred. Too many other things in this world to get upset about…

Damn, everyone getting chippy.

Gonna be a long off-season.

I’m drinking the Kool Aid. 2022 is the Utes’ year to seriously challenge for the CFP. I’m all in.

i had some black cherry kool aid on Sunday . It was delicious .

We found pineapple Kool Aid at an Hispanic market over the weekend, and bought a few.

It’s funny how neither “a” or “an” seem right in front of a word that starts with an H.