This is encouraging. I love Utah football, but there’s nothing in sports I look forward to more, or enjoy more, than sitting in the Huntsman Center and watching the Utes play. There have been brief exceptions when it was impossible to tell what the guys were actually trying to do on the floor, but that was years ago now. There are only 15 guys and the coaches and staff, so it should be easier for them all to stay healthy and COVID-free. Shouldn’t it? I need reassurance. 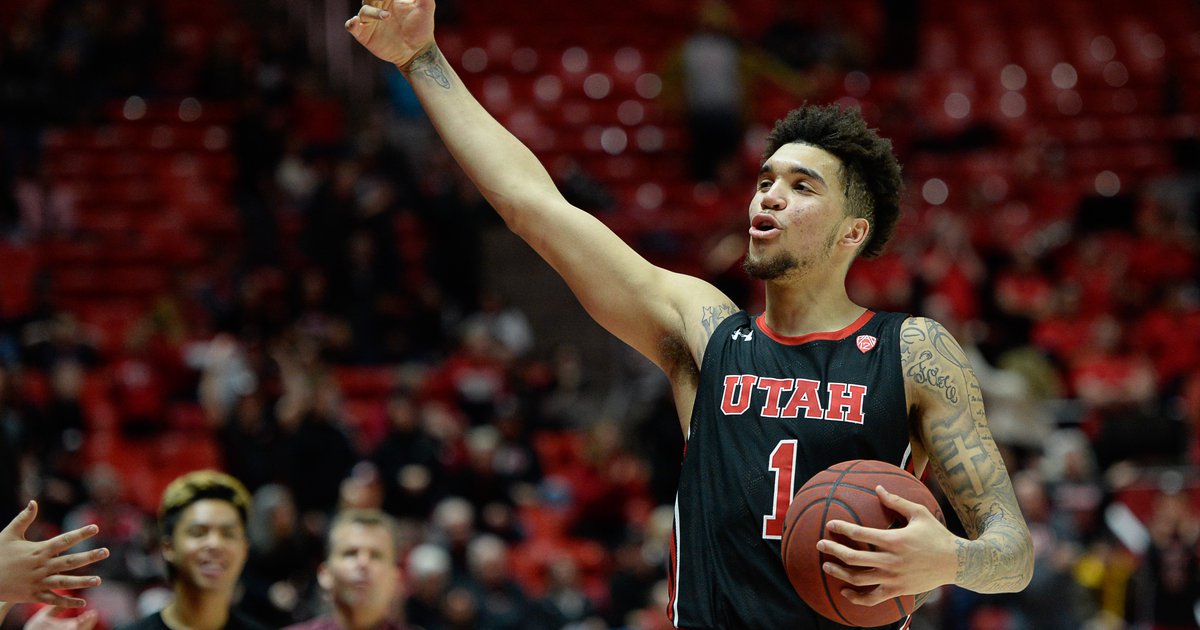 If the University of Utah men’s basketball were to have a player, coach or other essential personnel member test positive for COVID-19, the NCAA would recommend, but not mandate, a 14-day shutdown of the program.

Well this was short-lived since Harlan said the basketball program had a “handful” of positive tests Friday and is currently on pause.

According to Harlan, 2 positive tests so far.

I know some here disagree with me, but I think the players simply have to be more careful. We can’t keep blaming the rednecks in Utah County and elsewhere. These guys have an obligation to themselves and to their teammates to stay safe.

Yes, the players have that obligation, but it really is no greater than the obligation each of us owes to one another.

If I understood Harlan correctly, he stated that current positive numbers of the program (players and staff) is 17 and that those cases have not arisen from passing it to one-another during football related activities. There are approximately 150 players and staff in the program, which means that slightly over 10% of the program currently have Covid. Salt Lake County, with a population of 1,182,260, currently has 60,859 confirmed cases (.54% of the County) and a rate of 5,244 per 100k. This suggests that the Ute program is currently twice as infected by Covid as the general Salt Lake County population and further suggests that 1) the program protocols for protecting players is not as good as what the general population is doing; 2) the players and staff are not following the the protocols; or 3) the testing of the general population is undercounting the number of people currently with Covid.

I initially believed that the current positive numbers had to have been due to lax conduct by members of the football program. However, I now believe that members of the program have been more cautious than the general population and what we are really seeing is that the community numbers are undercounting positive cases because people who are asymptomatic do not get tested. From the beginning, people smarter than me have been of the opinion that the number of positive cases is undercounted by a significant number.

Statistically speaking, one would expect the BYU and USU football programs to have numbers similar to Utah’s. We don’t know what those numbers are, so we have some possibilities: 1) Utah’s program is much more honest about the numbers; 2) Utah’s program protocols are not as good as either BYU or USU; 3) Utah’s players and staff engage in outside activities that put them at a greater risk of getting Covid than those at USU and BYU.

I don’t believe it is 2 or 3 and I have no basis to believe it is 1. I really have no explanation for this apparent anomaly and my analysis could be totally wrong as I am a lawyer, not a stats guy.

I’ve seen epidemiologists suggest that we are undercounting by a factor of 10.

We know BYU has had positive cases, but we will never know how many. It’s likely - based on the university and county numbers - that they’ve had numerous cases over the course of the season.

We know that some schools - USC and UCLA - haven’t had many at all. I think much of it is random. Why do some high schools have outbreaks while others don’t? It’s not due to the behavior of the students. Why do some bars have outbreaks while others don’t? It’s not the behavior of the patrons. The spreading events are random. Utah, ASU, UNC, Alabama, LSU, and Wisconsin lost the covid random lottery. USC so far has won it.

I just hope they are being really careful.

I just hope they are being really careful.

Yeah, if they aren’t, there are other problems with the team in addition to the virus.

The University of Utah men’s basketball team had a COVID-19 scare on Friday, but it could have been worse.