How, when and why the Utah, BYU football teams headed in opposite directions

When even the DN uses the term “dumpster fire”…'nuff said! 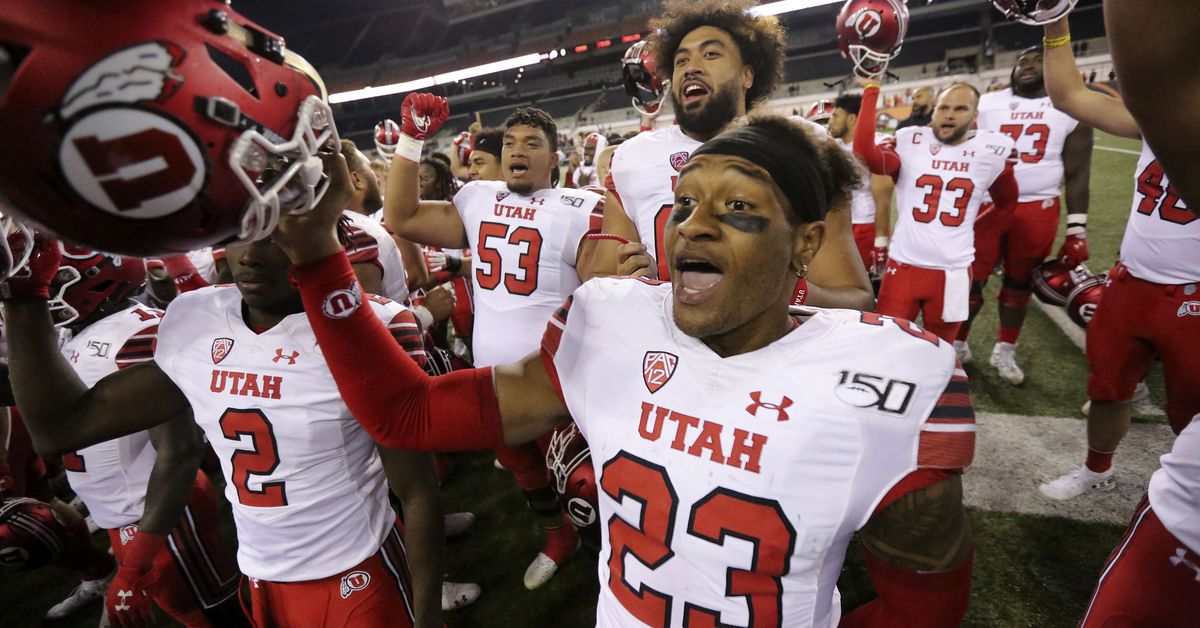 How, when and why the Utah, BYU football teams headed in opposite directions

The Utah and BYU football teams seemed to be at the same level just a coupe of weeks ago, but now the Utes seem to be miles ahead of the Cougars

Music to my ears. At this rate they’ll never regain anything resembling a national presence, no matter who their coach is.

As a Ute fan during the 1980’s, the current state of the BYU program and the effect it has on their arrogant fan base, is enjoyable. Although, I have to say, things are so bad right now, I actually occasionally feel sorry for them.

Firing Sitake, would NOT be a good idea - who on earth would they get to replace him?

BYU’s problems have much deeper roots than coaching. Going back to the MWC is the program’s only hope.

no conference, no real focus/goal. Agreed that the only way forward is rejoin the MWC or any other conference.

I may have missed it, but the article didn’t really state the “when” portion of their title. We, Ute fans, all know that our Utes had been doing better than BYU for even in the MWC days. Well, at least toward the end of our MWC days that helped us get into the PAC. Now our time in the PAC has just accelerated that differential.

I can’t say that I feel sorry for BYU, let alone their fans. Objectively they’d be better off in a conference, MWC being the best choice. But in reality, what conference would want to put up with their arrogance? All of the teams in the MWC were on the receiving end of BYU’s arrogance. The AAC? Too expensive, too much travel. Maybe the MAC? Realistically, who’s left? Downgrade to FCS? Would the Big Sky take them? Maybe, for the name draw and curiosity. IMHO BYU will have to truly be contrite, and beg the MWC to take them back. But I don’t see that happening, so they’ve put themselves onto the path to oblivion as a football program. It’s their own fault, they’ll get what they deserve if they don’t make nice with the MWC, or the MAC.

Going strictly from memory on this, but if you are looking at the divergence of the two programs I think it starts with the last years of Lavell. I think they had one good season with Brandon Doman - was that Lavell’s last? But before that, BYU was a middling if not struggling G5 program (so was the U).

Urban Meyer comes in, blows things up and we’ve never looked back. As you mentioned the PAC-12 has just accelerated things.

Meanwhile during that time, Gary Crowton comes in and destroys the program. Bronco did the best he could, but got really hamstrung when BYU went independent.

BYU fans really want to fire Sitake now. All fandom aside, that would be a huge mistake if they don’t have his replacement in hand. The equivalent of quitting a job with no where else to go. If there is even a brain on Holmoe’s head he shouldn’t even hint at Sitake’s demise until he has a signed contract in hand for the new coach. And really, who are they going to get that is better than Sitake?

I think they brought Brent Grimes in to be that guy, but I don’t think he looks like the answer.now.

…alistically, who’s left? Downgrade to FCS? Would the Big Sky take them? Maybe, for the name draw and curiosity. IMHO BYU will have to truly be contrite, and beg the MWC to take them back. But I don’t see that happening, so they’ve put themselves onto the path to oblivion as a football program. It’s their own fault, they’ll get what they deserve if they don’t make nice with the MWC, or the MAC.

The when is three part. When McBride arrived he made Utah competitive with the top conference teams, made them often ranked, and began taking Utah to bowl games. Part two was done by Meyer and maintained by Whitt when they gained national attention and began sometimes considered in the top 10 which is a big deal building a program. Part three was Pac 12 membership which is big because only a handful of programs in the G5 are on par with the lowest rated P5 programs. Still, if the 5 top G5 and bottom P5 were in a league, the P5 teams would consistently win.

I’m not buying this statement.
“Still, if the 5 top G5 and bottom P5 were in a league, the P5 teams would consistently win.”

Bosie and UCF would be co owners of this league with an occasional challenge from the Beavers. Especially after 5 years when certain advantages evened out by being in the same league.

I think if this hypothetical league was created byu would be more competitive in time because they have the infrastructure in place to do so. The point is I don’t see any major separation from the top of the G5 and the bottom of the P5. Also I think the best G5 team in any given year would beat the worst P5 team. This year would be Boise State vs Rutgers and Boise would be a 20+ point favorite.

In that hypothetical league, with all teams playing regularly, BYU could likely become one of the more consistent performers. I’ve noted before they get motivated to play the few teams they play on a regular basis, but lack that motivation when they face teams like Toledo and Southern Florida.

I think they are likely to play quite competitively against Boise St this weekend as they play every year and are becoming rivals. May not be a Cougar victory, but will likely be their best October effort.