For my friend LA Ute

Good luck to them! They’ll need less luck now that they won’t have to play the Dodgers. The Dodgers are also lucky, in that they won’t need to worry about another epic post-season collapse!

Two relief pitchers during the [#postseason

Simply brutal game in Atlanta, with many fans not getting to their seats until it was essentially over. Sort of like when fans standing in the beer line missed the entire fight when Tyson was getting first round KOs.

Well, I love nothing more than a game at Chavez Ravine and watching the boys in blue. There will be other seasons — although I wonder what Kershaw’s future looks like. He may need to slip quietly out of town. Meanwhile, fans of other franchises who hate the Dodgers (a franchise that hasn’t won a World Series in 41 years — an odd subject for anyone’s hatred) are enjoying this. Have fun, guys, we’ll be back! [EDIT: It’s 31 years, not 41. Typo!] 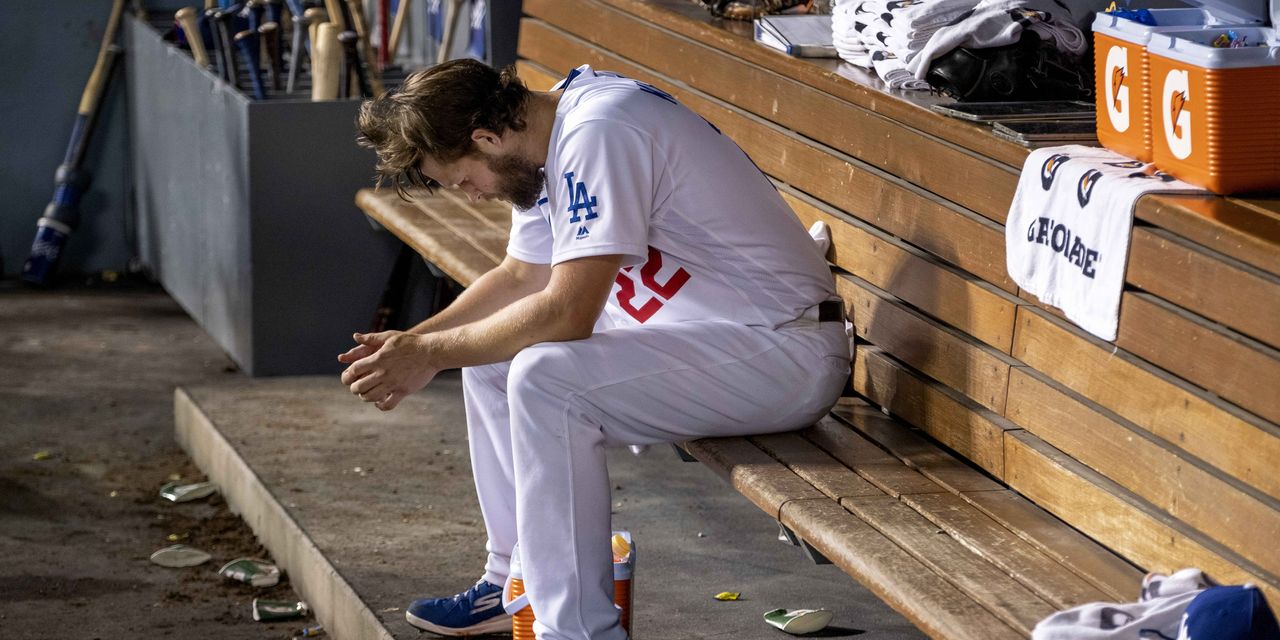 Another Season Ends in Devastating Fashion for the Los Angeles Dodgers

After winning 106 games during the regular season, the Los Angeles Dodgers didn’t just fail to win the World Series. They failed even to make it out of the division round.

Never will forget Gibson’s homer and subsequent limp around the bases in 88.

Thanks, math was fine, I typo‘d the year. I was thinking 31, not 41, and I remember that Series well.

This could be the year. As a Padres fan, I was hopeful they would hang with the Dodgers, but decimated starting pitching, failure to hit with RISP in the post-season as they did in the season, and the fact that the Dodgers are a more complete team propelled the Dodgers to face the Braves. The catch by Bellinger in game 2 was probably the clincher. I have been a Padres fan since moving to San Diego in 1982 and was a Giants fan before that. My hatred for the Dodgers is well-seasoned and has firmly established itself ahead of BYU in terms of teams I dislike. I just don’t feel the competition with BYU any longer.

Well, I don’t have a strong reason, but I’m rooting for Kershaw to blow it in the playoffs again. I think it’s more entertaining that way.

My team’s in the World Series. Hate them all you want!

Hate them all you want!

I will. Braves and Cubs fan here.

Wished it would’ve been a freeway series with the Angels…next season.

My team’s in the World Series. Hate them all you want!

Psh. You’re probably just a bandwagoner from The Streak.

I was at Derks Field for the game when they broke the record. Good times