You would’ve thought the PTB would’ve shifted the kickoff of this game to a more prime time slot given both teams are undefeated in conference play. Unfortunately since it is a game in the Conference of Cannibals, none of us will see home before midnight…and no one outside the Pacific and Mountain time zones will have watched it.

The powers that be are Fox and ESPN and Fox has a 6:30 MT slot with UCLA @ UW and ESPN the 8:00pm slot. I wonder who had first choice.

I can guess, since LA and Seattle are much bigger markets

Given the team records, they ought to flip those games, but it will never happen.

You would’ve thought the PTB would’ve shifted the kickoff of this game to a more prime time slot given both teams are undefeated in conference play. Unfortunately since it is a game in the Conference of Cannibals, none of us will see home before midnight…and no one outside the Pacific and Mountain time zones will have watched it.

If I don’t have a race to officiate Sunday, I’ll watch here in the Eastern time zone.

For his efforts last weekend, Rising was named to the Davey O’Brien Award’s weekly Great 8 and he was added to the award’s midseason watch list. He is eligible to be named as a semifinalist, finalist or the winner of the 2021 Davey O’Brien National Quarterback Award. Rising was also named the Pac-12’s Offensive Player of the Week.

Not bad for a guy who started the season on the bench.

It’ll be fun to watch him this Saturday. He’s a gamer. 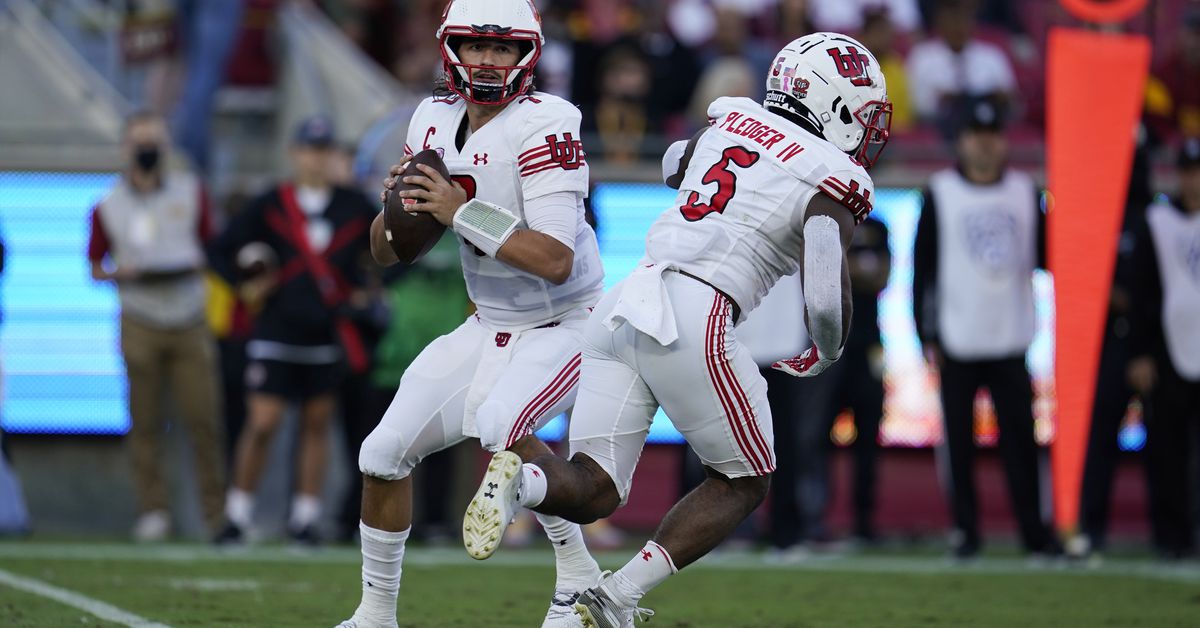 Utah football: How quarterback Cam Rising became the ‘alpha dog’ of the Utes’...

The powers that be are Fox and ESPN and Fox has a 6:30 MT slot with UCLA @ UW and ESPN the 8:00pm slot. I wonder who had first choice.

All I know is, after consulting the weather forecast for that day, an 8PM time with 40 degree temps means I cannot attend ; the metal in my legs would have me in agony in general, and if there is ANY wind at all up top of west bowl where my handicapped seat is, it would be pure masochism to try and go. Sigh. Hopefully some of the later season games wil lbe earlier in day

Its become a cliche almost, that the development for a football team between game one and game two is massive, if not the most improvement during the season. That needs to apply to Cam Rising.

Read about the team and coaches reaction to him through the summer to present in the fine DN article @LAUte posted above. Cam’s first full game, not just being thrown into a beater, was Washington State. Somewhere in the second half, Rising helped the Utes overcome three lost fumbles out of seven to secure a frustrating win. And no small thanks to the defense. Game two at SC, the acid test to the much quoted observation, was nothing short of phenomenal. But even when Rising was tossed into the Lion’s den against San Diego State late in the third quarter, something obvious to everyone who was watching changed. Cam Rising had the reins. The team responded immediately. Something was different.

That night against SDSU I was texting with a friend, and I offered that I would not be surprised to see Charlie Brewer leave the program. The notion was nothing short of absurd; only as we all now know, it happened. To quote Rising that development was “unfortunate.”

Per my opening statement, Rising had just enjoyed a benefit that I believe will be greatly minimized come Saturday in RES. We know Charlie Brewer had a long storied career and was considered a massive get for the Utes. He started in what had been billed as a dead heat in competition, except Charlie has all this game experience Cam did not have.

Every team on Utah’s schedule knew Brewer was the quarterback. Rising had all of what 15 plays in the first few minutes of Utah’s opening game in 2020 on tape for any opponent to review, that is until late in the SDSU game. Washington State did not know until Tuesday of the week they played Utah that Cam Rising was the starter at QB. Still, in that game, Utah’s offense – while better for sure – was a mixed bag, mostly from gross mistakes by the offense.

Enter the game in Los Angeles, a road game no less into a venue Utah has never prevailed, the Coliseum and against one of the most storied football programs of all time. Then given the tragic circumstances for Utah after that WSU game, just like every Utah fan, most if not all of the Pac-12 coaches, sport writers too, like the Trojans themselves, no one knew what to expect from Rising’s Utes. What we witnessed when it was over is the greatest Utah football victory since Utah literally blew Oregon out of Autzen stadium a few years ago.

That kind of momentum is important to the team, gives them a short running start. The Utes needed that given the manner in which they started the season, Brewer’s abrupt departure, and then the excruciatingly painful and needless loss of #22 Aaron Lowe.

Cam Rising is no longer the hidden secret weapon. Teams know what he can do. The level of preparation for him and Utah’s improved offensive line, talented tight ends and receivers and either the elegant or freight train running backs, will triple down. Utah will need to be 22% better to overcome that lost advantage. The cat is out of the bag, so to speak.

I watched Arizona State against Stanford last week and against BYU. ASU has a lively and effective defense, intense, flying around and making plays. The team has had issues with discipline, but in each successive game they have committed fewer penalties. Jayden Daniels, once a highly sought after Utah recruit, is a good quarterback. His field of receivers are good, the offensive line is very good, and the combo when they are playing their best football is deadly.

Clearly a lot is riding on this game; I am really glad its a homecoming to Utah. The Utes attended Aaron’s service in Dallas, so its a short week of prep for them and emotional too. Yet the winner will be in the cat bird seat as far as the South division of the Pac-12 is concerned. I expect a competitive and exciting game. ASU will be prepared for the Cam Rising we saw at SC.

So, in anticipation, Go Utes!

ESPN’s Bill C has put in the data and this is basically a pick’em game: 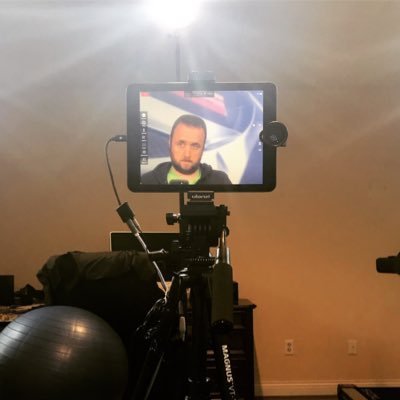 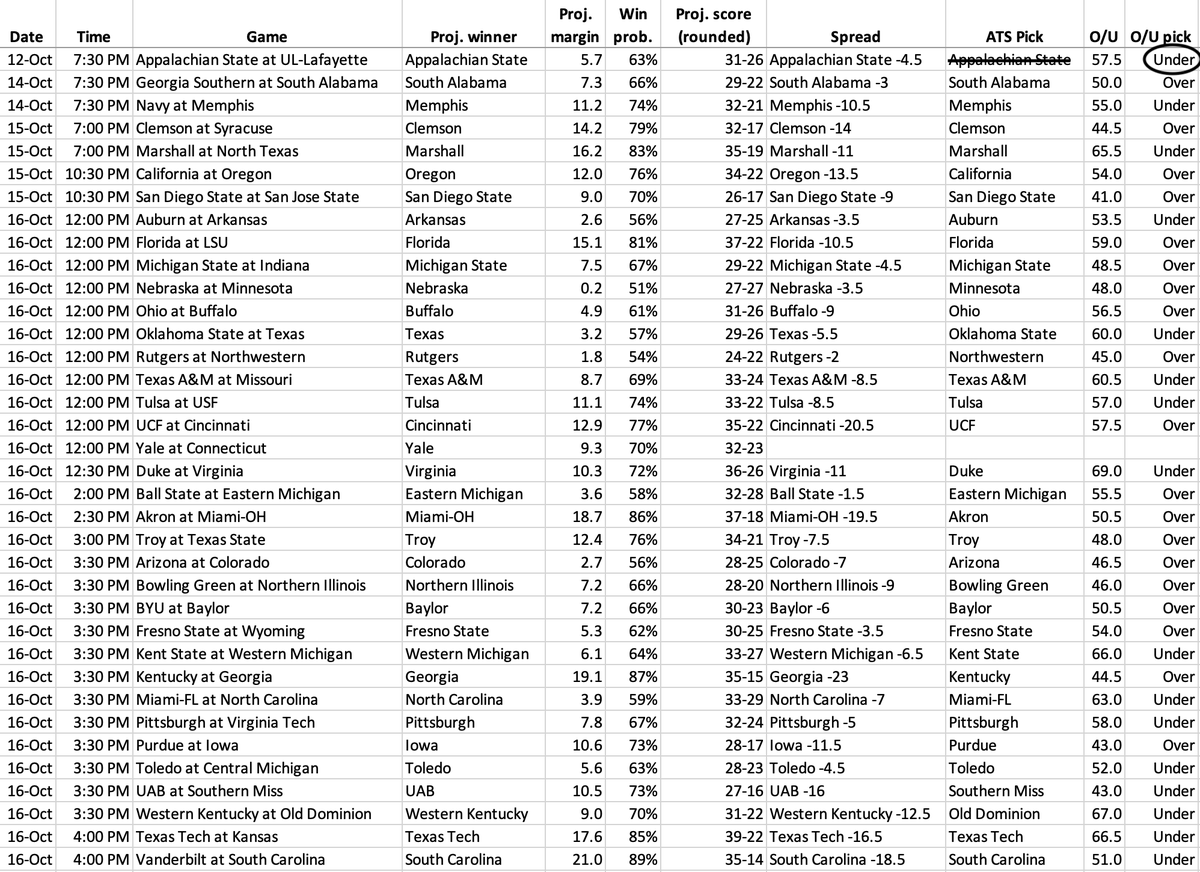 After last week you gotta think the confidence is there to beat ASU.

Mark Oberg Utefans.net The USC game was exactly what the Utes needed, at the right time.  USC played hard on defense, trying to be disruptive… until we popped the balloon with the flea flicker & the first TD in the 3rd.  Utah’s D made...