Barnes won the QB2 spot. Wonder if/how we’ll use Jackson. Seems like too good an athlete to keep off the field.

Also interesting that Isbell is the #2 at FS. Seems we had been hearing his name a lot throughout camp.

@Joshua_Newman
Utah depth chart is out. Bryson Barnes gets the nod at QB2. https://t.co/KwB9FpkxBS 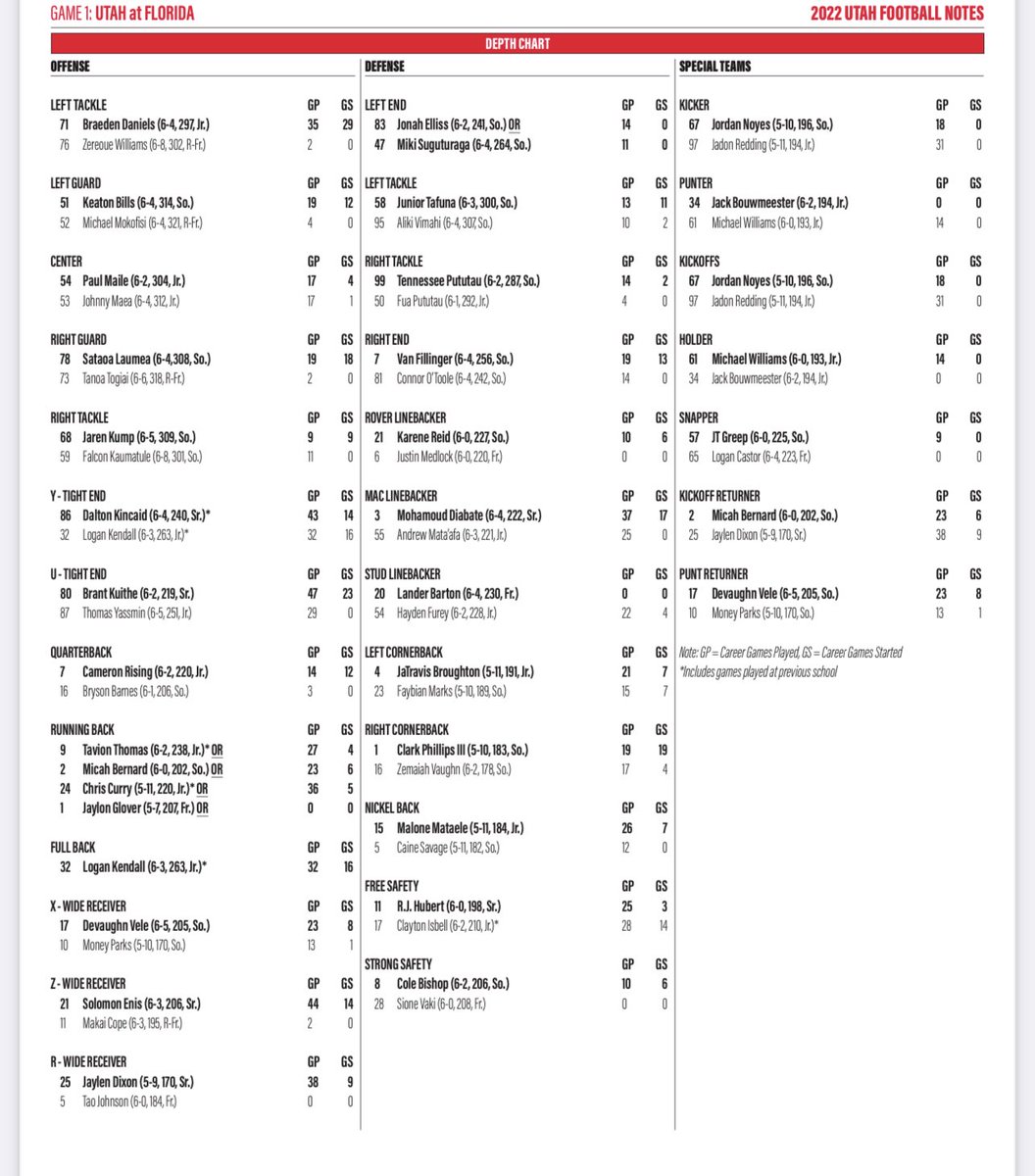 I was able to watch both scrimmages and while Jackson is big, I don’t think he is quick footed. Barnes showed good athleticism and quicker feet. I really thought they were pretty equal in the scrimmages, but Jackson had one terrible interception on the goal line.
I think Jackson would make a great TE and if he bought in would have a chance to earn some money down the road.

Gabe Reid is not on depth chart due to a lingering injury.

Is Kaufusi hurt too?

A few observations on this depth chart:

Looking through the roster & comparing to the depth chart, we have so much more talent than even 5 years ago. So, somebody like Caine Savage being the 2 at NB is actually pretty meaningful. I don’t see anyone on the 2 deep that hasn’t already gotten past some serious talent.

Sione Vaki signed a couple of years ago and this will be his true freshman year. He had picks in both scrimmages. I think he will be good, but the one portal guy we will miss is the safety who signed with Wisconsin.