but the timing of it sucks, we’re already a program in turmoil, this adds to it

Agree, the timing sucks and doesn’t reflect well on the team. That’s more on the coaching staff for bringing a senior transfer in and not having enough confidence in their current QB room to deliver.

but the timing of it sucks, we’re already a program in turmoil, this adds to it

I dunno. Solidifying around a QB who actually wants to be here, has shown promise, and who is a leader (he was elected Captain, after all) might be exactly what this team needs.

I would love to know what was said in the players only meeting last Sunday.

The truth is, nearly every good athlete thinks they can play at the next level. Nearly every high school starter does, nearly every college player thinks he has a shot at the NFL. It’s a good thing because you need confidence and drive to be an elite level athlete. But the side effect is you also have a bunch of Uncle Ricos who think that if the coach had just given them a shot everything would be different.

And… this is the ‘everybody is special’ generation too. Combine that with the transfer portal and none of this is a surprise.

Obviously more to the story, but now the question is who is the 2?

Jackson packs a punch and has some athleticism, no idea how well he throws.

Costelli is tall, prototypical in size, but ran a sub 10.8 100M in HS, which is really impressive for that size. (Lamar Jackson ran a 11.5 in HS, but probably wasn’t serious about track.) Also, from what I’ve seen Costelli’s arm looked good, but not as good as Rising. Not a fair comparison at this point, granted.

Really need the OL to gel and get things down. Daniels played in LA, was replaced by Bills. Bam moved to RT, Kump to LT. Hopefully Rising can help the OL be effective by his play.

When opposing defenses have a 80% hunch of what’s coming, they can dominate. Like when either a D knows the offense needs to throw, or when the offense is trying to bleed the clock by running.

I’m excited about this move. Rising seems like he has a ton more energy and enthusiasm. Brewer looked like he was asleep at the wheel most of the time. PAC12 league starts this week for the Utes. Time to shake things up is now!! Go Utes!

Hard for me to say, but I have to wonder how much the transfer portal plays into this.

An excellent point. Maybe part of the problem–too many players didn’t grow up here.

When Cam Rising entered the game last Saturday evening, I witnessed an almost immediate difference in the energy from the offense. Maybe SDSU changed their D schemes to preserve the lead they had. I don’t know. But Rising connected and receivers made plays. Utah scored…we all know what transpired. What surprised me the most was that by and large by then a tired OL did protect Rising. Rising seemed to move through his progressions more quickly, got the ball off faster, while on a few occasions he had some accuracy issues too. And Rising could run the ball when needed with a bit more skill. But whatever transpired, Cam Rising put Utah in a position to win that game in a manner that reminded me of Drew Lisk. My hope is that we actually do see something different going forward, that is much better, than we have witnessed so far over this short season.

We can beat up Charlie Brewer if we care to, but since we don’t know a bunch of stuff that insiders do, it may be best to reserve judgement for the time being. Given how Utah’s OL has performed for at least the last two weeks, if I were Brewer I’d be annoyed at the contract the OL has to protect the QB. If Brewer is a good pocket passer, we have to agree he never had much of a pocket to work with. I mean how many times did we see Brewer hand the ball to a RB only to have that RB immediately tackled in the backfield. Too many, embarrassingly too many. So he may have quit the team because he had zero faith in Utah’s OL, the OL coach and their assistants, and he decided he could not risk his head that has been concussed before to this team. We don’t know.

I would assume that if he leaves now (less than 4 games played) he preserves a year of eligibility and can try to play elsewhere. Similar to Tuttle leaving at the beginning of the season after a couple of games.

He probably thinks he can play in the NFL or CFL, and wants another year in college ball t burnish his credentials. If so, his departure makes sense, I guess. But as someone said, he should have known what he was getting into at Utah. Maybe he did, and took the gamble anyway.

I think we are all forgetting that when they recruited Brewer, nobody thought Rising would be healthy this year. Costelli was the only qb in the program. (I dont even remember if Brewer committed before or after Jackson, but I think it was Brewer, maybe several months before). The cupboard was exteremly bare, and the opportunity potentially golden for Brewer for one year. The qb competition developed where it wasnt anticipated last winter. Cant blame the coaching staff for not trusting its current cupboard at the time.

And add two great QB recruits for next season.

I have to wonder… Maybe the concussions played a role in this? Perhaps he was in a gametime situation, seeing defensive lineman coming at him pell-mell, and got a little gun shy? Maybe that’s why we haven’t seen him in the portal. Maybe he’s not certain he wants to play anymore. Hey, anything is possible.

We can beat up Charlie Brewer if we care to, but since we don’t know a bunch of stuff that insiders do, it may be best to reserve judgement for the time being.

Yeah, nothing against Brewer. He seems like a stand up guy, best of luck to him wherever he goes.

I sensed a leadership difference. Cam didn’t sulk when the decision was made, he clearly has a great rapport with his teammates.

Have any of you seen the shot he took at Baylor that gave him the concussion? Wow… maybe @leftyjace is right:

@TimShep_
With Charlie Brewer leaving Utah’s football program today it makes you wonder if #BYU broke him, but we all need to realize that this is what broke him….@CBrewerII https://t.co/2j5WOKoS5m
EUte September 21, 2021, 11:30pm #36

I sensed a leadership difference. Cam didn’t sulk when the decision was made, he clearly has a great rapport with his teammates. 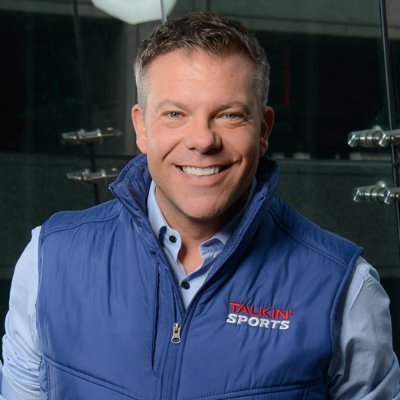 @AdamMikulich
The @Utah_Football team held a players only meeting on Sunday and they tell us it went well... here's the elder statesman @brit_covey2 on why @crising7 (who's a fellow captain) gave the offense a spark on Saturday... #GoUtes #Pac12 https://t.co/vI7OioTzK1
4 Likes
3UteDad September 22, 2021, 2:17am #38

I am on the Rising bandwagon!

I knew I had seen that face before… 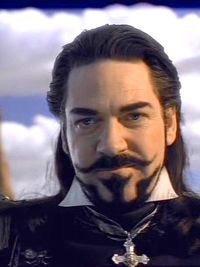 I think that young master Charles did that which was expected of him.

My Conspiracy Theory:
The coaches hit “reset” with Cam. I think he was always QB1 dating back to last year. Last year Ludwig just threw Cam into the fire, and he got hurt. Badly. The coaches wanted to avoid the same mistake again and give Cam a preseason to get up to game speed. Enter Charles.

Charles was promised an opportunity to take the reins of a PAC12 contender to showcase his talent. This is a chance he would not have had at Baylor, where he had been displaced by another younger, more athletic player. The coaches brought in Bentley last year but used him as insurance instead of ice breaker. That plan backfired when Cam was hurt. So, determined to not repeat history, they used Charles to sort of warm the seat for Cam. Now they’ve made the switch and Charles is now an unwanted appendage. Charles understood the risk and took the shot anyway. So I bid Charles farewell with the hope that he finds his perfect situation.

Now the coaches have the situation they want. Cam starting, Jackson is the backup. Costelli in development and Johnson coming in.

I wonder if our RB situation will be the same next week as it is now.

For our team, a QB has to be able to clean up bad O-line play by forcing a defense to have to consider him a running threat. By being that threat, the defense has to spy the QB and it shrinks the blitzing to avoid getting burned.

Brewer proved in the Weber State game he was not a running threat, and the next two teams had a field day with it. As soon as SDSU knew Rising would lower a shoulder and run, they had to change their scheme.

For the record, Brewer is a talent. The guy, if given the time, can throw guys open. We just don’t have the line or system to make him shine.

Yes, Utah needs better O-line coaching. Nick Ford is probably the best multi-tool lineman any of us will ever see play, but he is not a center. He is a guard who can play center in a pinch. The fact the blitzes were coming straight over his blocking zone, and coming in untouched, means he can’t read a defense. Centers have to be able to read defenses and call out the blocking schemes so the QB stays upright and the RB’s can find holes easier. Maybe he can be coached up to fix the issue, assuming the coaches have figured out how to teach him the tells - and all defenses have tells.