This story is behind a pay wall. Here is an excerpt,

Apple Inc. has been exploring opportunities to strengthen its upstart TV service, including deals for James Bond franchise-owner MGM Holdings Inc. and college sports rights, according to people familiar with the matter.

Executives at Apple met with representatives of MGM and the Pac-12 Conference this year as the tech giant considers ways to broaden the appeal of its Apple TV app and TV+, a $4.99 monthly service that launched last month with nine original programs. The streaming service anchors an updated TV app that offers subscriptions to Disney+ and HBO, with Apple getting a cut of sales.

Though the conversations with MGM and the Pac-12 were preliminary and have yet to reach an advanced stage, the talks show Apple’s openness to striking a multibillion-dollar content agreement in support of its TV service—even as it forges ahead with a preferred strategy of developing its own shows, these people said. A deal with the Pac-12 would be Apple’s first foray into live sports. 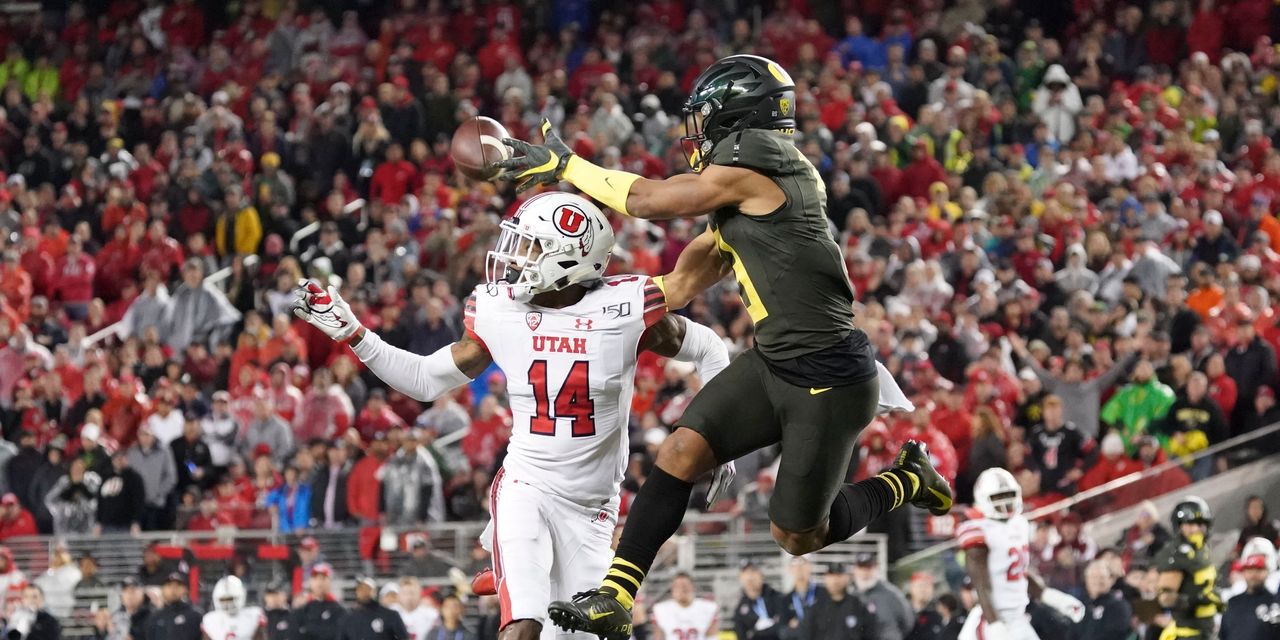 Apple has been exploring opportunities to strengthen its upstart TV service, including deals for James Bond franchise-owner MGM and college sports rights.

I always thought a streaming portal made more sense than the other platforms (cable, satellite). The conference could better control content and make more money streaming.

My only hope is we can somehow end playing on the “PAC 12 Sunday Ticket” in November. 8:00 pm kickoffs after Thanksgiving in Salt Lake or Boulder just plain suck.

Jon Wilner on this:

Slice of the Apple(?)

The Wall Street Journal reported Thursday that Apple has engaged in what were described as preliminary discussions with the Pac-12 about a potential strategic partnership on media rights.

First of all, the conference has discussed the future of its media rights (and a possible equity investment) with a slew of companies in the past year, and no deal has been reached.

Anyone can talk to anyone.

Third, the rights to the Pac-12’s most valuable inventory – the 40-something football games currently owned by Fox and ESPN – are locked up through the 2023 season.

And finally: It wouldn’t be smart to bind those football games to Apple TV exclusively and keep them off linear TV or the major cable outlets.

The last thing the conference needs is for its most valuable product to be gated off from the rest of the Power Five.

While the SEC, ACC, Big Ten and Big 12 dominate the airwaves that drive college football viewership and narrative – and recruiting – the Pac-12 would be invisible.

That said, if the conference could arrange for a sub-licensing deal, by which Apple owned the content and farmed it out to ESPN or Fox, then an arrangement might be worth exploring.

But that would require multiple tango partners.

The Hotline’s advice to the schools (which will be repeated in coming years, I’m sure):

Don’t repeat the mistake of a decade ago: The next round of media rights negotiations cannot be a pure money grab.

Visibility, exposure, reach – call it what you want – is vital for a thriving product.

If the recruits and the fans can’t watch you play, why bother? – Jon Wilner.