A couple of quick points as the offseason gets rolling…

This is the link to the transfer portal (not the official portal, but it is up to date). Already a lot of activity.

Also, it looks like we get our first piece of good news in that Marco anthony will be returning!

Thanks for doing this Ben - I know you are pretty well dialed in with the program and I’d love to get updates on what is going on. Going to be an interesting next few weeks that is really going to tell us what is going to happen with the Utes in the 2022-23 season.

I’m very worried about our programs immediate future. But I think we got a dude who fits our Exacte needs at the guard/wing.

Utah’s fortunes can turn in one offseason. This is not the NBA, this doesn’t have to be a years-long rebuild. One offseason, that’s all it might take if Smith can leverage the portal well, using those potential open scholarships to fill needs, whether it be more size and physicality, more point guard help, or, as I see the most-important need, more scoring.

Maybe the Utes don’t fill all their needs in one offseason, but filling at least some of them can go a long way to digging the program out of the Pac-12 basement and into at least the middle of the pack, which would be a tangible step forward in 2022-23.

To be clear, those aforementioned needs are legitimate, if not glaring, especially the scoring part. This is where I’ll bring up an excellent point Bill Riley made Friday morning on ESPN700.

The four Pac-12 Tournament semifinalists — Arizona, UCLA, USC, and Colorado — all have go-to scoring options. Frankly, all four of them have multiple go-to scoring options, especially the Wildcats and Bruins, who were undoubtedly the two best teams in the league this season, complete with cores built for second-week runs in the NCAA Tournament.

It’s tough to argue that Utah had a guy like that this season. There were flashes and moments of potential from a handful of Utes, but in a tight, late-game situation, that “dude” was lacking for Smith.

The good news is, that can change this offseason if this coaching staff can get something done in the transfer portal. That might be easier said than done as most every school in the country jockeys for immediately-eligible portal help, but if they hit it right, next season can look a lot different than this one.

This last year was better than LK’s first year, but tough to deal with.

Smith can coach. If we can get to the upper half next season I’ll be really impressed.

For this to work, Harlan needs to line up NIL money STAT.

I used to be more annoyed with him but I actually think he navigated the athletic department through the last two years as well as we could hope. A lot of fan issues, like parking, have improved IMO. I see 2020 though 2021 as an outlier, so we’ll see what happens going forward

It seems most are expecting the Utes to find a chunk of next year’s team in the portal, but IMO this is the year to recruit the JUCO’s hard. There’s always a lot of talent playing JUCO ball and these kids are often recruited last because they only have 2 years left. If it takes a year to adjust, the coaches only get 1 really solid year from the kid.

HOWEVER, last year didn’t count towards the eligibility clock so most of these kids have 2 years of JUCO experience AND 3 years of eligibility remaining.

I fully expect the Utes to bring in a JUCO or two. It’s the year to do it. 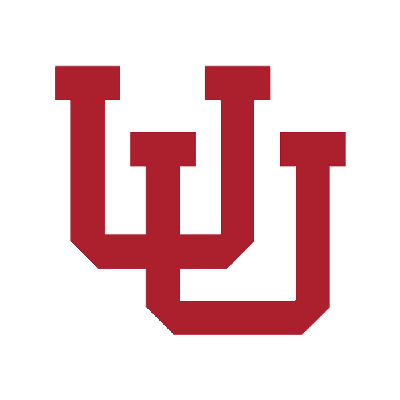 We may be looking for a new assistant coach here pretty quickly.

I have more optimism than most about next year. For those that are on the fence about Smith take a couple things into consideration:

So, Its likely that our starting 5 all return. which includes the laser who was on the all freshman team. I think Holt and Brenchley will be back. We bring in Exacte. If Smith can find a good back up big (I think the hat will probably transfer), a shooter (plummer or van dyke) and a Justin Bibbins/Jared Dubois guy this team will be in the tournament.

I’d give him a solid A so far.

…ot covid, had appendicitis, sprained his left ankleInjury bug was worse than any other year than I can remember. Besides Carlsen you have Holt who blows out his knee in the first game. The back up center breaks his kneecap. The second best player (Anthony) misses a month. I’m sure there were other injuriesTaking this into consideration the team was in games and even won a couple they werent supposed to (@ Stanford) the florida tournamentSo, Its likely that our starting 5 all return. which includes the laser who was on the all freshman team. I think Holt and Brenchley will be back. We bring in Exacte. If Smith can find a good back up big (I think the hat will probably transfer), a shooter (plummer or van dyke) and a Justin Bibbins/Jared Dubois guy this team will be in the tournament.

This one felt inevitable. Riley gave us his all for 4 years. I hope he can land somewhere where he can have a bigger role and have a great final season of college ball.

The Ags were in control early, they’re obviously fundamentally sound and good shooters, had a solid game plan, but Oregon was visibly superior athletically and pulled away after being down at the half, won by 11. Utah State could not stop the guard penetration, the Ducks got to the rack over & over again.

Don’t know what Smith’s recruiting philosophy is yet, but especially in hoops, there’s just no substitute for length and athleticism. Last night was a mismatch.

It’s going to take success & $$ to start to nip at the heels of Oregon & CU in talent, even though I saw some of the same player disinterest that old school coach Dana Altman seems to engender.

After the Utes late push for an NCAA bid, losing some coaching talent was inevitable.

Ask the kids text these days…

This ‘tain’t zone is going to be a long one this year.