I wanted to start a thread about Utah’s quarter backs.

“There was no time to be nervous, I had a job to do, and I didn’t want to let my teammates, especially the seniors, down. I had put in the work and didn’t have time to even think about the stage or the stakes.”

I worked in Milford for four summers in the mid- to late-1970s for the department doing geophysical surveys. Therefore, I have very special place in my heart for Byrson Barnes, a Milford kid.

Here is a write up I did the other day for some non-UF.N friends…

As we know Utah has the services of the sensational Cam Rising at QB for another year, and if he elects, he even has another year of eligibility. I expect him to test the NFL draft after this season and to move on. Utah also has another QB in Ja’Quinden Jackson, a 4-star kid who originally committed to Texas. He has completed one season with Utah and because he was not ready to compete in Utah’s NFL-like offensive scheme, he was used quite sparingly. And he also fumbled the ball on too many of this early touches. Yet he came to Utah because he was a friend of the late Ty Jordan. The word in the trenches is that Jackson wasted little time working on all aspects of his game. I’ve read Whittingham say, that hard work has paid off and Jackson is much improved, even impressive. I half expected him to transfer, and the fact that he did not, tells me even more about Utah football and the program the coaches have built. Then there is the pig-farmer from Milford, Utah. The same guy who came into the Rose Bowl when Rising went down, Bryson Barnes. I was jumping up and down over how Barnes performed, truly an inspiring show late in the game. Peter Costelli, the 2021 four-star recruit from California, elected to leave the program even before the season ended. I think he knew Utah was in tall cotton in QBs and he wanted to play earlier than he likely would have at Utah. Best of luck to him.

There was a backdrop for Peter: Utah signed two more highly recruited HS QBs in the 2022 class. Brandon Rose is on campus already and practicing with the team, a high 3-star kid out of California. And Nate Johnson, a 4-star kid out of California who joins in the fall. Folks are giddy over Johnson thinking he has a very high ceiling. With the three at Utah now and these two recruits, Utah’s QB room would appear to be deep already.

But Offensive Coordinator Andy Ludwig is not done yet. As the links will show, Mack Howard just committed for the 2023 class, a four-star QB from Mississippi. Assuming he converts his commitment to a signed LoI, the Utes will be stacked here. But wait, there is more. Utah is recruiting hard yet another 2023 QB in Gabarri Johnson, a 4-star QB out of Washington. 247Sports analysts project the likelihood of a kid signing with Utah and have Gabarri to Utah with a very high level of confidence. Oh, and that is a lot of Johnsons. This is not yet over, Utah also has offers out to at least six other highly rated QBs throughout the country. Some of those guys have a cool or low interest in Utah and if they did come to Utah, typically because the QB is the best player on their HS team they could be recruited for another position. But also, Utah knows their top picks and once that kid has committed and if the coaches think he is a lock, may cool themselves on any other options. That is the way it works these days.

What does all of this mean? We all know Utah has an overachieving defense, year in and year out. And defense can win games, but the game has been changing to more sophisticated offenses. A potent offense is now critical for top college football teams. Utah or should I say Kyle Whittingham cycled through a series of offensive coordinators in the last decade looking for the magic bullet. In the meantime, he had to also learn to loosen his grip on the offense, stop making it second fiddle to the D. Last season proved what a potent offense can do and personally I don’t think there is any looking back. To wit, I just purchased a new set of sunglasses with nearly jet black lenses a welder would love. The future of Utah football is that bright. 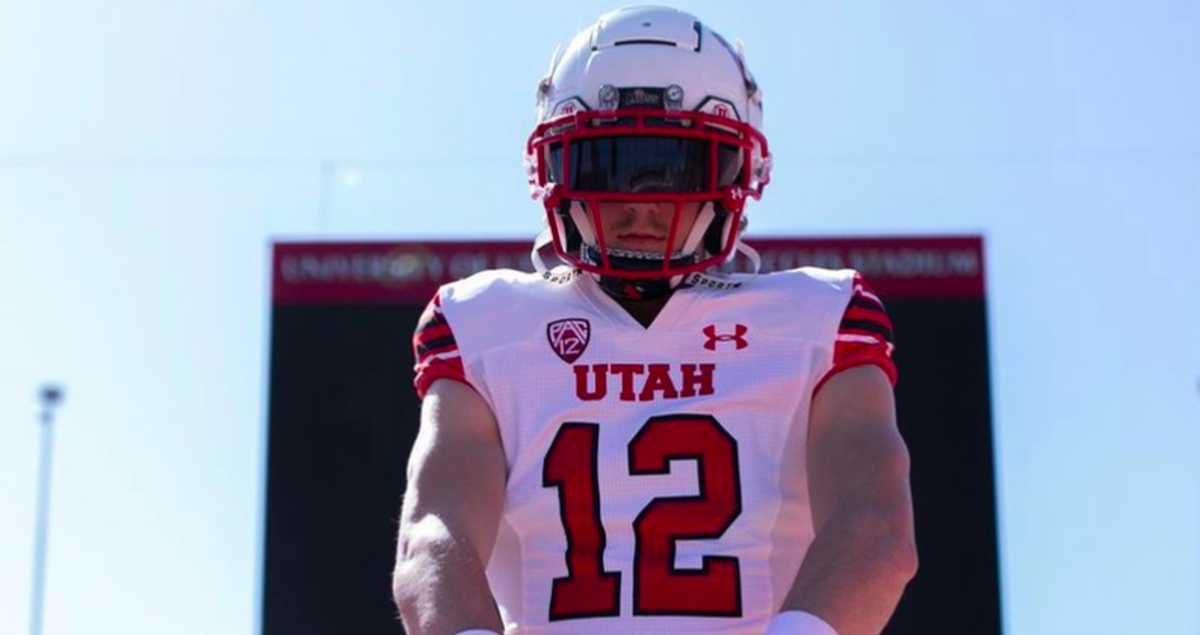 Amidst several other notable offers, 2023 four-star quarterback Mack Howard felt right at home during his visit to Utah and is excited to join such a talented quarterback room next spring.

What It Says: Mack Howard's commitment to the Utes

With Mack Howard's commitment to the program on Saturday, the Utes added a significant piece to their 2023 class. Not only is he a fantastic talent, which

On Saturday, the University of Utah secured a significantly talented passer in their class as Oxford (MS) quarterback Mack Howard committed to the

The Utes land one of the nation's highest-ranked passers.

“Everything about it,” Howard told 247Sports. "I fell in love with the atmosphere. The coaches have been on me since day one and have been nothing but great along the way. I got there with intentions of going home and reevaluating everything but I got that feeling that I’d never had before . I watched tape of the offense and it fits me better than any school. I met with Coach Whittingham and let him know I was ready and it was unbelievable.

There was a backdrop for Peter: Utah signed two more highly recruited HS QBs in the 2022 class.

Nice write up. Now if we can get some WRs to compliment the TEs, QBs, and RBs. Hopefully the O-line is a strength to allow the skill players to do their jobs.

To wit, I just purchased a new set of sunglasses with nearly jet black lenses a welder would love. The future of Utah football is that bright.

Ok, someone find me a brick wall, because I’m ready to run through it.