I’m reading a book called “Stillness is the Key” which mentions that Napoleon used to wait two weeks before having his mail opened and read to him. He found that delaying opening his mail resulted in 90% of the issues that people wrote to him about had resolved themselves or someone else had stepped in to fix the problem during those few weeks. This reduced his stress and increased his productivity.

Well-done video about a very happy time for many people. "Return with Honor" is the story of American fighter pilots held as prisoners of war in North Vietnam. More than 20 veterans describe their captivity and their struggle to survive mentally and physically, and return with honor. Their moving accounts...

A French defense contractor riding in a Dassault fighter learned the hard way that the grab bar next to his seat was actually the ejection handle.

Gotta feel bad for the retiree. I would love to have a ride like that, but alas it ain’t happening for me anytime soon.

At least the retiree does have a good story to tell, even it was an unpleasant experience for him. Hopefully all parties involved are ok.

Today is Shakespeare Day! How will you celebrate?

I’ve never met you, though you’ve walked past me many times on a stretch of beach called Pine Knoll Shores. I didn’t want to bother you, but wish I had known about your gift to Steve Mitchell. His departure from this earth has offered the story of a life well-lived. Steve was the man who sat behind you in Duke University’s Cameron Indoor Stadium for the last 37 years and I know you miss him this season.

He did a lot in his sixty plus years. He was born with Down syndrome and his family shrugged off the doctors and took him right home. He was integrated in an era that made his parents ground breakers; school or church, Steve was there. I am a special needs mama too and with parenthood comes advocacy, their forging a path has benefited so many. You called Steve “a good friend who had some challenges.” What a gift of inclusive language.

The story goes that in 1980 the only thing Steve Mitchell wanted for Christmas was a Duke basketball ticket, not an easy score, but Steve’s brother had a construction company and was hired to renovate the new coach’s, Mike “Coach K” Krzyzewski, house. He asked you how one might find a ticket to buy and explained his brother’s Christmas wish.

“He can sit behind me,” you said. Did you know how life changing that gift would be?

The following season, Steve wrote you a letter saying, “Coach, I know we’re going to have another great year. I was hoping that I could sit near you again.” You said yes to a family that may have heard no far more often. He wrote you a letter every year for 37 years and this is the first season that a ticket, reserved for one Steve Mitchell, isn’t waiting at will call. Steve would collect his ticket and make his way to his seat behind you (usually with the help of his favorite usher, Fran), a tradition that was life changing for his self-confidence, according to his family. You shook his hand before every game.

Mamas of special needs kids know that kindness extends far beyond team affiliation and we know that our team is the best of all. Welcome to the club. And to Steve? Godspeed, my friend and thank you. 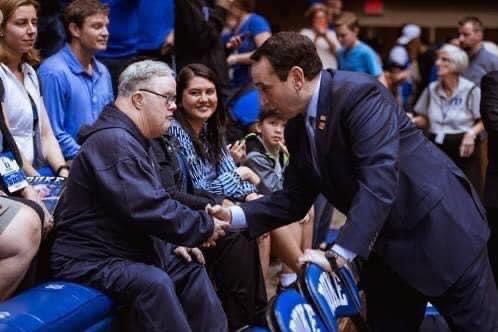 This reminds me of the Beavis and Butthead where Beavis dies and is getting the 3rd degree from St. Peter:

St. Peter - “When you were 14 years old, you touched yourself inappropriately”

Beavis - “This is starting to suck - do I get into heaven or not?” 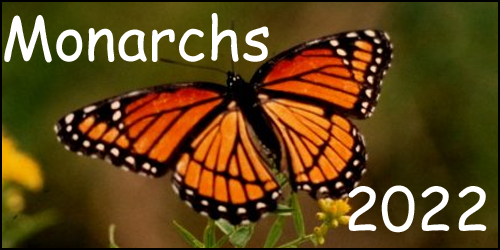 “This last March I reported that …the usual annual census of overwintering Monarchs in Mexico had either nor been completed or had not been reported. Finally, the annual report has been…

I love Monarch butterflies. Some of the most beautiful creatures on earth.

This one always cheers me up. Including today. 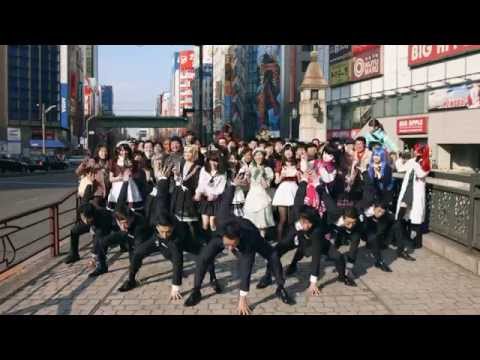 The Japanese school girl schtick always makes me shake my head and giggle.

As the great Lenny Dykstra said “everyone is somebody else’s weirdo”, and that must apply to cultures, too.

This one always cheers me up. Including today.

OK Go! usually cheers me up too. Often the treadmill one.

Try this one “The One Moment”: 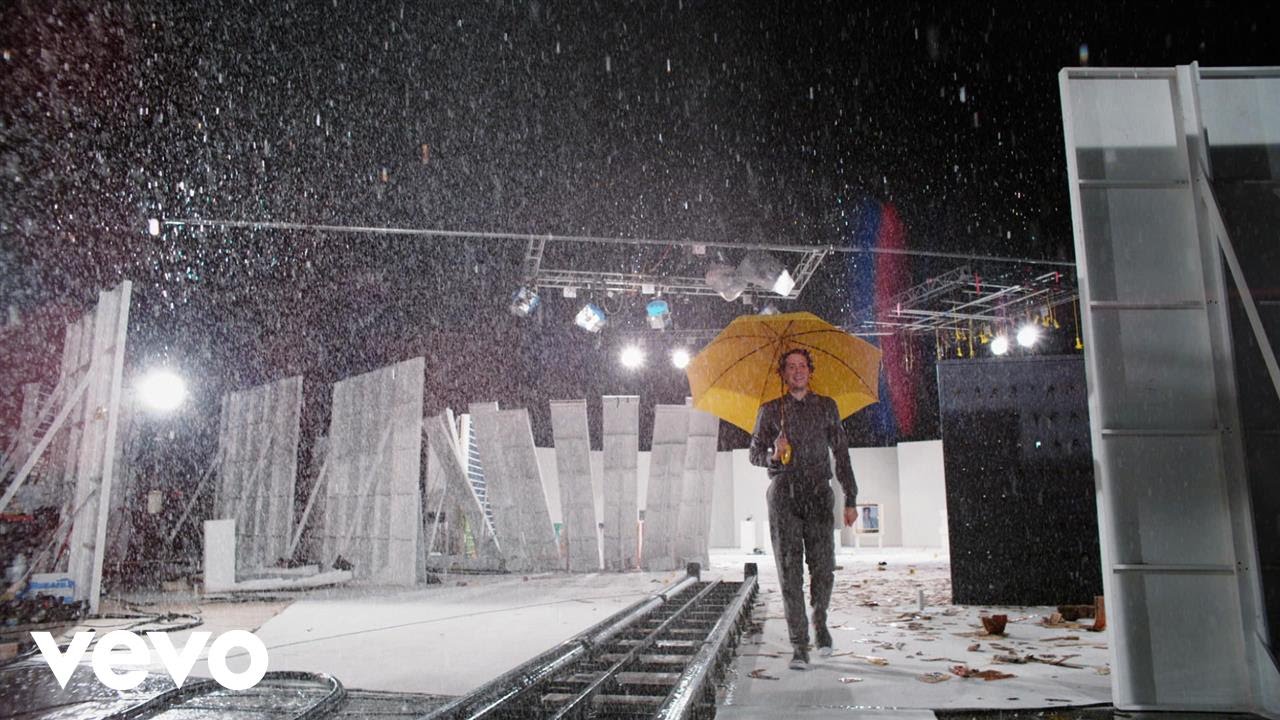 CINCINNATI—Suddenly expressing a curiosity about the recreational stimulant he had enjoyed as a young adult, local man Terry Coburn, 58, reportedly asked his daughter this week if they still made cocaine. “Oh man, there used to be this stuff that was...

Encouraging news (and for me, very informative): The Race to Produce Green Steel

In order to reduce its carbon footprint, the steel industry is testing new technologies that don't rely on fossil fuels.

NEW YORK—Noting the abrupt and dramatic shift in the man’s attitude toward work, Lindwasser Insurance Group president Brad Lindwasser told reporters Monday that one of his employees who regularly complained about not having enough days off was...

I used to swim in the ocean, but not anymore.

It must be difficult to feel lucky after being attacked by a shark. But after surviving the harrowing encounter off Lovers Point Beach in California’s Monterey Bay last month, Steve Bruemmer seems to be experiencing nothing so much as a sense of gratitude.

In a video credited to the Natividad Medical Center in Salinas, Josh Copitch of the Action News team at KSBW-TV has published Mr. Bruemmer’s account of the attack and its aftermath.

Mr. Bruemmer describes swimming roughly 150 yards from shore when he was suddenly bitten “ferociously by a shark right across my thighs and my abdomen and it grabbed me and pulled me up” and then “down in the water” and then “it spit me out.”

He theorizes this was because the shark prefers to dine on seals rather than people. But the shark didn’t go away. Mr. Bruemmer continues:

… it was looking at me… and I thought it could bite me again so I pushed it with my hand and I kicked at it with my foot and it left. I got myself back to the surface and started yelling for help and that’s when all my luck changed… I started yelling and … two people… on paddle boards… veered over to me, one a nurse and one a policeman who had his cell phone with him and called 911 immediately.

Another Good Samaritan brought a surfboard from the beach to rescue Mr. Bruemmer. He continues the story:

The three of them in the bloody water got me up onto the surfboard and pulled me into the beach. Heroes—how do you get in bloody water with maybe a shark circling beneath you to save a stranger? They’re… amazing. I got to the beach and there were two ICU nurses and a doctor at the beach who took their own t-shirts and made tourniquets. I had tourniquets on my legs and arms within five minutes to stop the bleeding. Otherwise I bleed to death… They carried me to the ambulance. In 40 minutes after the 911 call, I had gotten the 28 miles to the Natividad trauma center… They saved my life in a two-hour operation that used 28 units of blood. Thank you, blood donors. Without you, I don’t make it. They saved me. Two days later they repaired my thighs so that one day I’ll be able to walk again.

In the video Mr. Bruemmer continues thanking everyone involved in his rescue and recovery, from the people on the beach to the hospital cleaning crew. And why shouldn’t he? With one rather glaring exception, it turned out to be his lucky day.

There’s an old saying that you make your own luck. Thank goodness that after the attack Mr. Bruemmer encountered people willing and able to make it for him. KSBW’s Felix Cortez reported last month:

The good Samaritans were identified as Heath Braddock, a surfer from Moss Landing, Aimee Johns, a nurse from Folsom and her husband Paul Bandy, a Sacramento police officer. All were in the water that day and Bandy said he did what he’s trained to do.

“As a police officer I respond to emergencies all the time so I don’t think there was ever a question of whether or not we were gonna go,” Bandy said the day of the rescue. “It’s just how fast we were going to be able to get there.” 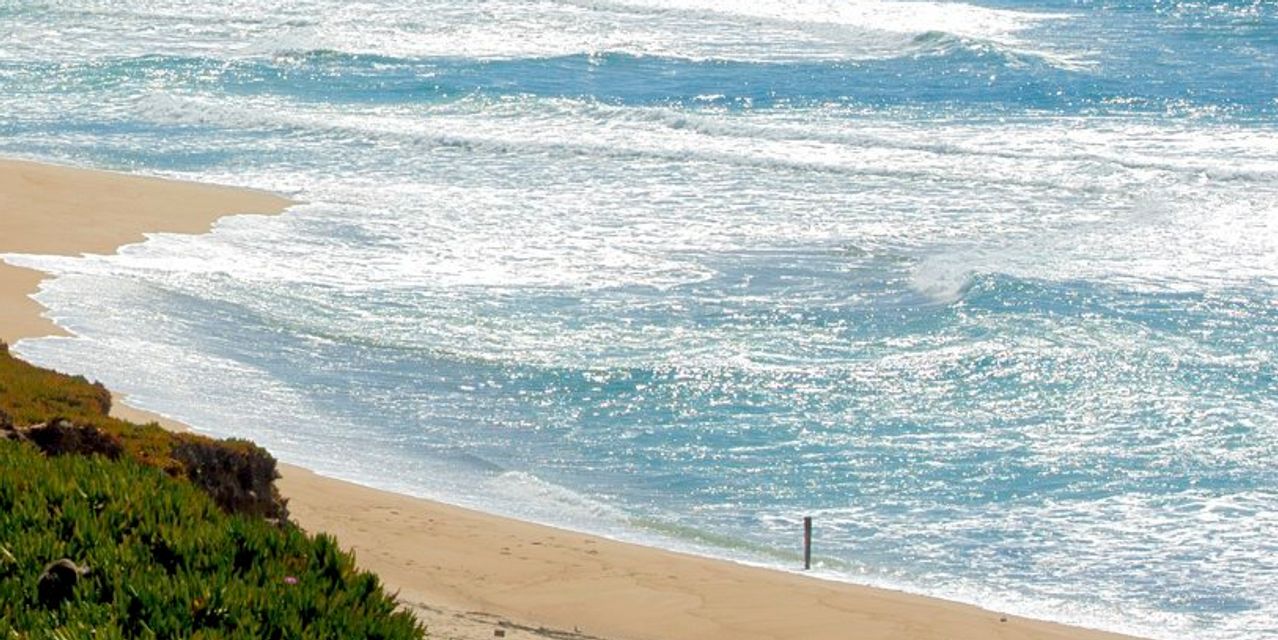 Opinion | Of Sharks and Samaritans