Some more puppy generated happiness. He gets to come home with us in a week. He’s 7 weeks old tomorrow.

I’d love to show videos, he’s a busy little puppy. A little unsteady on his feet still, but he’s so outgoing. We’ve had fun watching him grow up since we first met him at 4 days old. We’re very much looking forward to having adventures with Paolo. Yes, we chose that name due to an Italian cyclist, Paolo Bettini.

His name is Paolo. He is a longhaired dachshund. He’s doing rather well. The cats, fortunately, like him. They don’t play with him yet, but do put up with his attacking a tail.

We currently have a foster puppy who is 4 weeks older than Paolo. She’s Maltese/Jack Russell mix. It’s amazing what a 4 week difference is in coordination and other developmental ways with puppies. Our other dog is wired hair doxie. He enjoys them all. He plays with the 2 puppies when he wants, or steals their toys. He can also chill elsewhere without worry of being attacked. The pups entertain themselves quite a bit.

The biggest challenge, and no surprise here, is house training. The foster is ok, but she doesn’t let us know when she wants out so, we have stuff to clean up. Paolo is very much 8 week old puppy with control, not much.

Paolo’s dispostion, we couldn’t ask for better. He’s very independent, yet wants to sit in your lap when he’s tired. He’s already chosen me as his person. So, he follows me around. He’ll be a shop dog, I just won’t let him out in the garage when I’m working with the torch or cutting tubes.

Sorry for the dissertation on our puppy. He’s a joy to have. I’ll post more pics soon.

Your puppy is cute.

Even though I don’t have a shop, I want a shop dog.

Had an English Bulldog that would’ve made a great shop dog. Chill, and loved all living creatures. I’ve had a couple of Staffys that would’ve been good shop dogs too.

I should get another English or Staffy. sigh…

He’s been a joy. We hope that he stays sweet, and outgoing. He’s gotta go to bike races, so being shy isn’t a good thing. He seems good with chaos, he was born on a working farm. Loud noises don’t seem to bother him, thankfully.

I’ve only known a couple English bulldogs, but never a Staffy. I understand the Staffy is a mellow breed. The 2 English I knew were very loyal, protective, but well behaved towards strangers.

Never tried this before. Hope it works.

So about that
time Steve went off to college… #BluesClues25
pic.twitter.com/O8NOM2eRjy

I wish there was more of this. What a wonderful idea.

I would have adopted her.

This story is both touching and Ute pride-inducing:

Everyone,
For those of you who live in SLC you may have heard about those two boys who were in the auto pedestrian accident in Taylorsville. It was a horrible accident, and my son was one of the boys who was hit. Luckily he is alive and should make a full recovery, but he has not enjoyed being at Primary Childrens. But today, Gianna, who works with the Ute Football team, came by with some apparel and a ball signed by the team!! It totally brightened his day, and brought his mom and I to tears…

We told Gianna thank you a dozen times, but for any of you who may know any of the players please say thanks again!

Spencer is the self-proclaimed biggest Ute fan around!

It’s one thing to get notes, prayers, and visits from friends and family…but knowing that these men who Spencer admires so much are also thinking of him is touching beyond words! #UteProud

UteNation has 11,013 members. Ute Nation is the largest social media source for University of Utah Sports, talk, news, events. We do not allow fake accounts, spam accounts, or trolls. If you do not...

I loved my third-grade teacher but she couldn’t do this: 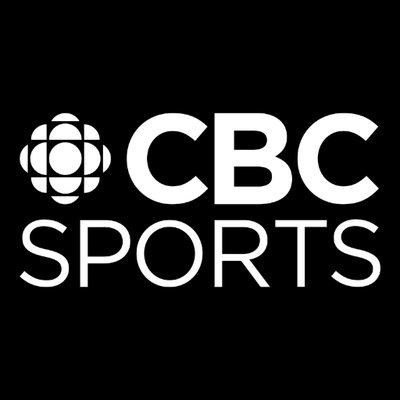 Turns out that the teacher played collegiate hoops at Rutgers.

I love seeing the unbridled exuberance and joy of the kids.

Being a 50 something man … this made me laugh.

I’m on a Skype call preparing for an upcoming audit. There is a very serious conversation going on. In the IM chat thread, suddenly one of the female compliance officers types in- 1Badgirl!. Then a minute later, types “Sorry, not sure what happened”.

This sort of thing happens all too often these days. I’m sure she’s mortified after realizing what happened.

I once (in about 2003) typed emphatically Can you make this happen? in an email to the CIO of the organization for which I worked, with most of the IT department copied. The problem was that I mistyped the word this somehow, and the spell checker in the editor I was using changed it to sh!t. I hit send without re-reading the note, and only realized the mistake when others started sending me individual notes congratulating me on having the nerve to call out my boss in front of everyone.

I seriously worried that I’d be fired over it, but the CIO simply replied, Yes!, and did what I asked without saying another word.

About a year later, when I saw him in person for the first time since, he smiled at me and commented that I appeared to be more thoroughly reviewing email since then, to avoid such mistakes, and assured me that he knew me well enough to know that it was somehow unintentional. I offered to buy him a drink, explained how it had happened, and we both had a good laugh over it.

In the years since, I’ve seen SIGNIFICANTLY bigger mistakes than that, but never made one again myself.

In high school, I worked at Blockbuster video. In order to override certain things at the cashier, the manager, who was probably 19 or 20, had to enter his password. He would always come from the back office and once he knew me a little better, he would rather just give me his password over the phone. The first time, he told me he would tell me so he didn’t have to drag his lazy butt up but that I could never tell anyone (seemed to make sense). Then he gave me the password which was super vulgar and I’m sure would have gotten him into big trouble with any HR. I was still somewhat naive, so I asked him how to spell it. I think that first time, he just paused and said, “I’ll be there in a second.”