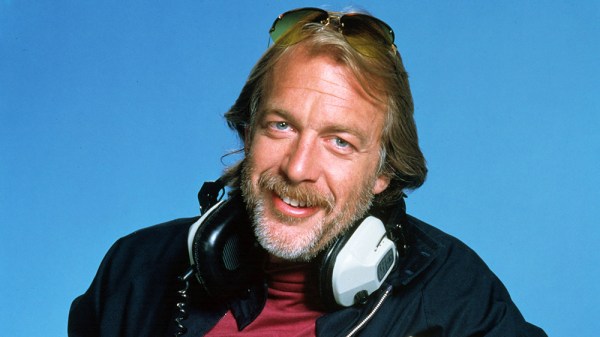 Howard Hesseman, a prolific character actor who became a beloved TV mainstay through his roles on sitcoms “WKRP in Cincinnati” and “Head of the Class,” died Saturday at Ceda…

He was great in Head of the Class and as Dr. Johnny Fever in WKRP.

He was fun. I did see an error in one obit, he did not play a rock star in Spinal Tap. He played the star’s manager. (“We’re playing the Enormodome.”). He also showed up in one of my favorite bad movies of all time, “Billy Jack,” as what appeared to me to be a 30 year old high school delinquent.

He also showed up in o e of my favorite bad movies of all time, “Billy Jack,” as what appeared to me to be a 30 year old high school delinquent.

I think he was one of the counselors in that movie. One of the great bad movies of all time.

Maybe that was it. I just remembered none of that group being credible. That whole series of films, ummmmm, barely B movies.

That whole series of films, ummmmm, barely B movies.

Only saw Billy Jack. I figured the others would be just terrible, not good terrible.

I did see the prequel though. Born Losers. It was just terrible, not good terrible.

I vaguely recall Johnny Fever doing a GREAT joke which quoted the old “we don’t need no stinking badges” line from Treasure of Sierra Madre, but cannot find it anywhere - anyone recall the joke? WKRP was one of the best TV shows of all time.

one of my favorite Jonny Fever moments 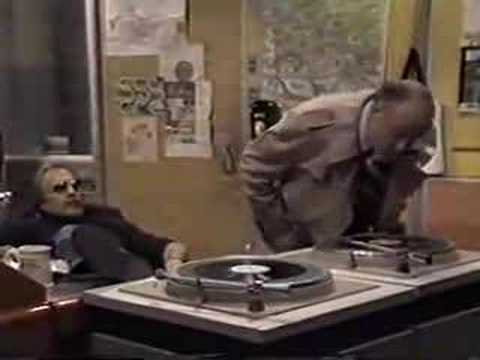 I loved it when he took on the TV disco dance show and became “Rip Tide” and wore that ridiculous outfit and big hat. And when he took off the hat, there was a ring around his hair where it looked like they had sprayed a darker color on it, around the hat while he was wearing it. Very funny.

WKRP was really a brilliant show with a great combination of humor and talking about serious issues.
May have lasted a few more seasons if CBS didn’t constantly move it around the schedule.

In one of the last episodes (may have been the very last episode) Mama Carlson was going to convert the station to an all-news format as she wanted it to lose money (for tax purposes) and Johnny figured it out. Told her it was dishonest of her to trick her son into being in charge and not know he was supposed to fail so she decided to leave the format alone.

Then they had the time there was a garbage strike, Johnny sarcastically said people should take their garbage and dump it on the mayor’s front lawn. A lot of people did and Andy, Johnny, and others are in the booth and are in damage control mode when Les Nesmann (not knowing why the people did that) comes in and does his newscast and goes into a diatribe blasting whoever is responsible (and the others are at this point horrified).

As God is my witness, I had no idea turkey’s couldn’t fly