The Utah football team started off the 1995 season in a similar position to this year’s team and ended up with four close losses and two miracle victories.

I didn’t realize the Utes had a big comeback against Fresno. Here’s a decent highlight video. Harold Lusk put some nasty hits. I still can’t remember a freshman RB who’s had such a big impact as Fu. 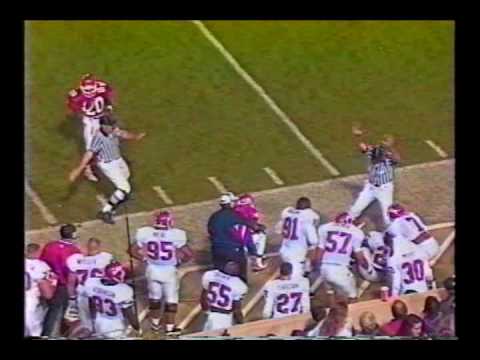 The comeback against Fresno State was a bit before the Air Force game.

With a few minutes left in the AFA game, fans were streaming out and I said to those around me (we all stayed for both games) that those fans didn’t learn their lesson in the Fresno State game. The rest of the AFA game of course was simply magical for those of us who stuck around.

That Ute team didn’t get a chance to go bowling (this was before every 6-6 team got a bid) which was too bad as we played well in November and soundly beat BYU in Provo.