I’m betting more on BYU being bad, or at least overrated.

With the era of immediate transfer playing time I think this is going to be normal in September. Teams trying to gel and figure it all out. Georgia is very good but I think a brand new QB in a new system will cause early year issues.

I’m betting on Georgia being way beyond good. Like beyond scary good.

Oregon was just a team caught in front of a steamroller week 1.

East Provo is good, but not as good as some think. Also, Baylor had a WTF loss in Provo…and aren’t the Baylor they were last season.

Is Baylor really that good? I mean we have to ask the same about Florida. Granted BYU’s early schedule is better than ours, aside from Florida. But we at least have something to play for even with our one loss.

Byu never, ever should have been ranked. What a joke.

I watched part of the second half of the BYU/Baylor game (fell asleep through some of it) and neither team seemed that good. It was hard to judge because sometimes defensive games make both teams look bad on oh-fense. But as it turns out, BYU is just not that good.

Also, it appears that Oregon is now the Big 12 Champ - using BYU logic for the 2021 season.

Just touched down in Honolulu and was pleasantly surprised to see the zoobs big defeat. Been a great day! Aloha! 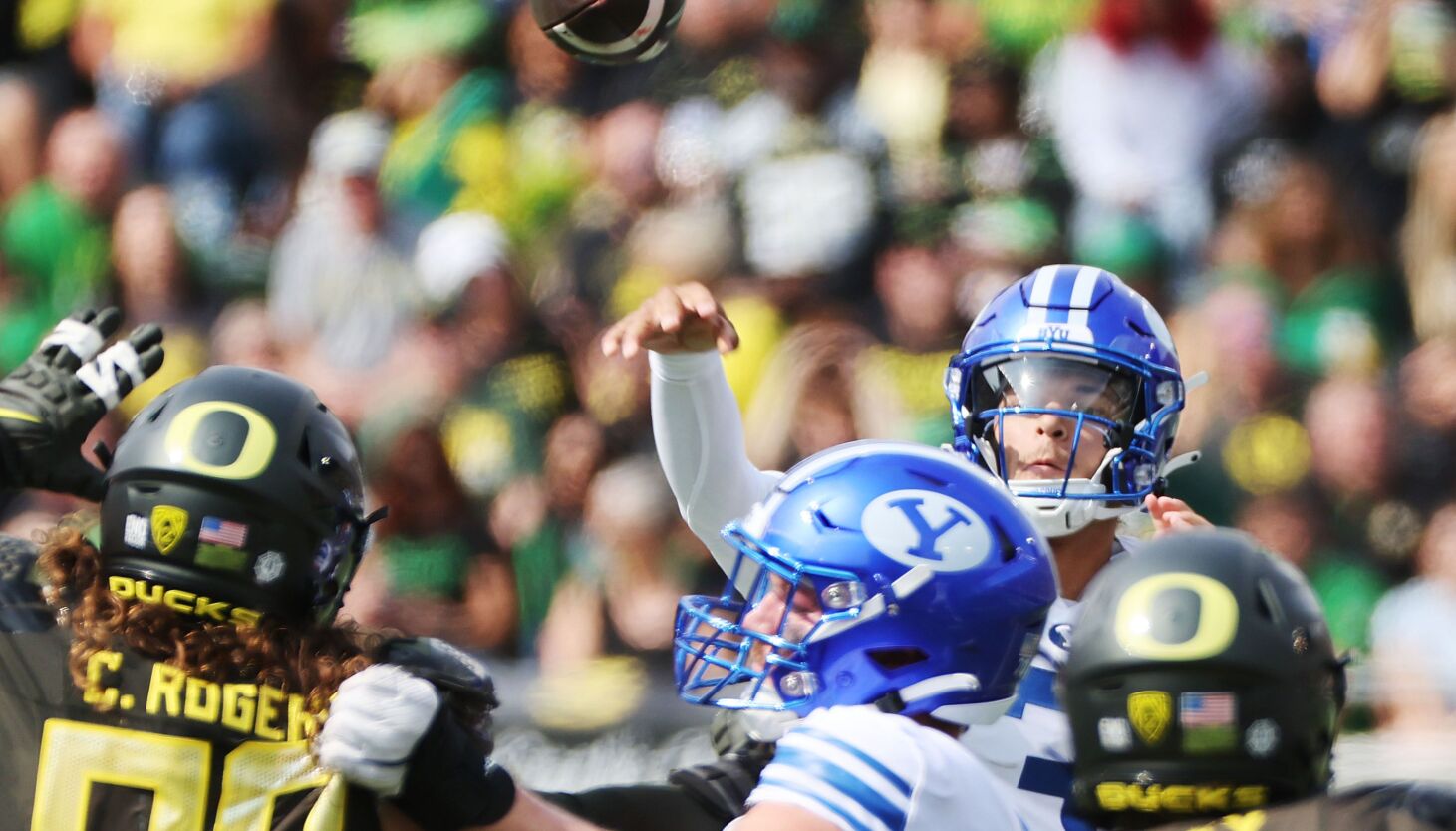 Was BYU the biggest loser in the country in Week 3?

National experts weigh in on what they saw from the Cougars’ blowout loss at Oregon.

Oh, I would say Sparky losing in their own house against Eastern Michigan was a lot uglier.

As we are starting to see, this season is the Georgia Bulldogs…and everybody else.

Thinking a little too highly of themselves I take it.