In other cycling related news

This is potentially very interesting news. I knew that LeMond had started a carbon fiber research type thing in Oak Ridge, TN. Not much information has come from that to the general public, and I haven’t paid enough attention to have much of an idea of what was going on there.

It does appear that the research from that venture may make it into the cycling world. It may also have wider applications, we’ll have to see.

I have met Greg, he seemed nice enough at the time, and he’s influenced my philosophy on bikes. He’s no fan of Armstrong, but LA was a bit of a dick to LeMond when Greg questioned LA’s numbers (watts, HR, etc) post cancer. Regardless, the news of LeMond jumping back into the industry is interesting. FWIW, this would be his 3rd foray into the world of bike selling. He had one, very short lived venture, prior to his joining up with Trek.

My wife and I have LeMond Tourmalets. They’ve been with us over 10 years.
It would appear, by at least a couple documentaries that not only was he “a bit of a dick” but LA went out if his way to have Greg’s Trek contract eliminated. Not sure if that’s the case, but we are very happy with the bikes and they were apparently well rated.
Others here with more expertise can speak to this.

LA and Trek ended the contract with LeMond, IMO because LeMond criticized LA. If LeMond had said nothing about LA then Trek, IMO would have left the LeMond brand alone. I can’t criticize LeMond for his stance on LA, especially in light of how LA treated the Andreus and anyone else who said anything negative about LA.

As for your bikes, that’s cool. I hope they continue to give you joy. I was at a shop, that sadly closed permanently this past Saturday. They had a vintage Lemond Tourmalet, going back to Greg’s 1st round of bike ventures. It was a pretty lugged steel frame, IIRC it had downtube shifters on it. I didn’t get a chance to look at it super closely, but it’s tubing reminded me of Columbus EL/OS.

It was similar to this one, but white, and w/o the new groupset.

Vintage Greg Lemond Bicycle. Columbus SLX tubing. Shimano Ultegra 6800. Italian threaded. Frame is from the late 80’s and was barely ridden. immaculate condition. Rides like a dream. As fast as any modern bike buy has that priceless road feel. Dream...

Remember. I’m the guy who has a triple crankset
Most uncool LeMond ever

Nothing wrong with the triple. Especially from the days where cassettes only went to 25 teeth. Now there isn’t much use for a triple, between 32 or 34 teeth largest cog in the cassette and a 34/50 up front. Hell with 1x drivetrains you can do 51/10 in back and 40 tooth up front. Things have come a long ways in 20 years. I remember my first real road bike had 12/23 and 52/39. I remember riding up the canyons with one wheelset that had a 11/21 cassette.

I’m working on a Cannondale now with a triple up front and a 6 speed freewheel. This Cannondale was made in the early to mid 80s. The wheelsize tells me that: it’s a 27" wheel, not a 700c. Finding decent tires for it has been a bear. But it will be an extremely nice bike again for my customer. The rear hub needs to be repacked, but as long as the bearings are in decent shape it’ll turn out well.

Remember. I’m the guy who has a triple crankset
Most uncool LeMond ever

Triples are cool if only because most roadies look down on them. I honestly hate the roadie attitude of looking down on literally everyone else.

Also, Lemonds are forever cool because the Reynolds 853 tubing is awesome.

I honestly hate the roadie attitude of looking down on literally everyone else.

I think it’s amusing. I ride for exersize and to get out, and my cheap, steel 10-speed is just as good at that as their $8,000 paperweight bikes.

The bike is a tool, it’s still up the the rider to be the motor. Afterall it’s cheaper for you to lose weight than take it off the bike, in many cases it’s safer too.

Triples are cool if only because most roadies look down on them. I honestly hate the roadie attitude of looking down on literally everyone else.

Also, Lemonds are forever cool because the Reynolds 853 tubing is awesome.

I’ve gotten the death stare multiple times. The deafening silence when we stop at a light together
I’m not worthy…

Every culture or sub culture is capable of sporting an attitude.

Pretty interesting: how mountain bike tires are made: 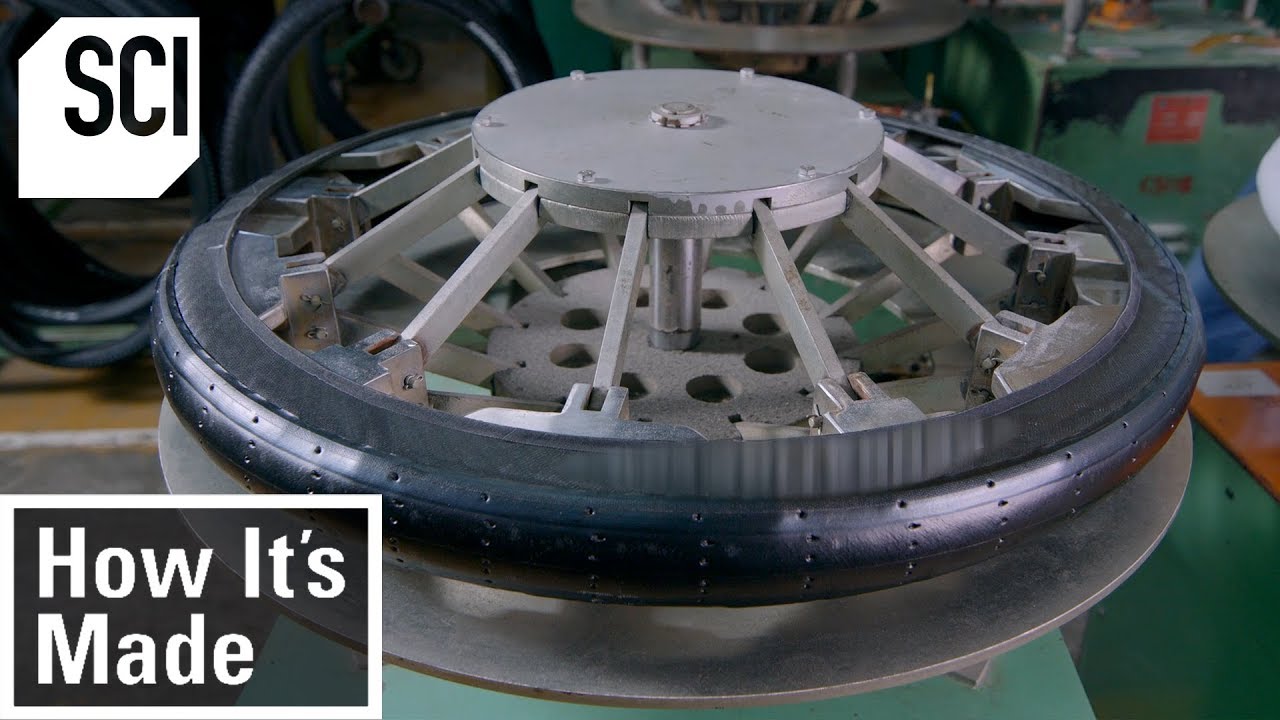