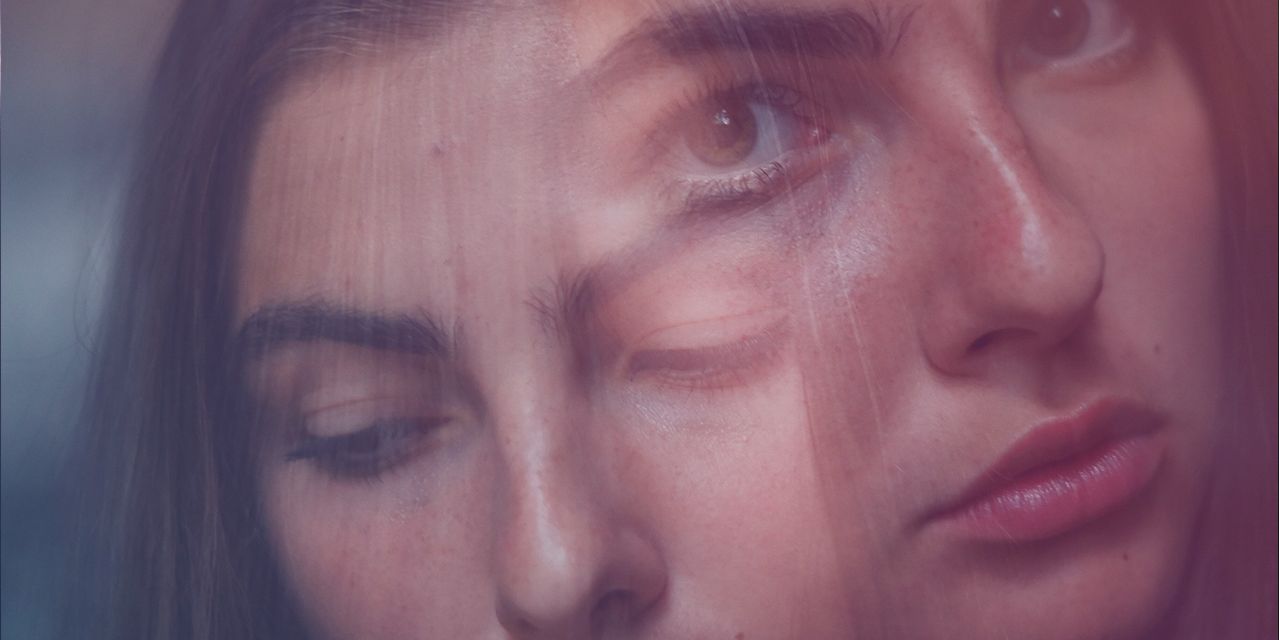 Its own in-depth research shows a significant teen mental-health issue that Facebook plays down in public. Part 2 in a series offering an unparalleled look inside the social-media giant’s failings—and its unwillingness or inability to address them.

I’m actually in the process of shutting down my social media accounts. My kids thus far have stayed off social media, not because of some mandate of ours, but they aren’t super interested. I know that can change on a dime. But were it up to me actually, if we could get all of society onto this, I wouldn’t let kids under 18 have smart phones… and probably phones in general, nor would they be allowed to do social media.

there’s a Ute athlete who is pretty active on twitter. His performance hasn’t been great so far this year and he’s tweeted about it. From what I can tell so far everyone has been understanding and encouraging, but that could change quickly.

Unfortunately, social media has increased the amount of bullying and the ability to bully exponentially.

My son, now 27, grew up in an era in which many children had access to all kinds of electronic media and entertainment, from cable TV, to Gameboy, to a multitube of gaming consoles, to iPod, to smartphones, had access to hand me down laptops when he was a little older with access to the web and all of social media as it was invented.

We recognized his need to have some access to these things as part of his generation’s culture, but also recognized in some small way that kids can get caught up in these things and miss out on real life.

As a result, we limited his access to all electronic media as we called it, to 1 hour per day, and then only after school, church, sports, etc. involvements were complete. We had a little trouble enforcing this and a little argument here and there when he was younger, and more argument once he was a teenager. But overall, he worked with us, and since he was limited, chose where he would spend his time carefully.

When he went off to college, we knew he was on his one. After one semester, he came home for Christmas, and brought his Xbox home saying he didn’t have time for it anymore and didn’t need the distraction of friends coming to his dorm room and playing it.

At 27, he uses electronic and social media much less than all of this friends, by choice. Knowing his personality, he would have ended up this way regardless of our constraints on him during his youth, but they didn’t hurt.

But were it up to me actually, if we could get all of society onto this, I wouldn’t let kids under 18 have smart phones… and probably phones in general, nor would they be allowed to do social media.

Agree. My Church used to preach against social media, but, as they realized they couldn’t win, they shifted to trying to get people to use social media for good. It hasn’t worked.

Your comment on kids under 18 should really be for all people. Smart phones in general have not made anyone better. We collectively spend a fortune on these things.

I still don’t have a phone. My son just started HIgh School. I had to choose if he would be a hermit with no phone like me or be connected socially with a phone and all the problems that come with it. We compromised with one of those phones that will only text and call but not connect to the internet otherwise. So far, so good, except for the stupid monthly fee.

My daughter loves to draw, and she’s good. She had an Instagram account to show off her work, but weirdos started making comments. We shut it down, and for now she just shows her art to friends and family.

I’m actually in the process of shutting down my social media accounts.

I don’t use Facebook much, don’t have an Instagram account, and have never Tweeted anything (I do have an account…I think), but am very involved in a number of online forum communities. I wonder if/how much those are factored into the equation for folks who are actively trying to disconnect from social media.

My initial response was, “ya think?” I can’t speak for the article or the young lady referenced in the article’s start. I can speak for myself. Since I essentially walked away from FB and IG, even for business I’ve been much happier. I still get IG notifications, but only from a few people or institutions that I like. No really random follows for me. People I want to keep in touch with, I do so via phone, text, or email.

As for FB knowing, that IG is toxic for teen girls, that’s just sick and wrong. It tells me that they don’t care about the well being of their users, adult or otherwise.

Old guy here that is a fan of mobile technology and to some extent social media. My kids are all grown and moved out now, but grew up with social media and mobile phones. They all had phones in high school and they were a great tool for keeping track of everyone. They were all active in sports and activities and I’m not sure how we would have managed without the communications we had, let alone the random car troubles or being stranded somewhere without a ride. And God forbid if there was any real trouble (remember the role cell phones played in the Columbine tragedy).

As far as social media, I probably use it more than my kids. Facebook and instagram is a great way to keep up with extended family all across this country. I rarely have anyone outside of family on my friends list. That’s all we really use it for…my daughter does use it as a promotional tool for her business.

As with most things, everything in moderation. I suppose I would have been tougher on usage if I had noticed things being abused, but fortunately that was not an issue. One thing that still bothers me with the mobile devices is when anyone divides their attention between me and their device during a conversation…I just stop talking and give em the old Clint Eastwood squint when that happens.

Yeah these are tough parenting decisions arent they? My kids had phones since they were probably 10 or so. Even today, my grown kids, all over 20, are on my plan. The exception is my missionary son, who, when he returns next year will be on my plan again. Because of him, I now have facebook too. Thankfully, they all allow me to put tracker apps on their devices.

I don’t like to go anywhere without my phone. Off the top of my head, the only place I don’t carry it is in the temple. Otherwise, it’s on me, and hope theirs is on them. I’m one of those guys that would never forgive myself if I missed that one call from my wife & kids that needed to be answered.

I’ll be clear, I’m a tech guy. I like the stuff. I’m on it as well (although Facebook almost never, Instagram once a week, twitter I check maybe 2-3 a week for news and laughs). My kids have tech too - it’s been a debate. It is nice to be able to communicate on the fly and know where they are. On the other hand, it was kind of nice as a kid to go out in the world, on your own for a few hours, solving your own problems.

The problem as a parent is about 100% of the kids have devices and that is how they interact. You are asking your kid to be a hermit without them. Of course all the dark side of that too comes. They still go out doing things you don’t know about, it is just far more insidious and dangerous and happening right in your basement.

I’m friends with one of my daughters friends on IG. It’s kind of sad, she obviously has body and approval issues. Posts a lot of pictures of herself, but deals with depression and anxiety that people aren’t liking her photos as much as she wants.

UFN is absolutely social media. But it is a community versus a competition I think. The second people start positing selfies on here and demanding attention I’ll shut it down.

It’s tough to navigate this stuff. For those out there trying to figure it out though, here is my advice after talking to a lot of experts about this stuff, and also the lead guy in Utah in the FBI who tracks down child predators: 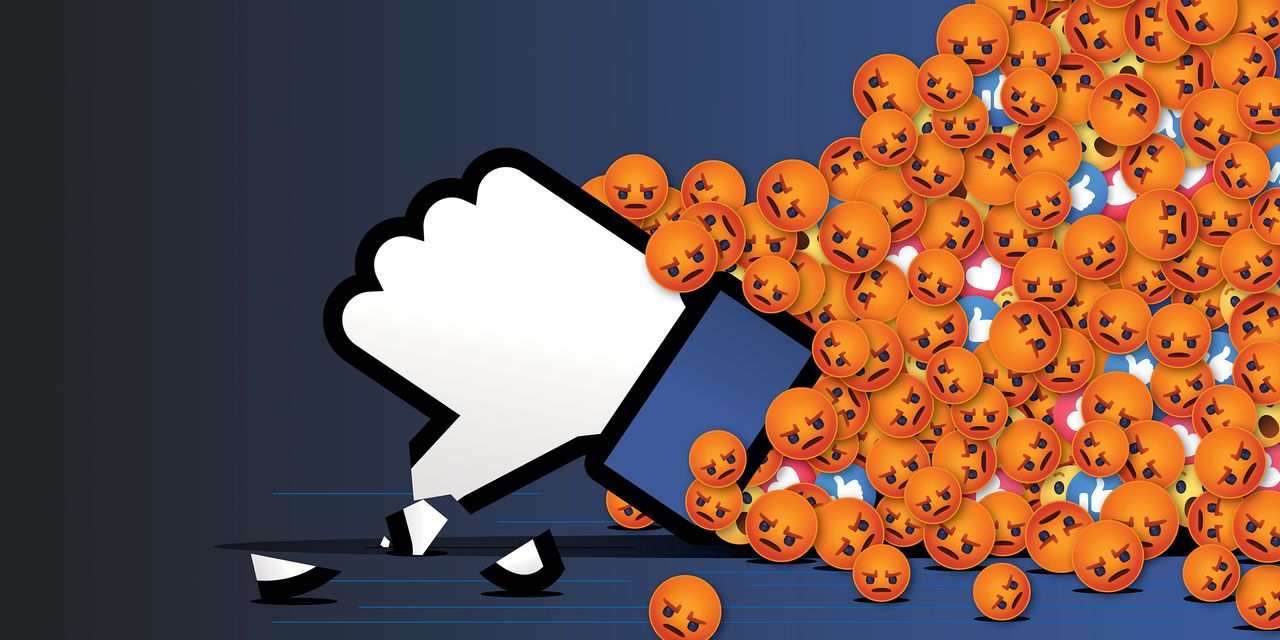 Facebook Tried to Make Its Platform a Healthier Place. It Got Angrier Instead.

A big 2018 algorithm change was designed to encourage positive interaction with friends and family. Company documents show how it had the opposite effect, rewarding outrage and sensationalism. CEO Mark Zuckerberg resisted proposed fixes if it meant...

Is there any question that Facebook is trash and Mark Zuckerberg is a pretty rotten person?