UPDATED EDIT: Well, Oregon will HAVE to feel a bit better after watching both Ohio State and Alabama failing to live up to THEIR hype: OSU loses in a non-squeaker, and Alabama required a miracle to get into Overtime, and the 4 overtimes and ANOTHER Miracle to survive that.

Add in the reality that Cincinnati struggled with ECU, the way we did with CU, and Those teams seem to not be living up to the Georgia standard. I have a feeling It will take something truly special to knock Georgia off from winning the CFP Invitational (after all, that IS all the damn thing is… a popularity contest).

So, in summation, 3 of 4 top CFP ranked teams lost, struggled against inferior team, or require multiple miracles at very tail end of game to survive. Only Georgia prevailed as expectged. Remind me again why a committee of biased men get to decide this garbage? Not looking THAT Much better than the total bull of the BCS we dealt with. As Bamafan referenced in his response, Alabama gonna be destroyed in that SEC CCG. And to think that a tough loss in OT to SDSU, another one on the road with a crappy QB to BYU are probably the reson we arent up their at least being mentioned. Sigh. Oh well, BRING ON THE DUCKS AGAIN

Ohio State and Alabama failing to live up to THEIR hype: OSU loses in a non-squeaker, and Alabama currently scoreless against Auburn to start the 4th quarter. Even if they pull out a win, this is showing they truly arent that monolithic.

Georgia is going to destroy us. That said, playing at Auburn is always Hell for Alabama. Y’all know how rivalry games are.

That game was nuts. If the Auburn RB goes down in bounds, we’d likely have a whole different playoff picture right now.

That game was nuts. If the Auburn RB goes down in bounds, we’d likely have a whole different playoff picture right now.

Battle drug his butt to the out of bounds. I really wish our deep threat wasn’t on kick coverage to get a targeting. Bill O’Brien sucks at play calling. Running our best RB to the worst side of the OLine. We got it figured out. Now, we’ll see if we can stay within’ 14 of UGA. 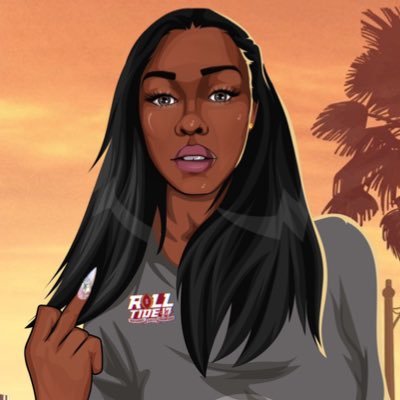 WELL WELL look at that… arrogant zoobs have their hands full at USC… Trojans have nothign but spoiler to play for, and who better to slap down than the overrated zoobs. Pac 12 or no, the ancient hatred for BYU runs deep. #UseTheDarkSideJaxson