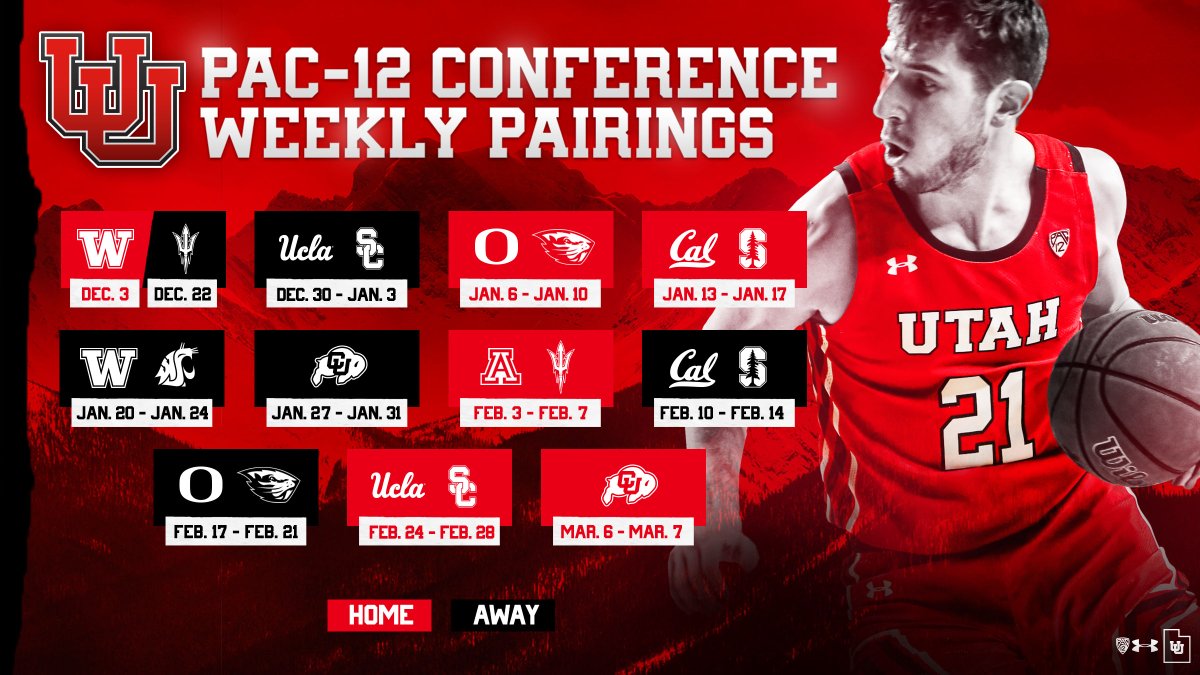 We have 3 games in South Dakota, Idaho State on Dec 8, @ BYU on Dec 12, UVU at some point and one more game still to be announced.

So I’m confused. We play Wazzu and Arizona only once each, but play Colorad9 four times?

It shows four dates with Colorad9.

No, its just saying we will play them in that window one time. Once in late january and once in early march. 20 conference games this year.

@NewbombTurk…I see what you did there.