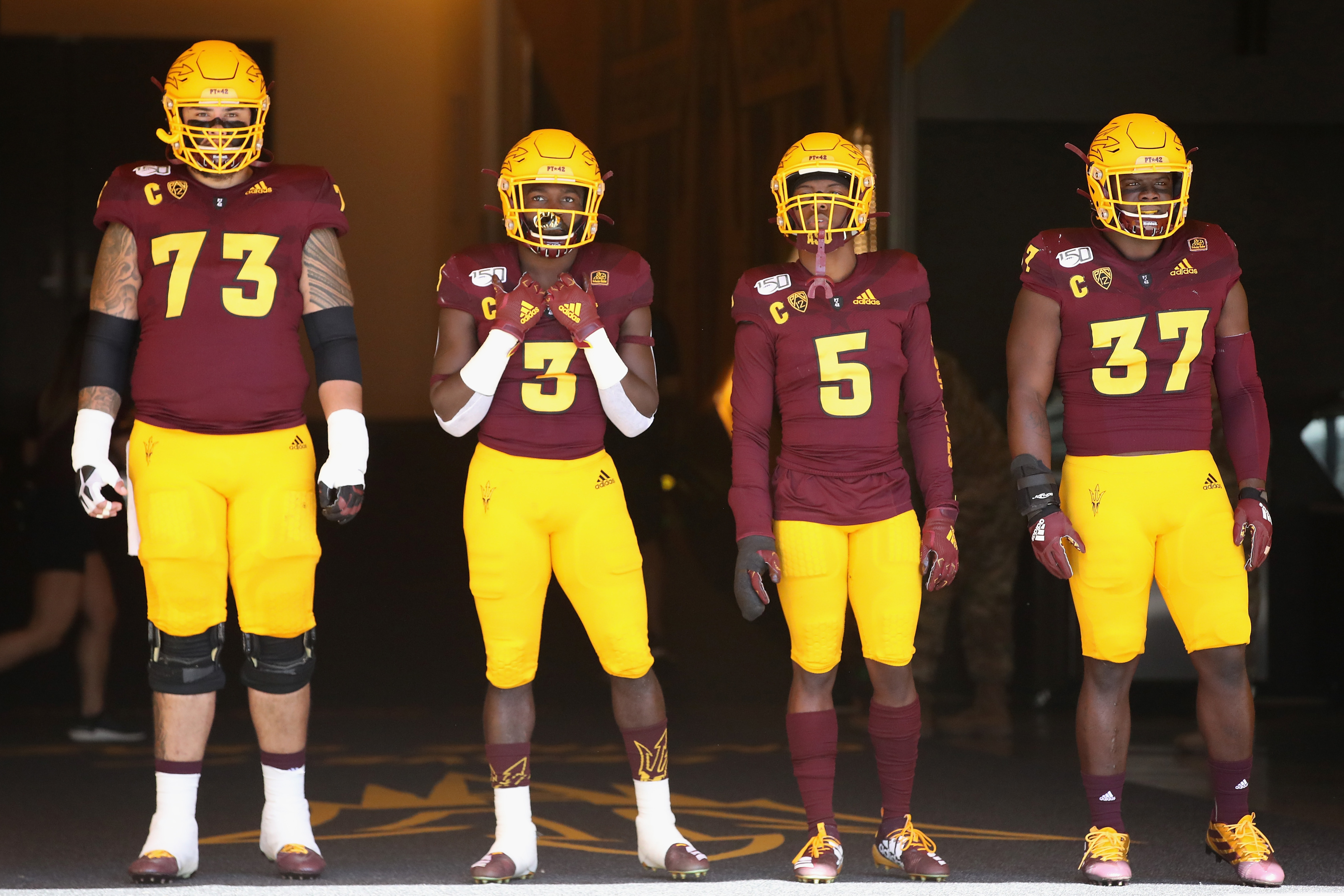 Arizona State football goes on the road to take on the Utah Utes. Will the 17th ranked Sun Devils play well enough to get the win in Salt Lake? Arizona Sta...

Click-baitey article about ASU v Utah - made me laugh actually.

Made me chuckle too. It’s definitely click bait, but I suspect that we are not their target audience.

The only one that I can see as legit was the “lightning in a bottle” portion, the rest struck me as wishful thinking. That said, the scumdevils have been a thorn in our side since joining the PAC. So, until we are at least on par with them in the league, I’ll take them seriously as a foe. Maybe that’s just the paranoid Ute fan in me coming out, but I suppose the program still has to prove itself against the scumdevils. Hope we beat them like a drum.

Not sure where the author comes up with this take:

As a senior at Utah now, he has not played as well as many thought he might be able to after four years in the program. Huntley has 1,393 passing yards in six games, and has yet to throw an interception, but has been inept at times trying to throw the ball.

This article so poo poo.

Guessing it originated at or near 1600 Pennsylvania Avenue.

Author is a Boise State grad who mostly writes about BS-U. Explains a lot.

That is truly an amazing article. Unbelievable one might say.

Stunningly misinformed and delusional. Yes, just like a Zoob.

And the Zoobs down south are eating up his twitter in which he insinuates that Utah fans are unreasonable because they roast him over it. So that is one more reason the Red Menace needs to steamroll ASU today.